How the son of the leader of a bloody organized crime group began to rule part of St. Petersburg

Ensign - in the "Crosses", his successor - on the official throne As it became known to Rucriminal.info, an active member of the organized crime group Vladimir Borisov (Ensign), directly the son of Konstantin Vladimirovich Borisov, was admitted to the state budget, entrusting him with the management of the Kupchino MO in St. Petersburg. 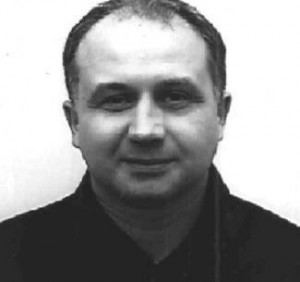 Ensign's organized criminal group has been actively operating in St. Petersburg and the region since the 90s, when retired ensign Vladimir Borisov put together a group of killers from former career officers of the special services. At various times, the group included: Yuri Biryuchenko (Tankman), Hero of Russia Polkovnikov Dmitry Alexandrovich, Kuzmins Vitaly and Dmitry, lawyers Anton Medvedev and the Lukonenko brothers and other criminal businessmen of the Northern capital. The Ensign's group hunts for everything - from theft of public money when fulfilling government orders and raider seizures, to contract killings. Among the victims of the organized criminal group are the deputy Starovoitova G.V., and the St. Petersburg restaurateur Mikhail Dolgopolov and other lesser-known people.

The son of "Ensign" Borisov Konstantin Vladimirovich has been at the state trough for a long time. For more than 13 years, he, with his father and the Kuzmin family, Vitaly and Dmitry, has been cutting the budgets allocated for the construction and repair of children's hospitals and boarding schools, and continues to do this through the hands of the Kuzmins Dmitry and Vitaly, since the "Ensign" himself is sitting in the Crosses on charges of seizing the building on Avtovskoy 16.

But so officially, Borisov K.V. entrusted the management of the state money for the first time.

The insides of the criminal, of course, got the better of Konstantin Vladimirovich and instead of solving the problems of the municipality, the newly appointed (since November 2021) Head began to zealously cut the funds entrusted to him.

As is customary in this community, the cut was clumsy and shameless, according to the old and worn out cash scheme, through a travel agency.

Reference: Travel agencies often have a large amount of cash from customers, but at the same time they also need cashless payments for settlements with partners, and of course their owners have a desire to earn some money for selling cash. Also, this scheme is quite difficult to verify, because excursions and tickets are really sold to people, only they have nothing to do with what the Customer pays cash for.

Konstantin Borisov took advantage of this desire. For the period from February 2022 to June 2022, Kupchino Municipality purchased tickets from TRANSIT TOUR LINE LLC in the amount of 26,628,600.00 rubles, provided that 50,156 people lived in Kupchino Municipality in 2021, and the cost of the most expensive ticket for events of this nature is about 2,000 rubles - Konstantin Borisovich, according to legend, gave the joy of art to at least 13,314 residents of the municipality.

But this is not true. According to the source of Rucriminal.info, Borisov K.V. brazenly poured budget funds through the specified travel agency. It is interesting to observe the dynamics of the cut:

First Borisov K.V. he was cautious, for two months with an interval of a couple of days he sent amounts up to or equal to 600,000 rubles to the Travel Agent. This was due to the fact that 600,000 rubles is the border amount for the control of Financial Monitoring.

Around April, someone advised Borisov K.V. send less often, but in large tranches, the amounts have grown to several million.

In the meantime, the amounts sawn by Borisov K.V. were growing, potholes on the roads continued to grow in the yards of the Kupchino municipal district. For example, between houses 57 and 59 along Budapest street (photo 1), which the residents of the houses repaired with their own efforts.

But probably their work was awarded a couple of tickets to the Musical (no).

The problem of roads in Kupchino has been acute for a long time, back in 2019, the newly elected head of the municipality, Aleksey Ponimatkin, promised residents:

“Deputies understand that the roads are bad. But 22 million we have to pay the debt for the roads of the past leadership. There are already court decisions for almost 8 million, we will do an examination for 8.6 million, because we believe that these roads have not been made. We will work with the reserve fund, and get out "

Didn't get out. Heads change, but the holes in the road remain and it only got worse (photo 2).

Moreover, Borisov K.V. does not even try to create the appearance of work - there are no other orders at all in the register of state orders of the Kupchino MO, no repairs, no landscaping - only art.

As before, the Borisov and Kuzmin organized crime groups steal state money with impunity, spit on the law and have grounds for this.

The group is under the long-standing patronage of a number of employees of the UBEPiK and the Prosecutor's Office of St. Petersburg, which we have repeatedly written about earlier, and for years has been avoiding punishment, getting off with a “light fright”.