How Ryumin hid behind the name of Putin

Is Medvedchuk's relative FSB too tough? In the summer of 2020, the former head of the SEB of the FSB of St. Petersburg, Andrei Yakovlev, was seconded to Lenenergo, who in a year of work collected a dossier sufficient for the then head of Lenenergo, Andrei Ryumin, to initiate a dozen criminal cases. Ryumin is Viktor Medvedchuk's creature and believes that this frees him from any responsibility. But Yakovlev is not simple either. He has long-term friendly relations with the first deputy director of the FSB of the Russian Federation, Sergei Korolev. 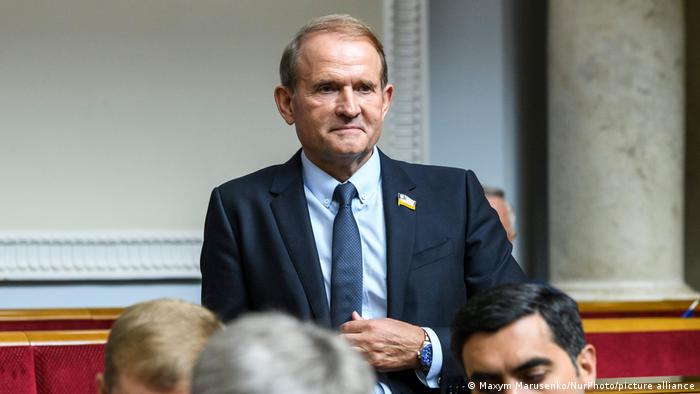 Rucriminal.info learned that Yakovlev dug up on Ryumin.

The main issues that the seconded FSB officer Yakovlev drew attention to related to the following points:

- the development of targeted money. By order of Ryumin, the investment component for restoration increased, the restoration itself was carried out in the amount of about 10%, the rest of the funds were used.

- as part of the comparison of purchases of inventories, it turned out that for the same items for purchased goods (components), the price is higher from 10 to 30% in comparison with other organizations.

The state program is not being implemented, and the money for the tariff is collected and deducted into inflated purchase prices and inflated prices for contract work.

Money was allocated from the budget for the certification of property, which, in fact, was not carried out in full. 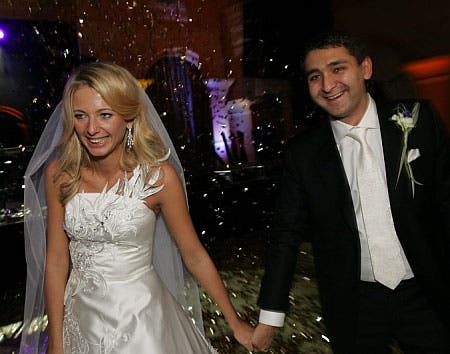 According to a Rucriminal.info source, under the guise of an instruction from the President on the consolidation of territorial grid organizations (TSO), Ryumin tried to absorb JSC LOESK, the largest TSO in the Leningrad Region with revenue in 2020 of 8.3 billion rubles. Having received a refusal, Ryumin gave instructions to do everything necessary to reduce the profitability of "LOESK" by increasing the requirements for the quality of services, which will inevitably lead to an increase in costs and, as a result, will force the organization to be sold.

Having received the long-awaited position of the chairman of the board of Rosseti, Ryumin is actively investigating the Minister of Energy Shulginov for lobbying the interests of Rosseti in the regions.

Thus, a strategically important industry that is or may pass into the hands of the Ukrainian oligarch Medvedchuk, who controls Ryumin's actions, endangers the energy supply of all regions of Russia.

With the departure of ex-senator Alexander Sabadash by a court sentence to a colony and the dismissal of Andrei Srochinky (general director of JSC Lenenergo until 2015), who masterly placed 13 billion rubles in Tavrichesky Bank (after which the bank collapsed and the money disappeared), “ Lenenergo took a short break from reputable business and crime. With the arrival of Andrei Ryumin, it was expected that such things would be done away with, but everything turned out to be only worse. According to the source, the development of tens of billions of rubles allocated for construction, at the suggestion of Ryumin, passed under the control of the authoritative businessman Vladimir Golubev, known in St. Petersburg and Moscow as Barmaley. Alexei Goryachiy, who had previously worked as a director at Meridian (owned by Barmaley's son Maxim Zhukov), was appointed an advisor to Ryumin.

His merits were duly appreciated by law enforcement agencies in two criminal cases (theft on contracts from Lenenergo). Despite the fact that Goryachev has been under investigation for almost two years, he continues to be listed as the Deputy General Director of PJSC Rosseti Lenenergo for construction. In the meantime, he is dealing with the stolen money and investigators, his functions are performed by Vitaly Bulatov, who already has a PREDICTION FOR THEFT, but which the Lenenergo management, including the security service, tactfully keeps silent about.

Ryumin, knowing about Bulatov's past, appointed him in May 2020 to act as the chief of construction at the same time as he combined the post of director of the DSO (Directorate of Projects under Construction, where, according to the investigation, Goryachev was stealing money). And in August 2020, Ryumin's confidant and controlled person, who, thanks to the opposition of Governor Alexander Beglov, fails to become a full-fledged director without the prefix acting, Igor Kuzmin leaves the convicted Bulatov to perform the duties of Deputy Director for Construction of Rosseti Lenenergo PJSC. And on the acting. The post of director of the Directorate of Construction Projects is appointed by Bulatov's deputy, Andrei Gurylev, who miraculously bounced back from criminal cases.

All these "masters" of energy construction started in the Srochinsky-Sabadash team and continue to hone their skills under the Ryumin team. At the same time, Rosseti are located in buildings controlled by Sabadash, who is in prison and receives money from Rosseti. With such intricacies, the picture for the fight over control of PJSC Rosseti Lenenergo between Ryumin and Beglov begins to play with different colors.

Now the FAS is considering a case of a large cartel conspiracy, behind which is visible the "shadow" of the general director of "Rosseti" Andrey Ryumin. At the same time, the materials of the antimonopoly service mention the existing two criminal cases concerning both Rosseti themselves and Lenenergo, which was previously headed by Ryumin. "It's about a real cartel collusion with the criminal component, - said the source of the telegram channel VChK-OGPU - Of particular interest is Ryumin's favorite - the company EnergoProektEngineering, headed by Zhanna Bulavchik. She got 140 contracts worth several billion, which are carried out with large delays and poor-quality work. Taking into account the fact that the FAS is now pocket and the Artemyevskys have been removed from it, it is not difficult to guess that there will be a solution that Ryumin needs. However, he will not be able to solve the problem so easily with criminal cases ”. 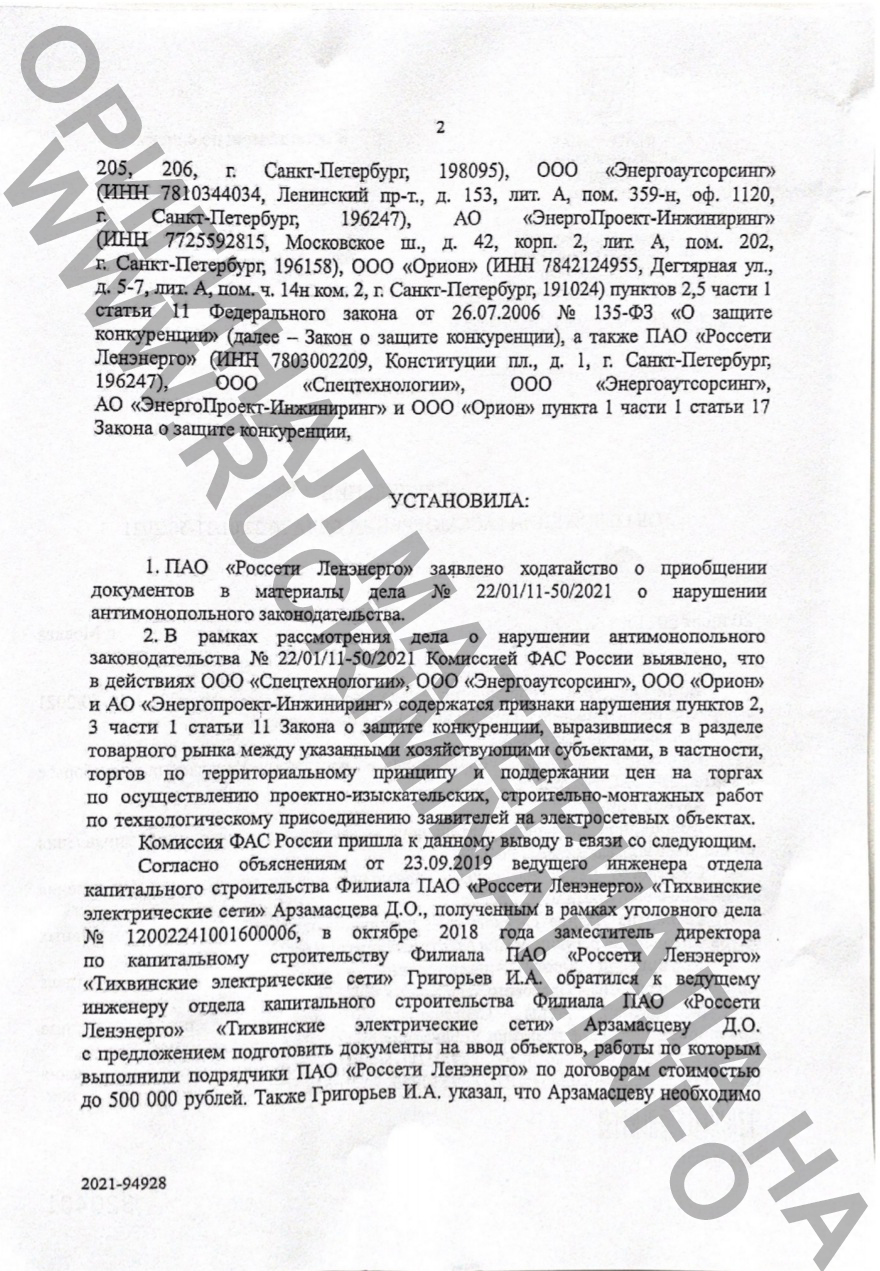