As the Russian Railways turned the sun scene

Perm Zoo will be exchanged for trains 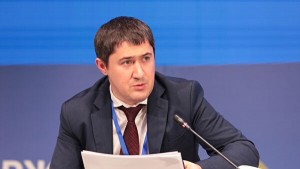 The publication of Rucriminal.info on the situation with the construction of a zoo in Perm, the main contractor for this project is RZDstroy, caused a stormy response from those related to the failed project. Still, hundreds of millions of rubles had been mastered, the project was overgrown with criminal cases, but it did not budge.

In the telegram channel “By the way” such a version of events was published; “Former Governor of the Perm Territory (2012-2017) and former Minister of Regional Development Viktor Basargin at one time came up with the initiative to build a zoo. The competition was won by a subsidiary of Russian Railways Russian Railways. .. However, Basargin was unexpectedly exchanged for Reshetnikov, who wanted to scale the zoo to the largest in Europe. For this, the administration demanded to change the terms of reference for the project in 2018, and then again in 2019, and then again in the same year - and each change in the project needed a state examination, without which it is impossible to start building - they will put it in prison. Therefore, the construction and fell into the wheel of endless construction and hardly progressed. But as we know, the governor at the Perm Territory has changed again, which means that all the projects of the region’s administration have again been suspended for some time. ”

We tell why this version does not hold water. The only thing Reshetnikov asked was to rotate one pavilion with a stage 180 degrees so that the sun would not shine directly in the face of people. Based on this, they decided to review the prices of the entire construction of the stadium. And re-enter the State Expertise. And to get out of it with the cost already ... 30% higher.

“The real reason for the rise in price is different. In fact, the construction was carried out by a migrant with a gross violation of the rules. The piles turned out to be of the wrong length - they had to be interrupted. Plus, foundations were frozen, which in the summer began to give deformation. And then the constructed buildings began to be covered with huge cracks. And maybe some building had to be demolished. But this is not due to shortcomings of the project, but because of disruption to the work, ”said the source of Rucriminal.info.

According to him, all this was covered by the chief engineer of Russian Railways - Sosalin Vladimir Alexandrovich.

And the Deputy General Director for Construction, Andrei Makarov, had to agree and indulge in 2019 the Governor of the Perm Territory Maxim Reshetnikov.

The project of the zoo did not go for a re-examination to the State Expertise not in 2017, not in 2019. This was the deepest desire of RZDstroy and the contractor LLC STUZ Firm, which belonged to Artem Yuriev, Oleg Patsulya (friend of the vice-president of Russian Railways Oleg Tony), Vladimir Sosalin, Makarov.

When it became clear that a second trip to the State Expertise was not expected, law enforcement agencies took up the matter. Charges were brought against the project participant, Ilya Sergeyevich Kozyrev, the son of the former vice president of Russian Railways. Now Kozyrev made a deal with the investigation. 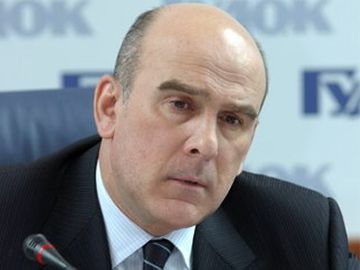 But there really were agreements with Basargin and his team - RZDstroy comes to the construction site, repeated State Expertise, increase estimates and fabulous profits. Only now the profit was withdrawn at the very beginning of construction, and then everything changed. And there was not enough money for the completion.

Two branches of RZDstroy-SMT-5 (Yaroslavl) and Specmostotrest (Moscow) are currently rebuilding the zoo in Perm. But the end-edge is not visible. As a result, Russian Railways offered the acting governor of the Perm Territory Dmitry Makhonin a deal. Makhonin wants to restore rail traffic along the Perm I - Perm II section. (It was closed after Reshetnikov promised Vladimir Putinink to develop the Kama embankment and asked to remove the trains and railways needed by people). Instead, they asked Makhonin to close his eyes to the situation with the zoo.