How Evgeny Zinichev was killed Rucriminal.info and the VChK-OGPU telegram channel, together with their sources, collected information about the circumstances of the death of the head of the Ministry of Emergencies Yevgeny Zinichev. We acquaint our readers with the information we have received so far. The chronology of the tragic morning gives rise to a large number of questions for the minister's retinue. Zinichev, together with his entourage, left the exercise in Norilsk at 4 a.m. Moscow time. First, a Mi-8 helicopter took the officials to a picturesque lake, and from there they flew to the waterfall. At the Kitabo-Oron waterfall, Zinichev was accompanied by: Deputy Head of the Ministry of Emergency Situations Andrei Gurovich; another deputy of Zinichev, Viktor Yatsutsenko; Soinikov Chief of Staff; Alexey Katerinichev, First Deputy of the Center for Special Risk Rescue Operations “Leader”; advisers Merzlikin and Mukhin; Director of the Information Policy Department Zhanna Terekhova; directed by Alexander Melnik. Viktor Yatsutsenko is known for being responsible for organizing a table for the minister, for his safety and logistics in joint trips. The investigation found out that the Mi-8 helicopter, on which the flight was made, did not have permission for this and landed in the wrong place.

The source of the Cheka-OGPU and Rucriminal.info claims that the accident occurred around 6 o'clock in Moscow.

Experienced rescuers say that it is better not to climb the waterfalls of the Irkingdy River without equipment, at least without reliable shoes and poles.

As a result, at the top, events moved rapidly. Zinichev and Melnik approached the cliff, one stumbled and lost his balance, the other tried to grab his clothes, but he also could not resist on the wet stones. The men fell from the height of a 7-8-storey building.

Almost immediately after the incident, at 6.16, the deputy head of the Ministry of Emergency Situations Andrei Gurovich made several calls to the first deputy director of the FSO Oleg Klimentyev. Obviously, it was necessary to get advice from an older friend on how to proceed.

After this call, the financier Gurovich decided that the rescue operation should be carried out on their own.

Any rescuer knows that after such a fall, the victims must be fixed and wait for the arrival of a special helicopter. At this time, exercises were still going on in Norilsk. That is, at the side of the crashed Minister of Emergencies, a huge group was deployed with helicopters equipped with special capsules, with medical teams sharpened for such emergencies and ready to carry out resuscitation measures at the first signal.

Since Gurovich is still a purely "clerical" person, there was hope for the experienced Viktor Yatsutsenko. However, he, who took part in various rescue operations, simply took over the leadership of rescuing those who fell from the cliff on his own and refused to call the emergency assistance site.

According to sources of the Cheka-OGPU and Rucriminal.info, when Zinichev and Melnik were loaded into a helicopter, both were alive. At approximately 8:00 Moscow time, the helicopter called the air traffic control service, reported the incident and requested two reanimation vehicles, two ventilators and a second blood group. The dispatcher reported the incident to the Unified Duty Dispatch Service. The minister and the director were brought to the hospital at about 9 am, when they had already died. 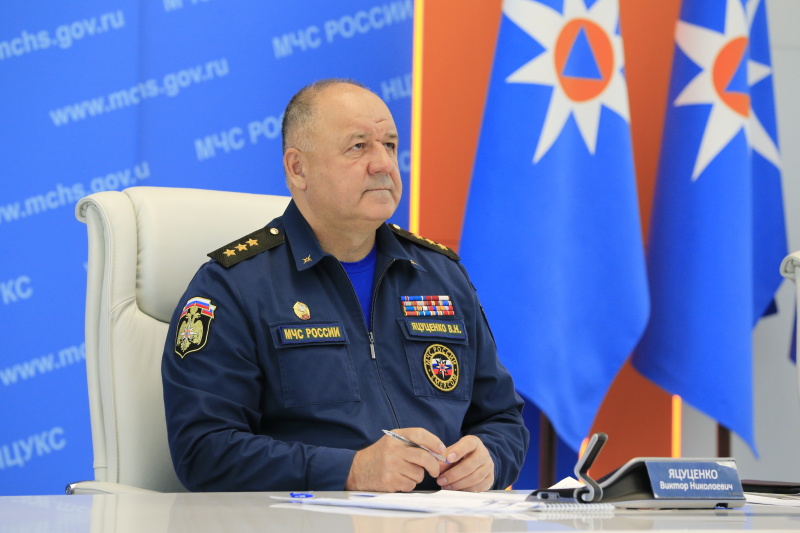 An hour before arrival, somewhere around 8 Moscow time, Gurovich reported the incident to the first deputy head of the Presidential Administration, Alexei Gromov. I handed over, let's say, a convenient version. Apparently, it was Gromov who gave Margarita Simonyan a version of what happened, which the whole country heard. Simonyan was the first and, by the way, the last one who said at least some details about the death of the minister. “He and the operator stood at the edge of the ledge. The operator slipped and fell into the water. There were enough eyewitnesses - no one even had time to figure out what had happened, as Zinichev rushed into the water after a man who had fallen off and crashed against a protruding stone, ”said the editor-in-chief of RT.