How Minister Reshetnikov saved people from the sun

Will the criminal zoo get to the ex-governor of Prikamye 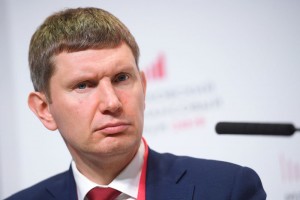 For several hours on April 23, a search was conducted in the office of the First Deputy Prime Minister of the Prikamye Government, Mikhail Syutkin. Interior Ministry officers searched for documents in the case of the appropriation of budget funds during the construction of the zoo. Syutkin is a man from the close team of the ex-governor of Prikamye, and now Minister of Economic Development Maxim Reshetnikov. Moreover, ten days ago, Syutkin wrote a letter of resignation of his own free will, in connection with the move to Moscow for a new job. The work that received under the patronage of Reshetnikov. The current minister also appears in the case and, according to Rucriminal.info sources, the investigation has many questions for him. Our sources told about the role of Reshetnikov in the theft story. Recall that the defendants in the case of embezzlement of funds allocated to a new zoo in Perm are Ilya Kozyrev, ex-representative of Russian Railways, and Dmitry Levinsky, former head of UKS. Both are defendants in a criminal case under Part 4 of Article 159 of the Criminal Code of the Russian Federation (especially large-scale fraud committed by a group of persons by prior conspiracy) and are in jail. Mikhail Syutkin, as a former Minister of Construction of Prikamye, is still a witness in this case. Syutkin is very closely connected with Reshetnikov. In February 2017, Maxim Reshetnikov became the head of the region and immediately invited Mikhail Syutkin to the team. Already in March, Mikhail Syutkin was appointed Minister of Construction of the Perm Territory, and a few months later, in September, he received a second post - First Deputy Prime Minister, continuing to combine it with the post of Minister. In January 2020, Reshetnikov was appointed Minister of Economic Development, and two months later decided to drag Syutkina to Moscow. And just at that moment the story of the zoo hit them. And everything could have worked out, as the Russian Railways representatives intended, if Basargin had not been removed at the beginning of 2017, and Maxim Reshetnikov had not been put in his place. And I had to negotiate again. Moreover, successfully. The new Minister of Construction Syutkin, the new head of the Department of Capital Construction Dmitry Levinsky came to the government. Initially, they were meticulous about how the zoo project works. And then, as if on command (from whom did she follow) they began to turn a blind eye. And the equipment was purchased by a subcontractor not design, many flaws were allowed in the construction.

As often happens, all the money was stolen, and the end and the edge of the construction of the zoo was not visible. What to do? As the sources of Rucriminal.info said, they decided that they needed an excuse to conduct a second State Expertise, which would increase the estimates. And you know who gave this excuse? Former Governor, and now Federal Minister Maxim Reshetnikov. Suddenly, he personally put forward a categorical demand that one of the pavilions with a stage must be rotated 180 degrees. Otherwise, they say, the sun will shine right in the face of people. Only on the basis of this, it was decided to revise the prices of the entire construction of the stadium. And re-enter the State Expertise. And get out of it with a cost 30% higher.

At the same time, Syutkin and Reshetnikov, noticing the wrongly turned pavilion, did not notice that the construction was carried out by guest workers with a gross violation of the rules. The piles turned out to be of the wrong length - they had to be interrupted. Plus, foundations were frozen, which in the summer began to give deformation. And then the constructed buildings began to be covered with huge cracks. All this was covered by the chief engineer of Russian Railways - Sosalin Vladimir Alexandrovich.

What informal gratitude for their services received Reshetnikov and Syutkin, it is necessary to find out to law enforcement agencies. But the source of Rucriminal.info said that Reshetnikov requested without privacy. The Russian Railways agreed to redesign the Perm railway bypass and delay the closure of the Perm I - Perm II railway section.

However, despite all the efforts of the conspirators, a second trip to the State Expertise did not happen, law enforcement agencies took up the matter. Charges were brought against the project participant, Ilya Sergeyevich Kozyrev, the son of the former vice president of Russian Railways. Kozyrev made a deal with the investigation. Charges were brought against Dmitry Levinsky. Now the turn has come to Syutkin.