“How could an FSB major at the age of 30 make a billion dollar fortune?”

A fugitive businessman told the whole story about the arrested shadow "king" of the Lipetsk and... The ex-deputy of the Lipetsk Regional Council and the ultimate beneficiary of the SU-5 Group of Companies, who left Russia, told the VChK-OGPU telegram channel and Rucriminal.info told how the shadow owner of the Lipetsk and Tambov regions Evgeny Sviridov and his patrons from the special services hunted him . Earlier, the Cheka-OGPU announced the arrest of Yevgeny Sviridov. At one time, with the support of the former head of the Lipetsk FSB Kirill Gritsai, the deputy head of the ZKSBT FSB department for the Lipetsk region, Anton Vorobyov, was lured into the region by his classmate Yevgeny Sviridov (a former FSB officer, dismissed with the rank of major, his father is also a former FSB officer, Sviridov Ivan Alekseevich, dismissed with the rank of colonel, currently the general director of Tambov Regional Sales Company JSC, Sviridov is also controlled by Tambov Grid Company JSC, the state of the Sviridov family is estimated at more than 1 billion rubles, the turnover of legal entities controlled by Sviridov is more than 10 billion rubles, there is a list). Since 2015, the Sviridov family has taken full control of the following areas in the Tambov region: electricity, water supply, heating, waste disposal, fines from video recording cameras, management companies, cashless payments in public transport. The situation is similar in the Lipetsk region. Family structures had or have large contracts in the Lipetsk region for road repairs, waste disposal, construction of infrastructure for the Lipetsk SEZ. A businessman, a former FSB officer, Sviridov is accused of participating in raider seizures of enterprises in two regions of Russia. In the Lipetsk region, Evgeny Sviridov acquired assets from the well-known ex-deputy of the regional Council, chairman of the SU-5 Group of Companies, Mikhail Zakharov. However, the buyer did not pay off these transactions, as their seller says, having lost the opportunity to fulfill his obligations to build housing in the Evropeisky microdistrict.

Mikhail Zakharov himself, who now lives in Germany, told Rucriminal.info about this. Having learned about the arrest of Yevgeny Sviridov, the former Lipetsk developer decided to talk about how he became a victim of this man, which led to a forced flight from Russia: 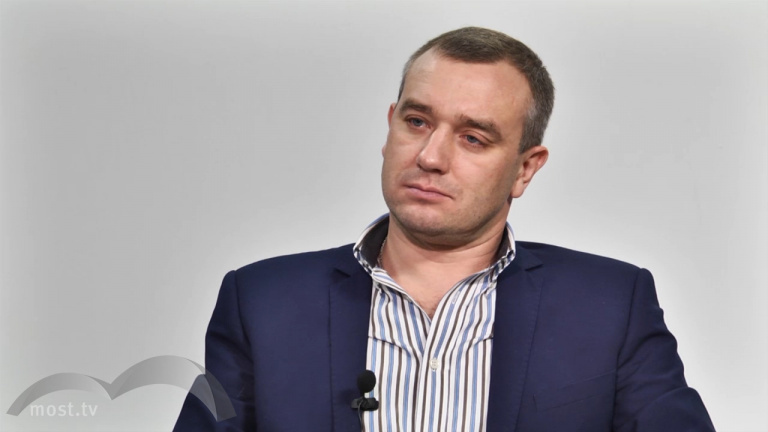 – This person first entered the Tambov region, and in the winter of 2017 contacted me. He asked if I would like to sell some assets? Experiencing financial difficulties with the completion of the European microdistrict, I said that I could sell him a quarry, an asphalt plant and road equipment in Tyushevka. The quarry and the LDSP-1 enterprise were formally listed on my wife. We agreed on a deal for 300 million rubles. I gave him shares at face value. We signed an agency agreement for this amount. Sviridov had to immediately transfer it to the SU-5 account so that I could fulfill my obligations to equity holders and complete the construction of houses in Lipetsk.

Evgeny Sviridov personally became the buyer of my assets. The transaction took place on April 2, 2018. Documents for a quarry and a road-building enterprise were handed over to him, the papers were signed, and his wife received money from a notary for her nominal shares in these companies - 20 thousand rubles. For those who understand little about business, I will say that the face value of a company and its market price are two different things. The nominal value is often 10,000 rubles, and the company can cost a billion. My wife received a penny at face value, but SU-5 and I, as the final beneficiary, did not receive money under agency agreements. And the next day, the security forces came to our office with a search. They seized most of the documents. Thin, who was in charge of the legal service, had only an agency contract for 70 million rubles. Later, I realized that this was a well-planned raider takeover.

These 300 million would be quite enough for us to complete the construction of houses in Evropeisky. By the way, in the criminal case in which I am accused, the construction expertise appointed by the investigator came to almost the same conclusion. While all these events began to occur, I began to travel to Israel for treatment - I do not hide from anyone that I have the third stage of oncology. During one such trip, I called Sviridov and asked when he would pay the money to my company. And he said: "Deal with the security forces"! So I came to the conclusion that the companies sold to him by my wife and the search were links in the same chain.

Sviridov constantly flaunted the fact that he was a former FSB officer. In my presence, he called several times those people in the Lipetsk regional department of the FSB who are mentioned by the Cheka-OGPU, and, as it seemed to me, gave them commands. He did it openly. If he was arrested, then all his contacts and correspondence in instant messengers are not a secret for the investigators. By the way, when this whole story began, there was no criminal case against me and my wife.

With the advent of Sviridov in Lipetsk, strange things began to happen. For example, we wanted to sell land plots in order to raise money for them and send them to build houses, but they were arrested. We went to meetings in the prosecutor's office, to the head of the regional department of construction and architecture Andrei Shorstov, to the then first vice-governor Yuri Bozhko. We asked to remove arrests from the land for which there were buyers, from the equipment, some of which we wanted to sell in order to build houses. But they tied our feet and said: “Run!” Everyone played on Sviridov's side, but no one played on ours.

So that you understand, in unfinished houses there were only half a billion rubles worth of unsold apartments. But in the end, our property was stolen and sold for next to nothing. So far, only one of the bankruptcy trustees has been prosecuted. But I think there will be new criminal cases. For example, one of them sold a plot in the city center for a 10-storey building with a building permit for a few pennies, while we bought it for 50 million rubles. We are talking about a site next to Lipetskkombank, now Zenit Bank. And there were already networks, there was a foundation pit and piles were already driven in! And so on throughout the property.

So that you know, at the time of my departure from Russia, the capitalization of my companies was about eight billion rubles. Asphalt plants, concrete units, dozens of pieces of equipment, bases, 53 tower cranes, thousands of square meters of formwork ... They stole everything, cut everything into scrap metal, and sold it for next to nothing. And one and a half thousand people with a white salary worked for us. We didn't have loans. The SU-5 group of companies was one of the city-forming enterprises. And thanks to people like Mr. Sviridov, it was destroyed.

In the Russian media, at the suggestion of the Investigative Committee, they write that Zakharov deceived hundreds of equity holders and fled abroad with their money! Yes, formally, my criminal case was initiated on the basis of applications from people who did not receive an apartment on time. But today there are no equity holders, not only among the victims, but even among the witnesses in this criminal case. That is, Zakharov did not deceive a single equity holder.

By the way, the prosecutor's office and the German court refused to extradite me to the Prosecutor General's Office of the Russian Federation on the basis of the documents that were provided to them. The German law enforcement system spent two years figuring out what I was charged with. And in my homeland they accused me of collecting money from people and spending it on building houses for them! So what was my crime? All funds of equity holders went to the cause - to the construction of the Evropeisky microdistrict. All my problems started after Sviridov was given the green light in the region. He was in every office. To him, unlike me, there were no questions at all. And they should have been. For example, to how he received JSC Tambov Grid Company. His owner died, and his wife was thrown into the money. Sviridov was arrested in Moscow at the request of a businessman whom he deceived for 70 million rubles. He did not have a transparent business. I consider him a swindler - well, how could an FSB major at the age of 30 earn a billion dollar fortune?

You ask, why don't I come to Russia and give exhaustive testimony in the criminal case in which I am accused? I am not against the court. I am against the court, where there is no place for documents, but there is only state prosecution. I'm not just talking about myself. I read the media. I see what is happening in Russia, where people like Mr. Sviridov parasitize. They have already digested Moscow and went to the regions where there is still something left. The experience of those who returned is sad. Commissioner under the President of Russia for the Protection of the Rights of Entrepreneurs Boris Titov promised them that they would not be prosecuted, but they all sit.

How can I fight the system when I return to Russia? If I arrive, they will immediately detain me. And it doesn't matter under what article - for swearing in a public place, for crossing the street on a red light. Then there will be a landing. The task of the security forces is to arrest me, place me in a pre-trial detention center on command from above, where I will simply die without expensive treatment.

I would like to apply to law enforcement agencies through the Cheka-OGPU with a request to give a legal assessment of Sviridov and the episodes that I reported.