How and why Putin's security guard was poisoned

"Tsepov organized the murder, but it failed" Rucriminal.info continues to talk about the once "investigator number 1" Oleg Pipchenkov. At one time he found himself in the midst of the battles of the "cop-bandit" Petersburg. Our today's story will be about one of such fights and its offshoots.

Oleg Pipchenkov was the head of the investigative-operational group for the investigation of a high-profile criminal case against the respected St. Petersburg businessman Vladimir Kumarin. " The decline of Vladimir Barsukov-Kumarin fell on 2007. According to a Rucriminal.info source, Kumarin got burned out on nonsense and due to a lack of a sense of self-preservation. Having seized the Peterburgsky Dvorik restaurant in the very center of the northern capital in the mid-2000s, it was a mere trifle in terms of the Tambovskys' activities, the “businessman” Kumarin essentially sentenced himself. As it turned out, the owner of the restaurant was Natalya Shpakova, a friend of the Governor of St. Petersburg Valentina Matvienko. It was this fact that became decisive during the landing of an investigative-operational assault force at Pulkovo airport in August 2007.

The hastily initiated criminal case was still being conducted by representatives of the General Prosecutor's Office, and operational support was under the jurisdiction of the Ministry of Internal Affairs officers together with the Federal Security Service. There were only two episodes of raider seizures in the materials. One concerned the "Petersburg Courtyard" at the corner of Nevsky Prospekt and Pushkin Square, the second - the Smolninsky store on Nevsky itself. But in September of the same 2007, the Investigative Committee of the Prosecutor's Office was created. The Kumarin case becomes the first high-profile case of the new investigative body, and it is Oleg Pipchenkov who is appointed to lead the investigative-operational group.

According to our sources, Pipchenkov zealously got down to business. While still working in the Prosecutor's Office of the city of Moscow, he specialized precisely in bandits, authorities and organized criminal communities. He knew how to work with this contingent of people not by hearsay and was not particularly liberal. His subordinates very quickly found out that the criminal activities of the "Tambov group" were not limited only to the seizure of two objects. New episodes began to appear in the case, including a number of contract killings and the participation of high-ranking St. Petersburg security officials and representatives of the city administration in the affairs of the Barsukov-Kumarin group.

Oleg Pipchenkov managed to win over the "authorities" Oleg Makovoz and Badri Shengelia, who later became the main witnesses for the prosecution. Both at one time were close to businessman Kumarin and both agreed to a deal with the investigation. But if the interest of Badri Shengelia, who was also accused of raider seizures, was to get the least punishment in court, then Oleg Makovoz was accused by the St. Petersburg police of a whole series of contract killings. And the court managed to sentence him to 23 years in prison. And this is already serious. However, the very first check of the materials collected in the Makovoz case made investigators from Moscow question the lawful actions of the St. Petersburg law enforcement agencies.

The streak of bad luck for Oleg Makovoz, according to Rucriminal.info sources, began in the early 2000s, when he was approached by a certain Alexei Mironov with a request to arrange a meeting with Roman Tsepov, the head of the Baltic Escort security company. At one time, "Baltic Escort" had a contract for the protection of the city's top officials and their foreign guests. Deputy Mayor and Head of the Foreign Relations Committee Vladimir Putin became one of the guarded. The same private security company also guarded the family of Anatoly Sobchak. Sobchak himself was under the protection of the FSO. Tsepov was personally well acquainted with Putin and with many prominent representatives of the northern capital. 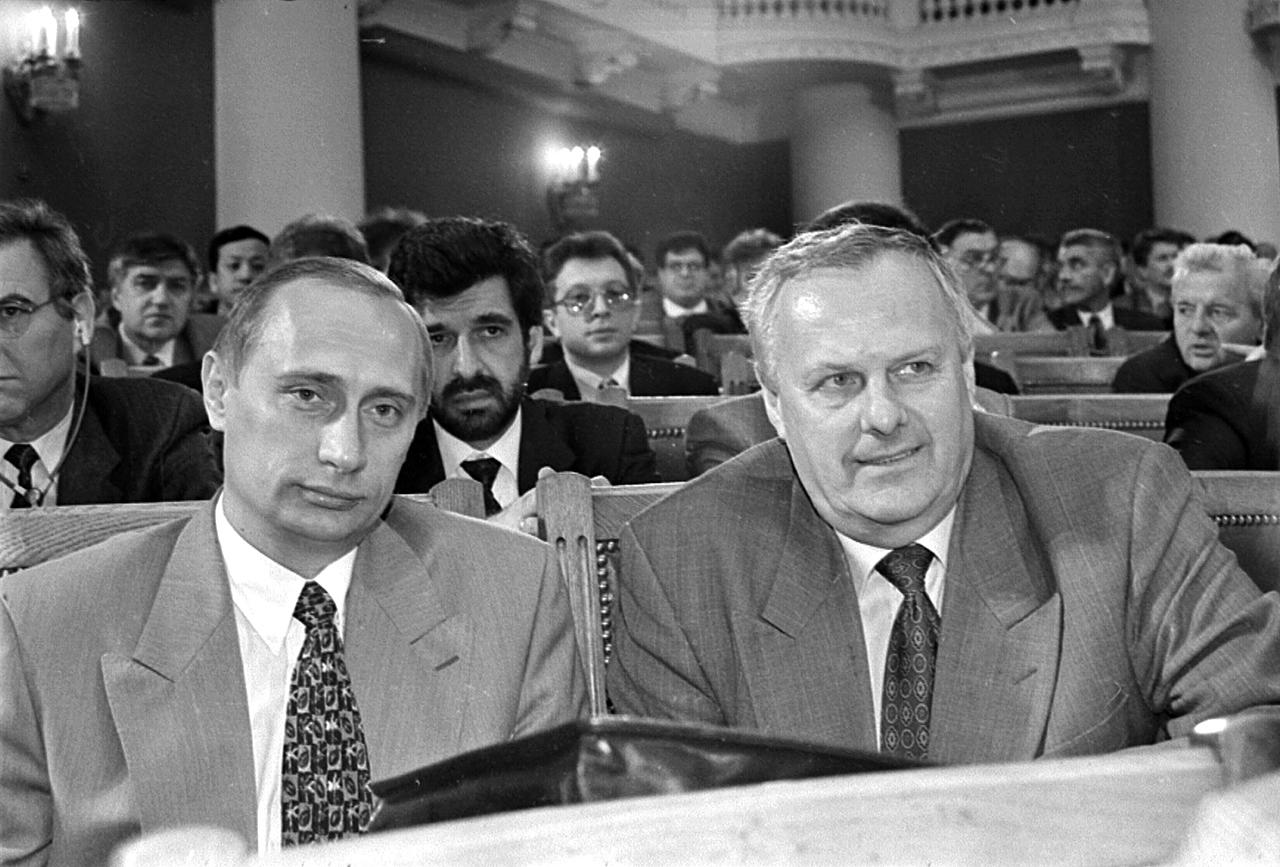 The essence of the issue that Alexei Mironov planned to discuss with Tsepov was to help appoint his man to the position of head of the company "Astrakhan-Gazprom", a subsidiary of the Russian gas monopoly. Tsepov answered positively, but refused to meet with Mironov, and asked for his services for five and a half million dollars. All negotiations took place through Makovoz, who transferred the money and was the guarantor of the fulfillment of all obligations.

Sources of Rucriminal.info in the special services said that Tsepov resolved questions about the appointment to a position in Gazprom and its subsidiaries through the deputy chairman of the board for security of the gas monopoly Sergei Lukash. Mironov knew this. By early 2003, he was starting to get nervous. The money was transferred, the necessary appointment did not occur in any way, and in February, among other things, it became known that Sergei Lukash had been fired from his post. The responsibility for the refund naturally fell on Makovoz. On this basis, a conflict broke out between him and Roman Tsepov. Tsepov refused to return the money. Instead, he is organizing an assassination attempt on Makovoz (Criminal Case No. 2-30 / 06). But the murder breaks down, and its organizer Denis Dolgushin and some executors Sydnev and the Bobylev brothers are arrested.

Dolgushin did not hold out for long during the investigation and confesses to a whole bunch of contract killings. Another person involved appears in the case, he is also the customer - Vladimir Barsukov-Kumarin, on whose instructions these crimes were committed. But in February-March 2004, according to our information, Kumarin was organized a meeting with Dolgushin right in the building of the Central Internal Affairs Directorate for St. Petersburg, after which Dolgushin changed his testimony and, somehow, miraculously, instead of "Kuma", Oleg became the customer of all the killings. Makovoz. And the operational support of the new high-profile case is personally led by the then head of the criminal police of St. Petersburg, Vladislav Piotrovsky. 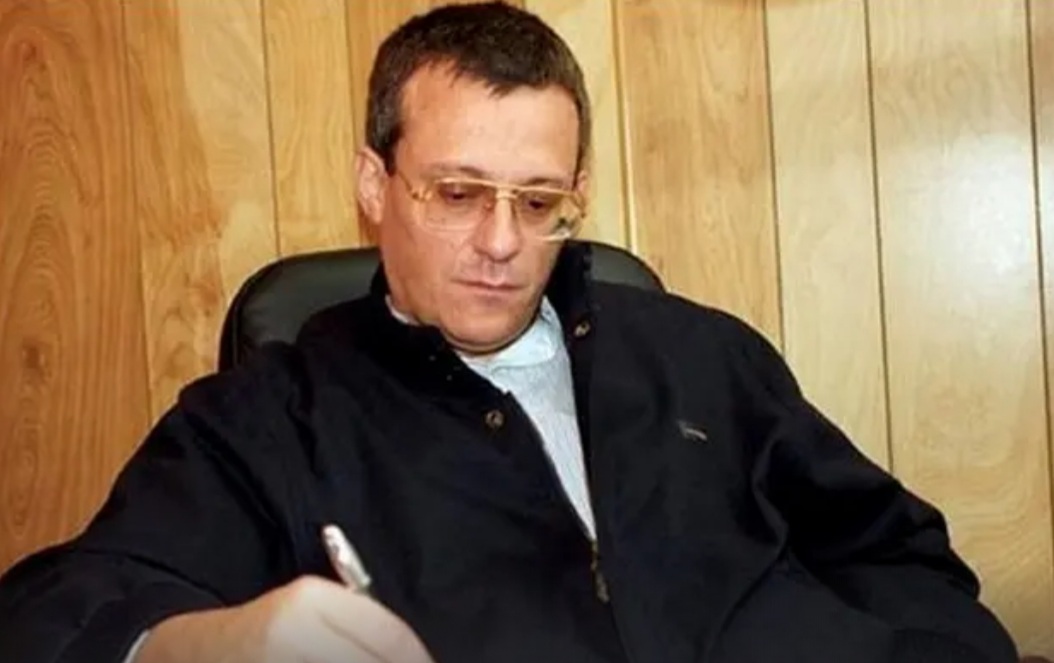 For Tsepov, this story also ended sadly. On September 11, 2004, Roman Tsepov felt severe discomfort and the driver took him to a nearby hospital. Doctors immediately suggested poisoning, but for a long time they could not identify the poisonous substance. Tsepov was getting worse, he lost consciousness, the doctors talked about brain edema and threw up their hands. Tsepov's relatives began negotiations with a clinic in Germany, but the doctors did not advise transporting the patient. Finally, doctors established that Tsepov's bone marrow was damaged, and on September 22 he was transferred to the Sverdlov City Hospital, where transplantations were performed. But the next day after the transfer, the patient died.

In 2008, the investigative team of the UPC, headed by Oleg Pipchenkov, will discover a forgery in the case file on Makovoz. The charges of the murder of four people will be dropped from the latter, taken under state protection, and a bloody trail will appear in the case of the "night governor of St. Petersburg".

But the Tambovskys will be tried in court only for raider seizures. The Attorney General's Office, with stubborn consistency, returns episodes of murders for further investigation. And in the press there were publications in which employees of the St. Petersburg police talk about the appearance of Makovoz, accused of murders, in city cafes and restaurants under the protection of FSB officers and with the permission of investigator Pipchenkov.