"Made a significant contribution to ensuring the security of the state" 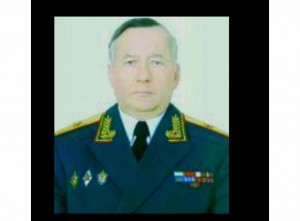 Rucriminal.info found out who else is the accused in the investigation against the former deputy head of the "K" department of the economic security service (SEB) of the FSB, Colonel Dmitry Frolov and the ex-head of the banking department of this Department, Kirill Cherkalin (sentenced in April to 7 years in prison) ... Now in the proceedings of the ICR is the case 11801450001000645, the accused of which is the former chairman of the board of the bank "Creditimpex" Dmitry Kataya. He is charged with Article 291 of the Criminal Code of the Russian Federation. According to the investigation, Kataya, together with the advisor to the bank's board of directors Igor Shakhov, paid Frolov a monthly fee of € 100-150 thousand. Kataya was put on the wanted list, and Shakhov died in 2012. When he died in the "Krasnaya Zvezda" an obituary was published, in which condolences were expressed in connection with the death of "Major General of the military counterintelligence of the FSB of the Russian Federation, retired Igor Aleksandrovich Shakhov." It was said that he "made a significant contribution to ensuring the security of the state." According to the ICR, in September 2007, Colonel Frolov, who was in charge of banking supervision and interacted with the leadership of the Central Bank, was approached by representatives of the Creditimpex bank. The bank's board chairman Dmitry Kataya and two shareholders - Georgy Shkurko and Aleksey Kulikov, through the intermediary of Katay's security advisor Igor Shakhov, contacted Frolov after the Central Bank revealed dubious transactions with improper counterparties at Kreditimpex.

According to the Investigative Committee of Russia, Frolov agreed to become the "roof" of the bank with a monthly remuneration of 0.1% in foreign currency from such transactions. According to the investigation, the FSB colonel was handed over from 100,000 to 150,000 euros for patronage every month in the Coffeemania cafe on Pushechnaya Street. Another FSB officer, a former subordinate of Frolov, Kirill Chekalin, discovered the scheme of protecting the bank. He told the investigation that in the spring of 2011 he found his boss in the company of three men in Coffeemania, and after that he received an explanation from his boss that he was friends with Shakhov and was helping the bank with solving problems. In July 2013, Frolov was dismissed from service due to a loss of confidence - he did not declare the family's property in Italy. Shkurko was arrested on bribery charges, and Kataya is on the wanted list.

At the disposal of Rucriminal.info was the testimony of a witness, which described in detail the relationship between Frolov and representatives of Kreditimpex Bank.

“Kulikov began to flaunt the fact that he had many friends and acquaintances among the police officers, the FSB, various special services, and tax authorities. Kulikov constantly said that he could always be rescued if he was brought to criminal responsibility. Kulikov constantly had with him some kind of certificates of various special services, special passes for his car. Kulikov said that from communication with law enforcement officials and tax authorities, he learns information about specific entrepreneurs who have problems with the law, and then sells this information. In 1998, in Kreditimpex Bank, disagreements arose between the founder of this bank, Katai Dmitry, and the chairman of the bank's board, I do not remember his last name. I know about this from friends who were engaged in banking business. For many years, for the circle of my acquaintances, bankers and financiers, persons of show business, I arranged club evenings, meetings, I myself am engaged in an intermediary trade business, therefore I have a very wide circle of acquaintances in banking circles. I am a member of the Russian Financial Guild, I am a member of the international public organization "Woman and Business". From such communication, I know that Kataya turned for help to a certain Shakhov, a former employee of the foreign intelligence service. Later I had to communicate with Shakhov, he said that he had the rank of general and was one of the deputy heads of the foreign intelligence service. Shakhov turned out to be a relative of Kulikov's wife, Polina, and he helped Kataya deal with the head of Kreditimpex Bank, since that time this bank began to lose its position in the banking world, as Kataya is a bad businessman and financier. It turns out that in this way Kulikov became involved in the activities of Kreditimpex Bank and met Kataya. Kulikov and Kataya became close friends, at that time a certain Shkurko, a former psychiatrist, appeared in the bank. Kataya became the chairman of the board of directors of Kreditimpex Bank, and Shkurko became the chairman of the board / At this time, my business was successfully developing and one day Sarychev told me that Kulikov offered him to "throw" me, that is, to commit against my property and money fraud. I did not believe Sarychev, because this could not be said by Kulikov's behavior. Kulikov often turned to me for advice on general and specific issues of finance, banking, taxation, and accounting. In fact, I taught Kulikov how to conduct business. As far as I know, Kulikov did not graduate from any educational institutions, except for a secondary school. By 2004-2005, the financial situation of Kreditimpex Bank became deplorable, this bank did not enter the deposit insurance system, Privatbank withdrew its money from Kreditimpex Bank, Shkurko told me that his bank urgently needed six million US dollars. At this time, Kulikov was left out of business, many did not want to deal with him and he began to work in "Kreditimpex Bank". In the spring of 2005, Ivan Myazin became the de facto owner of the YerKB bank, some of my friends at that time froze their accounts, the amount of money in these accounts was about 60 million rubles. Friends asked me to talk to Myazin to find out why this happened. Kulikov went with me to negotiate with Myazin. Myazin returned the money to my acquaintances and since then began to communicate with Kulikov, so Kulikov met Myazin. As far as I know, they began to meet often. Myazin and I also began to communicate on business issues. In my presence, Kulikov, Kataya and Shkurko repeatedly talked about how in Kreditimpex Bank it is possible to create a scheme for "cashing out" and in general to take control of the entire "cashing" market. After the liquidation of the ERKB bank, Myazin also wanted to work with Kreditimpex Bank on “cashing out”, since he did not have the necessary bank for such operations, and there were only clients who ordered illegal cash.

In the summer of 2006, Myazin and his acquaintance Evgeny Dvoskin said during their meetings that they had organized a “cash withdrawal” at Kreditimpex Bank, using the Dagestani banks Antares and Rubin. Some time later, Myazin began to complain to me that the entire "cash flow", that is, all the funds illegally transferred to Dagestani banks, Kulikov began to control himself. To work with the Dagestani banks, Myazin and Kulikov mainly used the scheme of banknote transactions, that is, the purchase of currency for rubles. The essence of this scheme is as follows. Clients who needed cash transferred non-cash money to the accounts of various companies in Dagestan banks, then Dagestan banks bought currency or rubles at Kreditimpex Bank and allegedly gave this money to their clients. In reality, cash from Moscow to Dagestan was not taken away, but distributed in Moscow, and counterfeit checks were issued in Dagestan banks for the cash allegedly received there.

From communication with Myazin and Kulikov, I know that through the banks Antares and Rubin, rubles were also converted into currency under fake contracts and this money was sent abroad. I don’t know which of the Dagestanis offered their banks for illegal operations ”.

It is worth noting that, thanks to Katay, Kulikov and Frolov "was born" a new loud topic - the Belarusian financial transit. In terms of volumes, it was no less than the Moldovan transit (laundromat). The basic structure of the Belarusian transit was Kreditimpex Bank. The president of the bank was Dmitry Kataya, closely connected with Belarus. The bank's shareholders were Prominvestbank of Ukraine, Belpromstroybank and JSCB Ukrsotsbank. The real owner of Kreditimpex was Alexey Kulikov, the best friend of Dmitry Frolov, head of the banking department of the K FSB Directorate. Frolov and Kulikov are now in custody. Kulikov began to work closely with the operatives. Mikhail Gutseriev, a large and regular client of Kulikov and Frolov, as in the case of the Laundromat, was one of the main users of the “Belarusian transit”. Which is not surprising. Mikhail Gutseriev and the head of Belarus Alexander Lukashenko have long-standing friendly relations, behind which lie billions. It is known that Gutseriev gives the Lukashenka family palaces, limousines, helicopters, etc.