Who pulled the "thread" has been extradited from Alexey Kuznetsov? 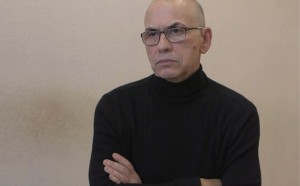 Investigators of the IC of Russia interrogated as the accused former Deputy Prime Minister of the Moscow region Alexei Kuznetsov, who was extradited by the competent authorities of the French Republic. He pleaded not guilty. At present, the accused and his defence counsel have asked the investigation to give them time to review the decision to bring him in as an accused.

If Kuznetsov still talk, the forgotten investigation of the giant embezzlement of funds in the Moscow region, can get a "second life". In custody then will be a very large group of businessmen and officials. In this regard, rucriminal.info begins to publish a series of articles, which will be named all the alleged participants of the giant Scam. In this publication, we will return to the character, which has already been told - a member of the Board of Directors of "Energy Russian company" (ERKO) George Kopylenko. In the first half of the article the story about his raider adventures will be continued. And, in-the second, - just we will call a number of accomplices of Alexey Kuznetsov.

Serious puncture at Georgy Kopylenko and his business partner Andrey Pashkovsky happened in 2004. Then in the interests of one of the construction companies "disa-invest" carried out raider seizure of JSC "Plant "Fili-roof". Its main advantage was the land on Kutuzov Avenue, which was owned by the construction company. The documentary part of the project was entrusted to Kirimov, he soon brought the decision of the Nizhneserginsky court of Sverdlovsk region, confirming the powers of the appointed "disa" of the new General Director of the plant. On the basis of this document, the raiders together with the chop fighters seized the plant. And soon it became clear that Kirimov decided to save the money allocated to it for a judgment. He forged the decision, putting on him only the real seal of the court. When this fact surfaced in January 2005, the investigator of the ATC CJSC opened a criminal case, first under the article "arbitrariness", and then reclassified it to"attempted fraud". Angry Kopylenko had a big fight with Kerimovym. As a result Kopylenko managed to agree with a consequence that he falls out of business, and all cones will fall down on Kirimov. On August 11, 2005, Kirimov was put on the Federal wanted list.

Kirimov was wanted until February 2008, and then he managed to agree that the case would be closed, and he was removed from the wanted list. Meanwhile, Kirimov continued to actively cooperate with other raiders, including Vladimir Palihata.

In 2001 the raiders of "dis-invest", including Kopylenko and Kerimovu, needed a Bank for implementing various financial transactions. According to the source Rucriminal.info from the banking community, as a result, they managed to gain control over the CB "Bank lending industry" ("Promkreditbank"). In June 2008, the Central Bank revoked the license of Promkreditbank for violation of the" anti-wash legislation "and for the fact that the Bank's customers"make transit operations that do not have economic sense". This Bank was cashing in for Kopylenko and Ko., and then they decided to offer similar services to third-party customers. Thus, Kopylenko entered the world of"cashing-in".  And the "king" of this world considered Eugene. He lived in the United States for a long time, was arrested there more than 15 times for various scams. During one of the prison terms, he was in the same cell with the "thief in law" Vyacheslav Ivankov, nicknamed jap, arrested in the United States for extortion. Dvoskin and Ivankov met and maintained a relationship until the death of the latter. When Dvoskin was kicked out of the United States, he moved to Russia, came together here with a number of bankers. Dvoskin became one of the monopolists in the market "cash". All those who do not cooperate with him, are kicked out of the business very hard, often find themselves behind bars. Dvoskin picked up Kopylenko and To the necessary curators. According to the interlocutor Rucriminal.info, one of them was Alexander Korneshov. He was once chief editor of the newspaper "Russia", and then the head of the 5th Department of MGTU of the Central Bank of the Russian Federation. And the son of the late Alex Kornilov considered to be man No. 2 headed by Dwoskin hierarchy absalikov. Source Rucriminal.info notes that the most friends Alexey Korneshov and Andrey Pashkovsky. In 2006, with the participation of Dvoskin and Kornilovich has implemented a Grand Scam of embezzlement of budget funds of the Moscow budget. Schemes theft was several, the most common of them was carried out so.  In each district of the Moscow region there are municipal unitary enterprises (MUP) responsible for housing and communal services.  Since 2006, these CBMs began to take huge loans from VTB-24 Bank, the guarantor of the return of which was the government of the MO. In fact, the movement did not have the money, they never left from VTB-24. Then they drew up documents that the loans are repaid at the expense of attraction of funds from outside agencies. And the municipal unitary Enterprises (with the permission of local legislative assemblies) concluded contracts under which they transferred the right to claim the debt from the government to various shell companies. In these firms, and do the budget. Then Dvoskin and Korneshov transferred them abroad, and the share of this money Dvoskin transferred to the accounts controlled by the then leadership of the Moscow region, including Alexei Kuznetsov. Part of the stolen funds went to the purchase of land and various objects in the MO, which were recorded on the "RIGroup". To supervise work with these assets and was entrusted to Pashkovsky and Kopylenko.

In the government of MO "project" Dvoskin and Korneshov supervised just Kuznetsov, and in VTB-the Manager of management on work with large clients Oleg Zhukovsky. At the end of 2007, the creators of the "project" and Zhukovsky had a conflict. In December 2007 on the territory of the cottage in the exclusive village of Forest Edge (Odintsovo district) in the basin was discovered associated the corpse of Zhukovsky. There was a suicide note on the side of the pool. However, experts came to a conclusion that there was a murder, the case under the relevant article was brought. Then its investigation suspended with the formulation"for impossibility to establish the person which are subject to criminal liability". According to the source Rucriminal.info somehow Alex Kornilov said that "Kuznetsova began to appreciate too expensive, the situation became interested in the relevant services, it is necessary Kuznetsova "merge", and the assets he has with Joan to pick up."  It was under this slogan that the redistribution of spheres of influence in the Moscow region began.  As a result, "ORSI"was born at the end of 2008. His official "persons" were Alexander Tobak and Mikhail Cherkasov. The main cover of "ORSI" became the Rothenberg brothers. But in reality the company runs Paszkowski, Kopylenko behind them Korneshov. Dvoskin also took an active part in its work.