From space Julia Persild got into the apartment of the investigator

Why Michael Calvey's investigator doesn't want to deal with the influential ex-deputy energy... What unites the actress Julia Persild, who just flew in from space, and the investigator of the TFR Maxim Bakun, who conducted such "high-profile cases": "Baring Vostok and Michael Calvey"; “Judge of the Moscow Arbitration Court Irina Baranova”; Deputy Head of Crimea Vitaly Nakhlupin and others? Rucriminal.info will tell you about this in today's material, as well as the fact that investigator Bakun quite unexpectedly "stalled" the case against the former Deputy Minister of Energy Anatoly Tikhonov. The case is being investigated into the theft of at least 603 million rubles allocated by the Russian Energy Agency (REA) of the Ministry of Energy of Russia to create an information system. The defendants in the case, in addition to Tikhonov, are his wife Valeria Kovalenko, adviser Roman Ryzhkov, as well as vice-presidents of Lanit JSC Vladimir Makarov and Viktor Serebryakov. 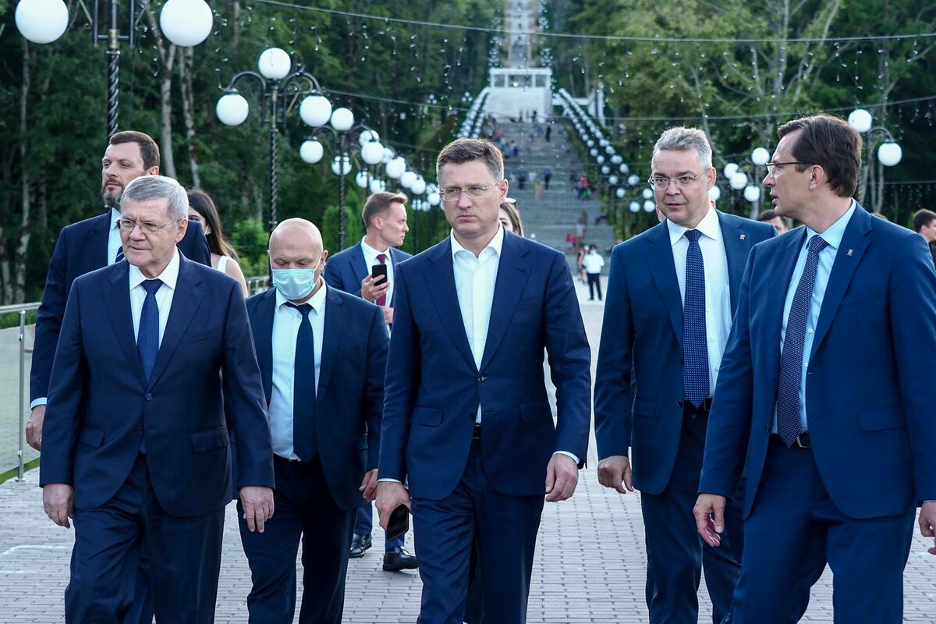 Investigator Maxim Bakun is from a rather difficult family. His father Vladimir Bakun worked as the deputy prosecutor of Moscow, the prosecutor of the Arkhangelsk region, in the Central Office of the Prosecutor General's Office. And somehow a truly wonderful story happened to his family. The Bakun family owned an apartment in a "socket" in Mitino. And there was a kind soul who agreed to take herself a socket of the prosecutor's investigating family, and in return gave a huge apartment in the newly built prestigious residential complex at Viktorenko Street, 4 to 1. Luxurious apartments were assigned to Nina and Mikhail Bakun- mother and the brother of the investigator Maxim Bakun ... However, the family did not own the apartment for long. She was sold at market value to the actress and astronaut Julia Persild. There is talk about the present, but now in the Bakun case it is about the ex-Deputy Minister of Energy Anatoly Tikhonov, a rich man with connections. It all started well, but, according to a Rucriminal.info source, recently the investigation has suddenly come to naught. Other episodes of criminal activity Tikhnova A.The. and vice-presidents Lanit Bakun is not categorically interested, moreover, the FGBU filed five lawsuits to the Arbitration for the fact that the case was completely ruined. According to our interlocutor, without the tacit consent of the investigator, not a single official, and especially the current director of the FSBI A.I. Kulapin would not have done such a bold act. The FSBU hired Sergei Vladimirovich Solod, the former deputy for personnel of the Internal Affairs Directorate for the Central Administrative District, as the head of the Security Service.

There is another interesting twist in this story. According to the telegram channel VChK-OGPU, Anatoly Tikhonov M.A. Bagmet is the son of Anatoly Bagmet, the head of the EKTs of the TFR, the former head of the SKP in Moscow. It should be noted that investigator M.V. Bakun, who is conducting the investigation, was previously a subordinate of Anatoly Bagmet, whose son now represents the interests of Tikhonov.

In this regard, the other day, the head of the TFR, Alexander Bastrykin, received a corresponding application. Rucriminal.info publishes it with bills:

On December 29, 2015, at the request of ISSB LLC, a license order 386768 was initiated upon the fact of extortion of a bribe by the director of the Russian Energy Agency, the Ministry of Energy of Russia (hereinafter FGBU) R.M. Shcherbov. 02/05/2016 on the basis of R.M. Shcherbov and D.A. Goncharov made a fictitious consignment note dated January 26, 2016, on the basis of which contract 105.KS.44 / 2015 dated November 13, 2015 was terminated with ISSB LLC, and the goods in violation of clause 6.1.1 of the Agreement and Part 5 of Art. 359 of the Civil Code of the Russian Federation was not returned.

According to the Resolution of the Khoroshevsky District Court of Moscow dated 11.08.2017 by the investigation in violation of Art. 144-145 of the Code of Criminal Procedure of the Russian Federation, upon the Company's application for the acquisition of property delivered to the Federal State Budgetary Institution, the audit was not carried out.

LLC "ISSB" and funds and concealment of a previously committed crime. The documents are forged, which is reflected in the Verdict and Expertise. The amount of losses of LLC "ISSB" is more than 100 million rubles, and the damage to the Russian Federation represented by the Federal State Budgetary Institution through falsification of documents by officials of F GBU will exceed 70 million rubles.

When executing the state contract dated November 13, 2015 No. 105.KS.44 / 2015 for the supply of a data storage system with ISSB LLC, Director of the Information Technology Directorate of the Federal State Budgetary Institution "REA" of the Ministry of Energy of Russia (hereinafter - FGBU) Shcherbov R.M. extorted money for payment under the contract and acceptance of goods in the amount of 40 million rubles. at a contract price of 70 million rubles. Funds Shcherbov R.M. extorted for the general director A.V. Tikhonov.

Shcherbov R.M. reported that the theft of funds is systematic and contracts are concluded with controlled organizations, and LLC ISSB has reduced the price by 10 million rubles. from 80 million rubles. are raiders. The FGBU Shcherbov and his accomplices supplied equipment that had been discontinued, and, using their official position, made demands that made it possible to remove other persons.

The management made a decision in case of non-transfer of a bribe to “nail down on the gates” of the society, by refusing to accept the goods on the basis of a fictitious examination.

When the goods were delivered on 22.12.2015 Shcherbov R.M., and his deputies Alexey Vladimirovich Razkevich, Dmitry Sergeevich Shidlovsky, Dmitry Anatolyevich Goncharov, a fictitious invoice dated 22.12.2015 No. 8 was made in order not to reflect in it part of the goods supplied by the society, which the criminals intended to embezzle in case of not receiving a bribe. In addition, a fictitious act was signed by D.S. Shidlovsky and I.V. Udintsev about the alleged incompleteness of the goods without dates in order to subsequently terminate the contract and recognize the incompleteness. The delivery was carried out with the participation of employees of LLC "IBM BEA" - a representative of the manufacturer. Details in the verdict.

FGBU paid for the delivered by ISSB LLC.

On December 28, 2015, the first launch of the product (server) took place with the participation of employees of the Federal State Budgetary Institution and IBM VEA LLC. The product was assembled by D.S. Shidlovsky. and was at the disposal of the FGBU from the delivery date 12/22/2015. December 28, 2015 after the transfer of a payment order for 20 million rubles. Shcherbov R.M. were detained. , D.S. Shidlovsky, D.A. Goncharov, A.V. Razkevich, deputy. gene. Director A.V. Shevlyakov, Advisor to the General Director A.V. Komarov. 12/29/2015

The Tver MRSO initiated a / d 386768 on the fact of extortion of a bribe. 02/05/2016 FGBU, represented by A.V. Shevlyakova, terminated the contract on the basis of a unilateral conclusion of TECHNOPROM LLC on the basis of a fictitious invoice No. 8 dated December 22, 2015. The decision reflected that there are not enough 4 optical modules out of 16 with the IBM marking, instead of which the JDSU production is supposedly located. During the examination, the company was not addressed, and so in January 2016 they refused free training and adjustment by IBM. The warranty and service for the goods were purchased by ISSB LLC for 5 years in 24x7 mode. Details in the verdict. Dmitry Ivanovich Shubin, director of TEKHNOPROM LLC, was previously an employee of INLINE GROUP JSC, which passes through the y / d, as an organization that stole 83 million rubles. from FGBU. The organizer of the theft A.V. Tikhonov, R.M. Shcherbov and other persons, accomplices.

In violation of clause 6.1.1 of the contract and part 5 of article 359 of the Civil Code of the Russian Federation, the goods were not returned.

Further, the FGBU applied to the Moscow Arbitration Court in the case of A40-32997 / 16 on the basis of a fictitious invoice and a fictitious examination prepared on its basis and recovered previously paid funds. The court did not accept the resolution of the issue of the fate of the goods.

In addition, there is no court decision on this criminal case that has entered into legal force. "

In addition, on the basis of a unilateral act of acceptance for safekeeping signed by A.S. Astvatatsurov, the court concluded that the goods were in their original packaging.

Thus, the FGBU obtained the right to claim on the basis of fictitious documents in the amount of 47 million rubles.

As established by the Act of the Treasury of Russia dated 05.04.2019, 24 million rubles received under a bank guarantee from ISSB LLC. and savings in the auction with ISSB LLC were used to pay the controlled legal entity SOFTLINE TRADE JSC.

The goods of LLC "ISSB" did not return on demand, in view of the fact that they continued to operate it, since no other goods were purchased for the State Information System of the Fuel and Energy Complex of the Russian Federation.

The inventory of goods of LLC "ISSB" was unilaterally passed and the assessment of SPI A.V. Spider in the amount of 19 million rubles. ISSB LLC applied to ASGM.