Confession of a killer 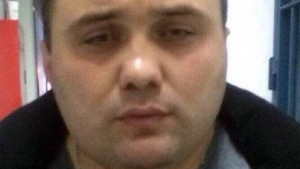 On June 9, the Moscow City Court extended the period of arrest to the authority of Aslan Gagiev (Dzhako), the leader of a gang of killers that eliminated more than 60 people, until September. According to the telegram channel of the VChK-OGPU, in the fall it is planned that the investigation materials for a number of episodes will go to court. One of the important evidence in the case is the testimony of the “right hand” of Dzhako Arthur Dzhioev (Son), who made a deal with the investigation and received 17 years of strict regime. At the disposal of Rucriminal.info, Dzhioev’s testimony, which we will publish in parts: “The testimony of the accused A. Dzhioev from 07/10/2018, 07/12/2018, 18 07/19/2018, according to which, approximately in 2000, he moved to live in Moscow. He studied in the 11th grade of school No. 293 in the VDNH district of Moscow. At the same time he was engaged in freestyle wrestling and was a member of CSKA. In that period of time, 2001-2004, he began to communicate closely with fellow countrymen from North and South Ossetia Gagiev Aslan, nicknamed "Dzhako", Dzhioev Goneri (nickname "Gene"), Zangiev Chermen. Gagiev A.M. also was his distant relative. Among fellow countrymen the most prominent and authoritative was Gagiev A.M. In the same period, he took over as chief of security at the Financial Leasing Company. Moreover, as he later became aware, he performed under a different name - Valery Nikolaevich. In the same period, Gagiev A.M. began to help him with money, gave a little for pocket expenses. On one of the days of the same period, Gagiev A.M. he was informed that his companion A. Burlakov there were some troubles with the Chechens. For this reason, Gagiev A.M. invited him to take care of the protection of his children Anastasia and Anton. He guarded the Anastasia and Anton Burlakovs for about 4 months, and drove them to classes. It was in 2003-2004. In the same time period, he began to communicate more closely with other people from the circle of friends Gagiev A.M., Dzhioeva G.R. and Zangiev Ch.S. This is Beglaryan S.L. nicknamed "Beglik" and "Armenians", Nikolaev M.K. nicknamed "pioneer" and "young", Yashkin E.I. nicknamed "Senya" and "Semyon Semenovich", Dudy I.A. nicknamed "Garik", Omarov Rahim and others. Around the end of 2004, possibly in November, he was already in close contact with A. Gagiev. and other above persons. At the same time, he realized that Gagiev A.M., Beglaryan S.L., Nikolaev M.K. and the rest of the listed people are engaged in criminal cases, formed among themselves a criminal group - the community. Wherein Gagiev A.M. was the eldest of all, everyone listened to his opinion and carried out his instructions. Gagiev A.M. He made an impression of a very rich man, helped him financially. Then he decided for himself to take part in this criminal group, hoping in this way to improve his financial situation. Subsequently, when he became a member of the criminal community, Gagiev A.M. began to regularly pay him cash in kind, in various amounts. These were both small amounts of 5-10 thousand rubles, and quite large ones, of 200-300 thousand rubles. The amount was determined by Gagiev A.M., based on his capabilities and his needs. Money was transferred to him either personally by Gagiev A.M., or through those persons from the criminal community to whom he charged it. The regularity of payments was also different. A couple of days could have passed from the previous payment, and a couple of months could have passed. Naturally, he did not sign any papers. Also, cars were purchased with money from the criminal community, which were distributed among the community members by A. Gagiev. and group leaders.

Financing of the criminal community was carried out both from the proceeds from the lease of the controlled by A. Gagiev premises, for example, a base on the street. Boat city of Moscow, and received as a result of receipt of orders from unauthorized persons to commit murders. Also, some capital from Gagiev A.M. were in the Financial Leasing Company, whether they were officially registered with him, he does not know. In addition, as far as he knows, A. Gagiev with the help of Burlakov A.A. or Malyutina N.A. Withdrew from the FLC various stolen funds, which also financed their criminal community. Also Gagiev A.M. Some businessmen paid for the "roof", that is, ensuring security from other criminal groups.

In 2006, in the fall, approximately at the end of October, Aslan’s father Gagiev, nicknamed “Dzhako”, Gagiev Mite, was hijacked by a VAZ-2114 car. The car was stolen from the house of Gagiev Mite in Beslan. After some time, he came to North Ossetia from Moscow. Upon arrival in North Ossetia, he drove home to AM Gagiev, in Art. Arkhonskaya Prigorodny district of North Ossetia-Alania. In this house, while Gagiev A.M. was there, participants of the criminal community headed by him, including him, gathered. At the time of his arrival Gagiev A.M. also flew in from Moscow. In addition to Gagiev A.M. the following members of their criminal community were also there: Nikolaev Maxim, nicknamed “Pioneer” and “Young”, Bagaev Robert, nicknamed “Robson”, Kudziev Temur, nicknamed “Temo”, Gobozov Mels, Omarov Ragim. During the conversation in the house they discussed the theft of a car from the father of Gagiev A.M. During the conversation Gagiev A.M. instructed Bagaev R.A. find out who is involved in this hijacking and find a car. Further Bagaev R.A. was able to find a way to the hijackers and for the money to return the car of the father of Gagiev A.M.

After about two weeks, they all gathered again in the house of A. Gagiev. in Art. Archon. Bagaev Ivan, whom everyone calls Tolik, also joined them. When talking in the house Bagaev R.A. reported that he learned that the hijacking was performed by Victor Tuaev, nicknamed "Zek" and the second unknown guy. Gagiev A.M. was angry at Tuaev because of this. Gagiev A.M. gave an indication of the murder of Tuaev V.AND. At the meeting Gagiev A.M. determined that he and Nikolaev Maxim nicknamed "Pioneer" will shoot Tuaev V.I. from submachine guns, Kudziev Temur will find a car and weapons. The driver who will bring him and Nikolaev M.K. to the place of murder and taken away after firing shots, A. Gagiev decided to attract Kardanova Marika - a drug control officer. To carry out surveillance and search of Tuaev V.I. in the city of Beslan for the subsequent murder of Gagiev A.M. instructed Bagaev R.A., Bagaev I.Kh., Gobozov Mels and Kudziev Temo. In the car with Kudziev Temo, Omarov Ragim and Gagiev A.M. After the shooting, the used car was supposed to be hidden, and from this place, Nikolaev Maxim and Kardanov, Marik was to be picked up by Ivan Bagaev, nicknamed "Tolik", and taken to the house of A. Gagiev. in Art. Archon. Having planned their actions, the next day they began the search for Tuaev V.I.

From the next day Bagaev R.A., Bagaev I.Kh., Gobozov Mels, Kudziev Temo, together with Omarov Ragim and Gagiev Aslan began to travel around the city of Beslan and look for Tuaev V.I. on several cars. Gagiev A.M. traveled with Kudziev Temo to monitor and coordinate the actions of accomplices through mobile communications, using SIM cards and telephones registered to strangers or an organization. Did Bagaev I.Kh. in the same car with Bagaev R.A. during the search for Tuaev V.I., he does not know. At the same time, one of the persons participating in the crime called M. Kardanova by telephone to the house of Gagiev A.M. and there he informed him that he would be a driver in a car in which he and Nikolai Maxim would ride. Within two to three days Bagaev R.A. or Kudziev Temo, that is, one of them, found where Tuaev V.I. is located, having reported this to him or Nikolaev Maxim about a secret telephone, he does not remember exactly. At that moment it was getting dark. At this time, he and Nikolaev Maxim were sitting in a VAZ-2110 car under the control of Kardanov Marik, who was standing near the Eden cafe in Beslan. They had a weapon prepared by Kudziev Temo in their car - two Kalashnikov assault rifles of 7.62 mm caliber equipped with cartridges. Immediately after the call, they drove to the fourth school and saw a VAZ-2106 car on the corner of Iristonskaya and Krasnoarmeyskaya streets, in the cabin of which V. Tuaev was sitting in the back seat. Kardanov Marik drove up to the VAZ-2106 car at a distance of about 10-15 meters and stopped the car. He and Nikolaev Maxim put on masks with slots for the eyes and got out of the car each with Kalashnikovs. They walked together to a VAZ-2106 car and opened fire from machine guns at the rear passenger seat where V. Tuaev was sitting. After several shots, the machine gun jammed. He doubled the shutter of his submachine gun, but did not resume firing, as the submachine gun jammed. At that moment he heard a scream from the car, as he thinks Tuaev V.I. Then, when he and Nikolaev Maxim finished the production of shots at Tuaev V.I., they got back into the VAZ-2110 car, under the control of Kardanov Marik. On a VAZ-2110 car they drove to a village. Humalag, not far from which there is a fenced territory of some enterprise. They drove up to the entrance. He and Nikolaev Maxim got out of the car. Kardanov Marik drove a car into this territory and left the territory on foot. The assault rifles used in the murder remained in the cabin of the VAZ-2110. At the same time Bagaev I.Kh. nicknamed "Tolik" on a light-colored VAZ-2106 car. Was I.Kh. with Bagaev Bagaev R.A. together - he no longer remembers. But Bagaev I.Kh. I was definitely driving. He, Nikolaev Maxim and Kardanov Marik got into a VAZ 2106 car under the control of I. Bagaev. and went bypass to the station. Arkhonskaya, home to Gagiev A.M. When they arrived, Gagiev A.M., Omarov Ragim, Kudziev Temo, Bagaev R.A. were already in the house. and Gobozov Mels. He, Nikolaev Maxim, Kardanov Marik and Bagaev Tolik entered the house. He and Nikolaev Maxim reported to Gagiev A.M. about how the murder of Tuaev V.I. At the same time, Maxim complained that he could not normally fire shots due to the fact that his machine gun jammed. After the report, Gagiev A.M. allowed them to go about their business. He went to Vladikavkaz to a rented apartment. ”