In the name of the father

Veteran of state security, deputy director of Roscosmos gives millions to his son from the TFR 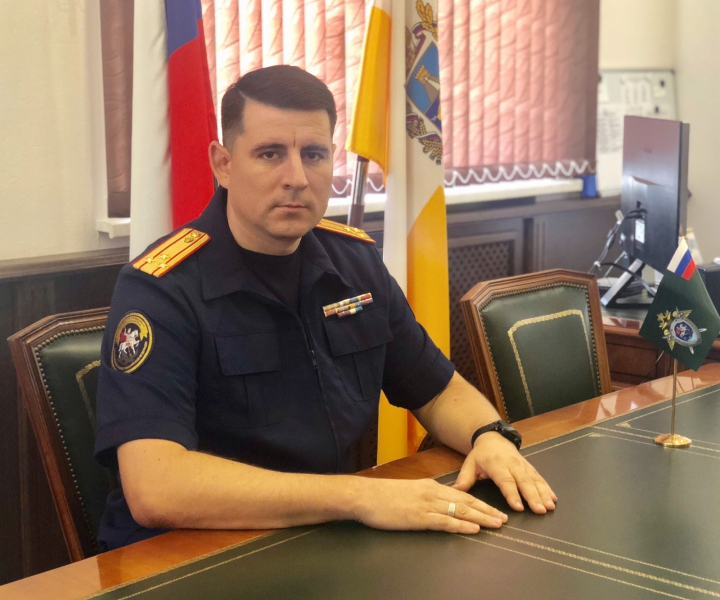 "And there is a hole in the old woman"

In 2019-2020. were not entirely "successful" for Demin A.S. results of communication with persons involved in criminal cases - top officials of the government of the Stavropol Territory.

So, in 2019, an investigation was completed under Art. 286 of the Criminal Code of the Russian Federation in relation to the former Minister of Sports of the Stavropol Territory RK Markov, who is also an acquaintance of AS Demin, since the latter has a weakness in the form of a fanatical enthusiasm for the achievements of the Dynamo sports society. It should be noted that Demin A.S. for a long time he served as president of the public sports association "Dynamo" of the Stavropol Territory, combining public activities and service in government bodies, which he did not inform the relevant personnel divisions of the central apparatus of the Russian IC.

According to a source of Rucriminal.info, during the investigation, the trustees of Demin A.S. offered to R.K. Markov. for monetary reward to avoid criminal prosecution, but the latter refused. The case against R.K. Markov sent to court. After the dismissal of Markov R.K. from office, Demin A.S. lobbied for the appointment of his friend A.V. Tolbatov to the vacated post. through the Deputy Chairman of the Government of the Stavropol Territory A.E. Zolotarev, who was still working by that time. 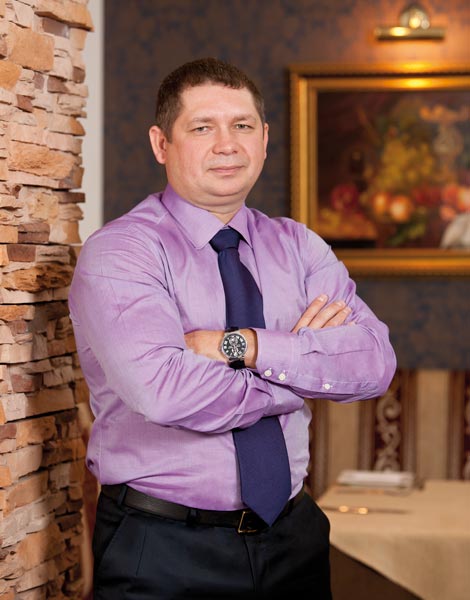 Then, in 2019, a criminal case was initiated against the Minister of Construction of the Stavropol Territory Kogarlytsky A.S. Before the initiation of the criminal case, the trustees of A.S. Demina. offered Kogarlytsky A.S. for 25 million rubles to avoid criminal liability, but the latter also refused, and then completely “made a deal with the investigation,” concluding a pre-trial agreement and reported everything in detail and consistently during interrogations.

At present, the criminal case against Kogarlytsky is being investigated, while Kogralytsky also testified against his immediate superior - the deputy chairman of the regional government Zolotarev AE, who was detained and is in custody.

And repeatedly confidants Demin A.S. this time they began to demand from A.E. Zolotarev. (with whom Demin A.S. maintained friendly relations) the transfer of funds for avoiding criminal liability, but our hero did not succeed in realizing his plans, since the operational officers of the state security service intervened in time.

"Moscow does not believe in tears"

At the end of 2020, the Investigation Department registered materials on the fact of receiving a bribe by one of the judges of the Pyatigorsk City Court of the Stavropol Territory.

Based on the results of the verification, sufficient data giving grounds to reasonably suspect the judge of committing a corruption offense was not obtained, especially since for the criminal prosecution of such a significant "person involved", a decision was required from the central office of the IC of Russia and personally the Chairman of the IC of Russia to send a corresponding petition to the qualification board Of the Supreme Court of the Russian Federation.

During the check Demin A.S. through proxies, he demanded that the judge hand over 30 million rubles for not initiating a criminal case, but was refused. After the refusal received, apparently acting out of a sense of revenge, A.S. Demin. instructed subordinate employees to send materials against the judge to the central office of the Investigative Committee of Russia in order to initiate criminal prosecution.

Based on the results of the study of the materials in the IC of Russia, a well-grounded decision was made to return them to the investigation department in the Stavropol Territory for additional verification, since there was no sufficient evidence to initiate a criminal case.

Having connections in the FSB of Russia through his father (deputy general director for security of Roscosmos, a native of the state security services), Demin A.S. Once again, unfoundedly (he does this systematically, when he himself is involved in manifestations of corruption) accused the employees of the Investigative Committee of Russia of committing a corruption offense when considering materials against a judge, to which he received a decent and reasonable answer in the form of an official check assigned to him. Based on the results of the official check, he was declared incomplete official compliance.

Particularly active role Demin A.S. performed when assisting in the raider seizure of the property complex of the SKHPK "Russia" of the Novoaleksandrovsky district of the Stavropol Territory.

So, on his instructions, in one of the investigative departments of the Investigative Directorate, a criminal case was initiated in April 2020 under Art. 159 of the Criminal Code of the Russian Federation in relation to the chairman of the SKHPK "Russia" Pyanov S.The. The case was initiated on dubious grounds and therefore to detain Pyanov S.The. or it was not possible to remove him from the management of the enterprise by a court decision. The case was sluggishly investigated for a long time. For the initiation of this contract case Demin A.S. received once again "gratitude" in a significant amount from the representatives of the applicant for the post of chairman of the SKHPK Grinev.

Seeing that one thing is not enough. Demin A.S. demanded from subordinate employees to initiate another criminal case against Pyanov C.The. under Art. 201 of the Criminal Code of the Russian Federation on far-fetched and fabricated grounds. Subordinate employees this time refused to carry out the deliberately illegal instructions of A.S. Demin.

The received "gratitude" had to be worked out, as a result of which on June 29, 2020 Demin A.S. he personally instituted against Pyanov C.The. criminal case under Art. 201 of the Criminal Code of the Russian Federation. However, the decision to initiate a criminal case was reasonably canceled by the prosecutor's office of the Stavropol Territory, which once again did not satisfy the "customers", especially since the "price" of the issue was very interesting, since according to the accounting data, there were some fixed assets in the SCHP "Russia" by more than 1 billion rubles, the official profit has recently been about 250 million rubles annually.

At the beginning of 2021, on the day of the election of the new chairman of the Rossiya agricultural production complex, A.S.Demin, in cooperation with the leadership of the Main Directorate of the Ministry of Internal Affairs of Russia for the Stavropol Territory, organized searches in the home of S.V. Pyanov, depriving him of the opportunity to participate in the election of shareholders. As a result, Grinev was elected chairman, thereby Demin A.S. only this time he "fulfilled" the tasks assigned to him by the customers.

At the same time, the operational services of the Ministry of Internal Affairs of Russia and the FSB of Russia established numerous abuses by police officers and other law enforcement agencies during investigative measures against S.V. Pyanov. The collected materials were transferred to the investigating authorities. The above "professional" successes allowed Demin A.S. to achieve significant results on a truly all-Russian scale through the Investigative Committee of Russia, though not in terms of the number of cases investigated or complaints considered, receptions of citizens held or orders executed.

At the end of 2019, Demin A.S. took the "honorable" second place among the employees of the Investigative Committee of Russia with the largest officially declared income - more than 16 million rubles. At the same time, in order to legalize income, Demin A.S. a fictitious donation agreement was concluded with his father, who is also a civil servant.

It is easy to check the fictitiousness of the lease agreement by examining the settlement accounts of A.S. Demina. and his father, for which the indicated funds were not spent, from which it follows that, according to the Demins' version, the funds were transferred “in cash”. Then you should check the facts of cashing by the father of A.S. Demin. such a significant amount of money to transfer to Demin Jr.