The dirt of Soviet football If someone believes that the Soviet championship was cleaner than the Russian one, they are deeply mistaken. A well-known sports journalist, author of books about football, Alexei Matveev, especially for the Cheka-OGPU and Rucriminal.info, lifts the veil over the dirt in the popular game.

- When our young father brought the first salary for playing football to his mother, my grandmother, she literally threw up her hands in surprise. “You allow yourself such rather big sums! I stand behind the counter every day, and I have never seen such money, ”said the granny. This is true. Football players were in a privileged position even then, they were well paid. And our grandmother received fifty rubles at the most for her hard daily work. Very few even by the standards of the time. In comparison with the same football, - recalls the daughter of the legendary attacking defender of Spartak Anatoly Krutikov - Natalya. 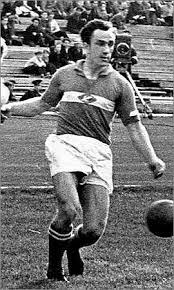 - Once dad dropped: “I think we live better now than when I played football.” My father evaluated the quantity and quality of what we had in Soviet times, and to this day. To which my mother remarked: “This is because it seems that now we have grown old, and we no longer need anything special. In my youth, I wanted to buy a lot of things for a house, a family. Maybe she's right.

After staying in Karaganda, where our Anatoly Fedorovich led the local team, dad did not even think about the work of a coach. Looks like he's done with it once and for all. Morals in big football are terrible, disgusting. According to my father, businessmen from the big game came to championship matches with suitcases of "left" money. It is clear for what purposes and to whom they were intended.

They bribed referees, officials, players, coaches from opposing teams. They did everything openly, absolutely no one was embarrassed, and not afraid. As a matter of course. Right into the pockets of cash shoved even before the start of the matches - for the "necessary" result for their teams. In a word, whoever has the money is the champion. Terrible, monstrous corruption reigned!

It turns out that no one in the leadership of football did not care. No investigations, evaluations, organizational conclusions. Dad flatly refused to play behind-the-scenes games. He was organically, even physically disgusted by the abnormal situation in his favorite football.

Utterly disgusting. It was very depressing, it simply “killed” - as a specialist, a person. That's the kind of unsightly things my father told us about. And in the hearts he left the coaching craft. It seemed like forever.

According to dad, when he was a Spartak footballer, it was impossible to imagine such a thing. Nearby are incorruptible, honest teammates, just as decent people on the coaching bridge.

And here the businessmen “painted” in advance who would become the champion and prize-winners, which teams would be eliminated. Why then play, go out on the field? our dad asked rhetorically. And he did not find an answer, except for the feeling of bitterness he experienced, even disgust. Ugh, disgusting to tears!

With such a somewhat straightforward, honest, open character, Krutikov doomed himself to leave football. Which he did. I would never put up with this state of affairs in the game.

Our grandfather died in 1972. According to my mother, the situation is this - there is nothing to bury the old man. So hard lived materially in other periods. There was no free money at that moment. Well, somehow we got out of the situation with great difficulty. Our mother developed the disease on a nervous basis.

Dad tried to work as best he could. I didn’t remain idle at all, although such periods, as you might guess, happened, and more than once. For some time he worked in the Youth Sports School of the Moscow "Spartak", the head teacher, in my opinion. Again, he played for a team of veterans, almost up to 70 years.

They called me to Nalchik to coach the local Spartak. Nevertheless, he agreed, reluctantly, he did not want to leave the house. I also invited my mother to the capital of Kabardino-Balkaria. She, on reflection, refused to accompany her father. She explained simply: “Imagine, after a year you will be released from the team, what then? - she told her father. “I have a job in Moscow, a good salary.” Reasonably reasoned, with concern for the family good. Still, an assistant director at Mosfilm is a good position that brings in a certain income. My father, of course, has a terrible grudge against some people, including those involved in Spartak. Sadness, melancholy, hopelessness - my mother characterized the time periods of life in this way. Sometimes I didn’t want to remember, indeed, dark periods happened, Natalya says.

The same Starostin, for example, did not work for a football team at one time. But in the Spartak society, he continued to be listed. The office was located near Krasnoselskaya metro station.

Once, my father crossed paths in the building of the sports society with Nikolai Petrovich, a conversation began. The master asked his father why he and a number of players did not want him, Starostin, to work in a team. The father, moderately intelligent, with his usual directness, answered: “You are no longer young, please give us a chance to“ steer ”the club. Try your hand".

Later I realized that thus, he put a cross on himself. Apparently, Starostin did not forget the obstinacy of the former ward. Then he tried in every possible way to "push" dad as far as possible, deeper. I judge at least by the fact that later my father could not find a suitable job for himself. Probably, this happened not by chance, and not suddenly, in my opinion.

The events refer to the period when dad left Spartak after an extremely unsuccessful season. The team headed by him in 1976 flew to the first league. Anatoly Fedorovich never initiated us, even my mother, into official business. To a few questions he invariably answered: "It's my business, where, when and with whom to work."

Somehow the father was promised a job. A rare case when parents went together to communicate with a potential employer. We arrived at the place at the agreed time. Dad was once again given "from the gate - turn." We left not "salted slurping." Experienced, especially the father, another humiliation. Well, how, people arrived, they were not even accepted, they were not allowed to enter the door. Pig, bestiality. Also, after all, it was done for a reason, apparently, the action was purposeful.

It looked like outright mockery. You can imagine the state of our loved one. It didn't show up outwardly. By nature - a stoic, zero emotions. Well done. Not the slightest touch of despair, let alone panic. And they were bullied regularly. They will call for negotiations, and - nothing, zilch alone.