Coffin for the prosecutor

"He replied that" everything is fine, "which meant" ready to kill " 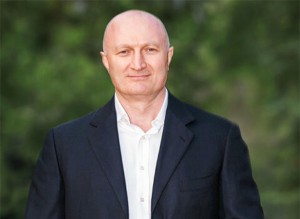 On the account of the gang of Aslan Gagiev (Dzhako) there are many murders of representatives of the law enforcement bloc. Moreover, only some law enforcement officers died, as they say, in the line of duty, trying to expose the participants in the organized criminal group (Family) Dzhako. The rest themselves were members of the Family and, often, their careers were due to Gagiev. And they died, because they ceased to fulfill the commands of Jaco. A similar situation occurred with the deputy prosecutor of the Industrial District of Vladikavkaz Oleg Oziev. The “right hand” of Dzhako Arthur Dzhioev (Sonny), who made a deal with the investigation and received 17 years of strict regime, spoke in detail about the murder during interrogation. Rucriminal.info continues to publish the testimony of the Son. "Oziev O.Yu. worked in the prosecutor's office of the Republic of North Ossetia-Alania, even held the post of deputy prosecutor of the republic. In September 2007, Gagiev A.M. helped Karpov become the head of the educated investigative department of the republic of the Investigative Committee of Russia. Oziev O.Yu. claimed this place. After the appointment of Karpov as the head of the investigative department, Oziev O.Yu. dismissed from the post of deputy prosecutor of the republic. Oziev O.Yu. was able to recover as deputy prosecutor of the district. Around 2008, Oziev O.Yu. began to maintain personal relations with the head of their criminal community, A. Gagiev The latter has repeatedly met with Oziev O.Yu. in Moscow and the Republic of North Ossetia-Alania, they had some common business. According to Gagiev A.M. he knows that he once helped Oziev O.Yu. to avoid criminal liability for some crime, which one does not know. In addition, approximately in 2010-2011, Gagiev A.M. told him to give Oziev O.Yu. As a gift, Robert Bagaev, who was with Bagayev for a short time in use, was a black Mercedes car, 220 models. According to Gagiev A.M. he knows that he repeatedly did Oziev O.Yu. gifts in the form of large sums of money. During repeated meetings of A. Gagiev with Oziev O.Yu., he also met with the latter. They exchanged phone numbers, sometimes called up.

In the spring of 2013, it seems at the end of April, he does not remember the exact date when A. Gagiev was in Turkey, he was called by Dzugutov G.Z. through secure mobile communications. He asked him to meet with George Kusov, who had come to Moscow from Turkey, from Gagiev A.M. He and Kusov George met in the area of Krasnopresnenskaya embankment. At a meeting Kusov G.S. made it clear that A. Gagiev gave them, that is, the Kokoev D.V. group, an indication of the murder of Oziev O.Yu. and asked if he (Dzhioev A.B.) is in contact with the latter. Having understood that it is necessary to help in fulfilling the instructions of A. Gagiev regarding the murder of Oziev O.Yu., he replied to Kusov G.S. that he had a phone number for Oziev O.Yu. and tried to get through from his phone number. If Oziev O.Yu. answered the call, he would just talk to him on abstract topics. But later, by this phone number, Oziev O.Yu. call a meeting in a convenient place for killing. He could not get through, as Oziev O.Yu. phone was turned off. Then Kusov G.S. asked to inform him through a mobile secret connection, if Oziev O.YU. will appear or get in touch. He promised this to G. Kusov. and they broke up. Subsequently, Oziev O.Yu. I didn’t get in touch with him.

About a week later he went to Belarus, and from there flew to Georgia, to Tbilisi. When he was in Georgia, he was called by Gagiev A.M. through secure mobile communications. He instructed him to contact Denis Kokoyev or George Kusov and ask if everything was okay with them according to Oziev. This meant that it was necessary to find out from the guys from the group Kokoev D.V. nicknamed "Monk", did they prepare for the murder of Oziev O.Yu. He found G.S. and talked to him through secure mobile communications. He asked G. Kusov. the same conspiratorial phrase "is everything normal with them." Kusov G.S. replied that they had “everything is fine”, which meant that they had prepared for the murder of Oziev O.Yu. He called Gagiev A.M. through conspiratorial mobile communications and told him that the group Kokoeva D.V. prepared for the crime. On this their conversation with Gagiev A.M. was over.

At the end of October 2013, he doesn’t remember the date; on the Internet he saw a message stating that in the city of Vladikavkaz O. Yu. Seeing this news, he realized that Kokoev D.V. complied with the instructions Gagiev A.M. to commit the murder of Oziev O.Yu. ”