The main shadow businesses, the Ministry of internal Affairs of the Russian Federation

The story of Yuri Alexeev - protege Rotenberg the result 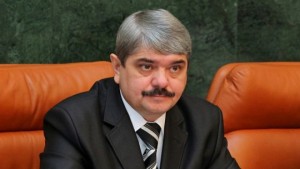 The loudest scandal in the interior Ministry in recent years, of course, were the arrest and subsequent long-term conviction of the head of Guebipk of the interior Ministry Denis Sugrobov. Moreover, the fact that the General will be behind bars not long before that did not Bode. Shortly before detention, Sugrobov, by means of behind - the-scenes games, literally "ate" the opponent in system of the Ministry of internal Affairs of the Russian Federation-the head of Investigative Department Yury Alekseev. And this despite the fact that the latter enjoyed the support of the Almighty Arkady Rotenberg. According to sources rucriminal.info, after the resignation of Alekseev, Rotenberg tried to attach it to the presidential administration and the Prosecutor General's office, but to no avail. However, the Supervisory authority has got several close associates Alekseev and still remain in high positions. But we'll talk about it later. For now rucriminal.info begins publication of a large - scale investigation of Yuri Alekseev-a man not particularly well-known to the General public, but at the time was one of the main "shadow" law enforcement unit.

As told sources rucriminal.info extremely interesting story, which featured Yuri Alexeev, was associated with a former investigator of the Investigative Committee of the interior Ministry of the Russian Federation Andrey Kosmonova. In the early to mid-2000s in St. Petersburg, police investigators conducted two cases of raider seizures - "daughters" of RAO " UES " JSC "Sevzapenergosetproekt" and "Frunze fruit and vegetable base" (FPB).  Both crimes were committed by the team of "authority" Mikhail Sliozberg (Misha Kupchinsky). The investigation of fraud with the "daughter" of RAO "UES" was attended by employees of the OCD of the Northern capital, quickly found a common language with the"authority". As a result in capture of FPB already took part the Deputy chief of the organized crime control Department Vladimir Sych and his subordinates.

Peter to control both investigations, despite the closeness of the Owl to the head of the local police Vladislav Petrovskogo, it was difficult. First, the victims were people with connections. And representatives of RAO " UES " and the former owner of FPB Semyon Shubik constantly went to complain to Piotrovsky, the Governor, Federal officials, etc.secondly, investigators on both cases were people stubborn and it was not possible to find a common language with them. So, in 2005 an employee of the Frunze district police Department involved in the investigation "Sevzapenergosetproekt", charged Sliozberg and several of his fighters. According to sources rucriminal.info, then the raiders decided to use the services of the Deputy chief SK at the Ministry of interior of the Russian Federation Yuri Alexeev – person more agreeable than St. Petersburg investigators. As a result, the light appears two documents – one signed by Alexeyev, the other acting his duties – on the seizure of these cases and transfer them to the production of IC at the Ministry of internal Affairs. And this despite the fact that the investigation of "daughter" RAO "UES" was at the stage of article 217 of the code of criminal procedure – the accused acquainted with the materials. In Moscow, Yuri Fedorovich painted the case on the head of the IC Anatoly Shevlyakov - at that time the nearest handy Alekseev (later their paths diverged). Shevlyakov (now the fixer "mediocre") has transferred materials in the production of "tested" investigator Andrew Kosmonova. Kazbanov repeal article 217 supposedly for further investigation. He again interrogated Shubik and representatives of RAO "UES", showing them their interest in the successful outcome of the investigation. "Then both cases by order of Alekseev were attached to some "left" cases that have no relation to the St. Petersburg stories, and suspended, " - said our interlocutor in one of the security services.

It would seem another successful" operation " Alekseeva. However, in 2007, the shadow owner of St. Petersburg Vladimir Kumarin was sent to jail, an investigative team was created in the RF UPC under the leadership of Oleg Pipchenkov, which began to take into its production all unsolved high-profile cases in the Northern capital." Including from the Ministry of internal Affairs took away Affairs on FPB and"Sevzapenergosetproekt". Here also the role in these investigations of Yury Alekseev was opened. Have Pipchenkov was carte Blanche from the authorities to act, regardless of rank. The first was questioned Andrew Kazbanov. He turned out to be a cowardly guy. Immediately offered cooperation, in exchange for the fact that he will be charged only under article 286 of the criminal code (however, it did not come). And began to testify, as it really was. Kazbanov said to the investigator from "team Pipchenkov" that the order to withdraw from the Affairs of the St. Petersburg raiders, including Sliozberg, he instructed his head Shevlyakova. And that, in turn, received such orders from Alekseev. The next interrogated Shevlyakov. He all readings Kosmonova denied, claiming that his subordinate stipulates. Finally, the turn came to Alekseev. Alexeev was interrogated in 2009 in the office in the Newspaper lane. Yury Fedorovich behaved extremely nervously. All the time I showed that the letter from the President, some departmental awards. Essentially asserted that everything was done "solely on the law." When Yuri Fedorovich asked, in the IC at the MIA can make a man like Kazbanov, he promised to investigate. And soon dismissed the investigator from a sin far away.

According to sources rucriminal.info on "free bread" Kazbanov became a fixer, he sang with a former employee of DEB the Ministry of internal Affairs of Russia Maxim Kagansky (they are co-founders of several companies) and was involved in many shady stories. In particular, he appeared in the materials in the case of his closest friend of the investigator of the Department of the UPC Russia for the transport of Gregory Dimova, got on a bribe in $1,5 million (Kazbanov and Dimova worked together in the IC at the MIA under the leadership of Shevlyakov and Alekseeva). The last loud story with the participation of this character – the detention of a group of intermediaries who carried a bribe Kagansky and investigator GU MVD in Moscow Nelly Dmitrieva. It Kazbanov, in the framework of the operational experiment, and donated the money to Kagansky and Dmitrieva. It is noteworthy that at the time, as Kazbanov participated in the "development" of his friend Kagan, he appeared in the court in the case of the seizure of the FPB. First, a former investigator said that he "knocked out" readings on Owl, then confirmed his statements during the preliminary investigation, the case of the FPB it is specifically "inhibited" by order Shevlyakova and Alekseev.