Experts do not exclude that the death of the deputy head of the FSB department in Sochi, Vladimir Kerelyuk, could have been a murder. His body was found at the 16th floor building. Kerelyuk left an audio recording to a friend asking him to help his family. It would seem that everything is clear. However, Rucriminal.info sources say that experts have a lot of questions and doubts. They do not exclude that from the roof of the building they could throw an already dead person. And Kerelyuk had enough ill-wishers. He oversaw the work of the local department M, which provides counterintelligence to law enforcement agencies, the judiciary, etc. Recently, Kerelyuk led a number of dangerous developments for him. In particular, he developed the leadership of the local BEP. He also collected materials for a number of senior security officials from Krasnodar. Vladimir Kerelyuk was a decent and honest employee. However, the FSB officer had his own project. His close friend was Yuri Radzinsky. Previously, he was engaged in the construction business, and then created the youtube channel LikeNastya, which featured his little daughter. Unexpectedly, the undertaking succeeded. LikeNastya became one of the most popular channels and began to bring huge profits. Advertisers began to knock on Like Nastya. As a result, only from June 1, 2018 to June 1, 2019 Radzinsky earned $ 18 million from advertising. He now has seven channels with 107 million subscribers. Radzinsky’s daughter, who performs on seven channels, takes the 3rd place in the ranking of the best YouTube stars according to Forbes magazine for 2019. Sources of Rucriminal.info say that Radzinsky could not have created and developed his business without having a powerful rear in the person of Kerelyuk. It was Kerelyuk who made the cover along the line of force to Radzinsky. Now Radzinsky and his family live in Miami, but there is another big problem. According to the interlocutors, in Russia, the taxation indicates the amount many, many times less than the earned $ 18 million. And in the USA taxes are not paid, since the family lives there on tourist visas and only now has filed documents for Greencard. 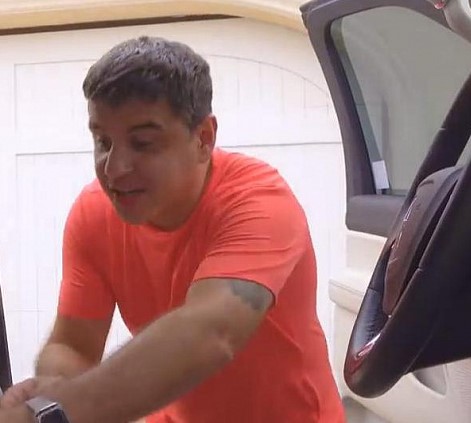 Recall that the tragedy occurred on the night of April 16, when the body of Kerelyuk was discovered. The telegram channel of the VChK-OGPU was the first to report the incident. It turned out that before his death, Kerelyuk developed the heads of the Special Economic Crimes Directorate of Internal Affairs of Sochi, who are now the most powerful people in the power block of the resort city. And also the richest. There was a real war between Kerelyuk and BEPovtsy, as a result the question arose about the safety of the Kerelyuk family. There were open threats to the relatives of Kerelyuk. Kerelyuk reported this to his superiors, but he recommended not to touch the Bepovites and chose not to intervene. According to the first version, Kerelyuk decided to die in order to protect his family. It is possible that he was helped to leave. He left an audio recording before his death, in which he asked a close friend of Yuri Radzinsky not to leave his family and help her, including financially. Recently, Kerelyuk lived with his family in a luxury apartment, which belongs to Yuri Radzinsky (framed by Yuri’s mother). Thanks to Kerelyuk, Radzinsky and his LikeNastya project avoided many troubles, including with representatives of the criminal world, law enforcement agencies, fiscal authorities, etc. After the death of Kerelyuk, Radzinsky will have to look for a new cover.