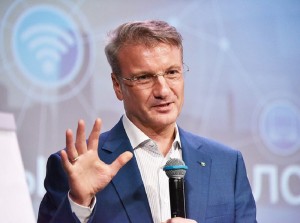 As told by sources Rucriminal.info, the case against Dmitry Mazurov developed very specifically. In the summer of 2019, the Investigative Department (SD) of the interior Ministry conducted a pre-investigation check on the application of Sberbank and interviewed Mazurov. The crime was not found, the SD issued a waiver. Mazurov himself flew on a business trip to Switzerland. While he was there, there was an interesting event. According to our sources, the head of Sberbank German Gref personally called the interior Minister Vladimir Kolokoltsev. And a "miracle"happened. Materials, which yesterday was made the exemption decision, suddenly turned into a criminal case. As soon as Mazurov's plane landed in Russia, and he left the VIP-hall, he was detained. At the same time, the news about the detention of Mazurov was quickly spread in the media, as we can assume, not without the participation of PR-schikov of Sberbank. Everything was filed "upside down" in the right team Gref interpretation: they say, took the head of the "New stream" not when he arrived in Russia, but allegedly when he tried to escape from the country.

The investigation promises to be extremely interesting. If the investigators decide to treat the matter objectively, according to sources Rucriminal.info a subject of the separate proceedings should be how the Bank had given billions of dollars in loans structures Mazurova. It was not with every loan very large "rollback" going offshore?

Loans are regularly serviced, but as suggested by the sources, to German Gref liked Antipinski refinery. Well, and what is now a raider seizure without a criminal case?

This whole Antipinsky oil refinery and Mazurov a blueprint reminiscent of the story of the "Pavlovskgranit" and its owner Sergey Poimanova.

"Pavlovsk granite" took loans from Sberbank, but then representatives of the state Bank laid eyes on the enterprise. Good Poimanov didn't want to part and the light began to appear criminal cases.  Then the company "neo Center", then headed by the son of the head of Sberbank Oleg Gref, deliberately understated the value of the company's assets three times. As a result, all rights to claim the debt were transferred to Sberbank capital, and the latter sold shares in Pavlovsk Granite under the hammer.