Valery and Eduard Gazzaevs in the materials of the investigation of the organized crime group Aslan ... 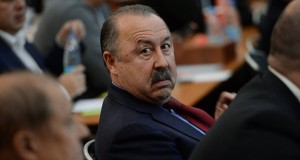 Eduard Gazzaev, a brother of the former coach of the Russian national football team, chairman of the State Duma Committee on Nationalities Valery Gazzayev, has been summoned to court on the “Gagiyev’s gang case”. TFR would like Valerie Gazzayev to answer questions in court, but he has parliamentary immunity. Gazzaev also has great connections that allow him, the parliamentarian, to openly support the arrested friend of thief in law Oleg Shishkanov. In particular, Gazzaev asked the court to release the mafiosi under his guarantee. The Gazzayev family in both Moscow and Vladikavkaz maintained relations with members of the Aslan Gagiev (Dzhako) group. According to Rucriminal.info, the brothers even pass witnesses on different episodes. Valery Gazzaev - about the murder of the family of banker Alexander Slesarev, and Eduard Gazzaev - about a series of murders in North Ossetia, including the mayor of Vladikavkaz Vitaly Karaev. 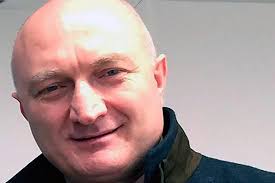 At the disposal of Rucriminal.info was a list of witnesses who are summoned to court in the case of Aslan Gagiev’s gang. Among them, number 32 is Gazzaev Eduard Georgievich. This is the brother of State Duma deputy Gazzaev Valery Georgievich. As follows from the document, Eduard Gazzayev is summoned in connection with the events described in volume 230. It refers to a number of assassination attempts and murders committed in North Ossetia. In particular, the attempt in 2006 on businessman Aslan Chelokhsayev is described in detail. The killers of Dzhako opened fire on the businessman with a machine gun, but Aslan hid in the basement of the Udacha store in Vladikavkaz. The assassination attempt on Aslan was associated with an attempt to find out the “customer” of the murder of his brother Andrei and his three business partners. They were kidnapped in the Queen of Moscow Region, taken to Novorizhskoye Shosse, where they were shot and their bodies burned. The killers Dzhako executed the crime, but the customer has not yet been established. Also in the 230th volume it is said about the murder of the mayor of Vladikavkaz Vitaly Karaev by a sniper in November 2008. Little is known about Eduard Gazzayev. This is the younger brother Valery, who lives in North Ossetia. He worked at customs, was engaged in business.

The elder brother, deputy Valery Gazzayev, in turn appears in the 23rd volume of the case, which refers to the shooting in 2005 of the shadow banker Alexander Slesarev. He was shot in 2005 with his entire family, including his 15-year-old daughter Elizabeth, on her way to the monastery in Stary Oskol. Gazzaev was the only person who was a member of the Slesarev family, with whom the Slesarev constantly talked. But he did not want to help the investigation after the crime. As a result, the capture of criminals took more than 10 years. Rucriminal.info publishes extracts from the case materials:

“Witness Samarin V.V. testified that since the beginning of 2005 he worked as a driver for Slesarev. Trips were made daily only in Moscow. all the time Slesarev held negotiations in various hotels, but with whom he (Samarin) met there is unknown. Slesarev did not say anything about his work. If Slesarev received a call, then he (Samarin) left the salon at the direction of the latter, and previously the conversation began about petroleum products. No stranger ever traveled with Slesarev. Slesarev himself was driving only when he was driving in Stary Oskol. Nobody came to the Slesarevs, except for the Gazzaev family. Many people could know about a trip to Stary Oskol because Slesarev never made this secret.

In addition, Vedeneev D.E., Zherebyatiev S.... and Vinogradov A.A., who also worked in the house of Slesarev, who are also unaware of the activities of the latter, while explaining that the Slesarevs met only with the Gazzaev family.

Witness Gazzaev V.G. testified that he had known Slesarev since 2000 and since then they have developed friendly relations. Their relations concerned only joint transmission, they did not support business relations, and therefore, Slesarev does not know anything about the commercial activities, he only knows that he was engaged in banking business. About a year ago, Slesarev said that he had problems in this business. With whom Slesarev maintained relations, he (Gazzaev) does not know. ”

Slesarev and his relatives were shot by members of the gang of Aslan Gagiev, who, as the operatives suspected, was familiar with the Gazzaevs. If Eduard manages to ask about this issue in court, then Valery Gazzaev is covered by parliamentary immunity.