An employee of the Ministry of Internal Affairs of the Russian Federation, who recognized the... A major scandal flares up in the Moscow law enforcement bloc. As sources told Rucriminal.info, employees of the Department of M of the FSB of the Russian Federation detained the investigator (now the former) of the 1st department of the MCh for the ROPD SU ATC for the Southern Administrative District of the Main Directorate of the Ministry of Internal Affairs of Russia P.V. Yushchenko, in the production of which there were a number of high-profile cases. He is accused of accepting a bribe from a large shadow banker, the unofficial owner of Zlatkombank Batyr Kerbabaev. For a large sum, the investigator who was investigating the theft of funds from Zlatkombank had to organize everything so that one of the official shareholders of Zlatkombank, Alexander Rodimov, was declared insane. 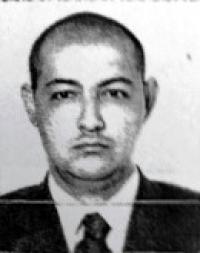 Investigator Yushchenko was investigating a case of embezzlement of funds from Zlatkombank (no less than 0.7 billion rubles were withdrawn from it), and the accused were the bank's shareholders, A.G. Rodimov. and Vvedensky L.The. The problem is that Rodimov and Vvedensky were just denominations, which did not affect the process in the bank at all, let alone the withdrawal of assets. The real owners of Zlatkombank were people for a long time and well-known to law enforcement agencies, shadow bankers Igor Yuryevich Kruglov and Batyr Bakievich Kerbabaev. However, Yushchenko was not particularly interested in this, he threw the case into court, from where it was returned to the investigating body. After that, Yushchenko retired, and the new investigator re-sent the case to court, eliminating the violations. During this period of time, Vvedensky wrote a statement to the FSB that he had given a bribe to Yushchenko. Yushchenko took money from Vvedensky in order to choose a preventive measure not related to imprisonment. Also, as established by the FSB of the Russian Federation, Yushchenko paid a bribe to Kerbabaev. He gave money to the investigator to organize the confession of A.G. Rodimov. insane. According to the plan of Kerbabaev and Yushchenko, the "switchmen" were to answer for the embezzlement from the bank, while one also went to a psychiatric hospital for compulsory treatment.

Upon learning of this, Vvedensky and Rodimov wrote a statement against the real owners of the bank - BB Kerbabaev. and Kruglov I.Yu. A criminal case on embezzlement of funds from Zlatkombank has now been initiated against them. According to forecasts, the judge of the Simonovsky court Okuneva will return the case against A.G. Rodimov. and Vvedensky L.V. to the investigating body and all cases will be united in the Main Investigative Directorate of the Investigative Committee of the Russian Federation in Moscow.

When the officers of the FSB of the Russian Federation received information about the receipt of bribes by the investigator Yushchenko, they detained him. He immediately expressed a desire to cooperate and conclude a pre-trial agreement, actively testifies, so the Meshchansky Court of Moscow chose him a measure of restraint in the form of house arrest. Yushchenko gives extremely interesting testimony, so the story may have a resounding continuation.

In 2015, the Savelovsky District Court of Moscow sentenced Batyr Kerbabaev, the ex-head of the bankrupt Industrialny Bank, to two years in prison. Violations revealed in 2009 became the reason for his criminal prosecution. According to the Central Bank of the Russian Federation, during 2008 and at the beginning of 2009, “residents-clients of KBI-Bank systematically carried out transactions to transfer large funds in favor of non-residents on various dubious transactions with goods”. At the same time, according to the Central Bank, the money went to foreign companies registered mainly in offshore zones, as well as to Latvia.

It is curious that in 2008 Anatoly Bagmet, the then head of the State Investigative Committee of the Investigative Committee (now the ICR) in Moscow, reported in one of his interviews that his department was investigating the case against "the chairman of the board of KBI-Bank, Batyr Kerbabaev." "He is accused of bribing $ 50,000 to an employee of the Federal Drug Control Service for failure to carry out verification measures in the bank as part of a previously opened criminal case on smuggling," Mr. Bagmet explained. However, what became of this case is not known further.