FSB came for the heir to the mafia 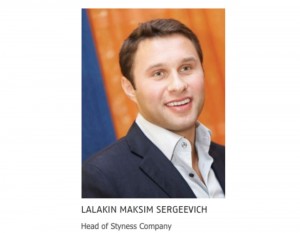 The Basmanny Court of Moscow has arrested lawyer Sergei Bogolyubsky, who is a confidant of Maxim Lalakin, the son of the leader of the Podolsk organized criminal group Sergei Lalakin. According to the telegram channel VChK-OGPU, he is accused of laundering property worth 9 billion rubles, which belonged to businessman Alexander Mineev, who was shot by killers. According to the source, Sergei Bogolyubsky was detained on October 27 by officers of the Russian FSB. On the same day, acting Head of the Main Directorate for Investigation of Particularly Important Cases of the ICR, Shcherbin, initiated a case against: Bogolyubsky (partner and confidant of Maxim Lalakin), Georgy Shuppe (former son-in-law of Boris Berezovsky) Mikhail Nekrich, Dmitry Kurylenko (posing as a former employee of the GRU), Boris Karamatov ( wanted in the case of a raid by FSB officers on an underground exchanger) and a number of other persons under Article 174.1 of the Criminal Code of the Russian Federation (laundering of criminal proceeds or property). According to the investigation, Bogolyubsky in London rewrote on Shuppe beneficial rights to 6 companies that owned property (buildings in Moscow) worth 9 billion rubles. All this property was later stolen from businessman Alexander Mineev using forged documents. When the businessman noticed this and tried to return it, the killers killed him. Operatives suspect that the ultimate beneficiary of a series of crimes could be Maxim Lalakin. Bogolyubsky is his confidant, they sit together in the office of Styness, headed by Lalakin Jr. According to the materials that were at the disposal of Rucriminal.info, during interrogation on November 13, 2014, Kurylenko indicated that Maxim Lalakin was aware of the intention to organize the murder of Alexander Mineev. Boris Karamatov was a participant in the theft of assets (business centers, etc.) for $ 1 billion, which belonged to businessman Alexander Mineev. And then Boris Karamatov organized a raid on the site of cashiers by the fighters of Alpha and Pennant of the FSB of the Russian Federation, during which 136 million rubles were stolen. According to the investigation, the shadow businessman Alexander Yumaranov collected this amount from the clients of the Moskva shopping center (owned by God Nisanov) and, on the advice of his friend Boris Karamatov (Borya Uzbek), on June 10, 2019, went to an underground exchange office on Ivan Babushkin Street. Yurmanov was accompanied by Karamatov. They changed money there more than once.

At the same time, a black Mercedes minivan drove up to the Metallurg building, which, as the investigation established, was driven by a former employee of the Federal Tax Service Dmitry Chikvin. Inside the car were employees of the "K" department of the FSB SEB Artur Vlasov and Alexander Karelin (grandson of the head of the department of the FSB Academy Valentin Karelin), officers of the "Alpha" department of the special purpose center (CSN) of the FSB Khetag Margiev, Vladimir Urusov and Roman Obolensky, an employee of the department " Pennant "TsSN Dmitry Kapyshkin, former investigator of the prosecutor's office Konstantin Zharov and Dmitry Kazantsev. Having taken money away from Alexander Yumaranov under the pretext that he was participating in an illegal financial operation, the security forces left with the gunner Boris Karamatov. They pretended to detain Karamatov. He, as the organizer of the attack, took half the amount for himself.

As sources told Rucriminal.info, the organizer of the raid on the site of the cashiers by the fighters of Alpha and Vympel, Boris Karamatov, first left for Israel. And then he began to run between Serbia and Montenegro. And it is Maxim Lalakin who helps him to hide, over whose head the clouds are gathering more and more.

We publish an excerpt from the decision to initiate the case, according to which Bogolyubsky was arrested: