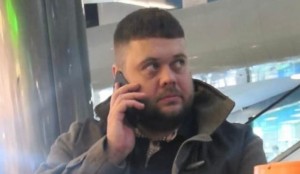 The Zyuzinsky court of Moscow has appointed for November 3 the first hearing in the case against Maxim Zhukov, a veteran of the Alpha special unit, who eliminated terrorists, covering his children with his body and carried them out of a burning school in Beslan and unconscious hostages from the musical Nord-Ost from Theater Center on Dubrovka. Together with him in the dock Tsapko AND.The. - a veteran of the Ministry of Defense of the Russian Federation, who received many wounds during the establishment of constitutional order in Chechnya and has a huge number of state awards. They were sent to jail at the request of A.Yu. Bykov, who is a great friend of the Directorate of the FSB of the Russian Federation. Rucriminal.info publishes the second part of the investigation about this criminal story.

Alexander Bykov is actually a dear person for his curators - the head of the 8th department of the "K" Department Abdrafikov and his subordinate operative Burov. As a result, Bykov, previously convicted by the Presnensky District Court of the city of Moscow under Part 4 of Article 159 and serving this sentence, received permission to park his car right in the official parking lot of the Federal Security Service of the Russian Federation on Vorovsky Square. As you know, in this parking lot, not all employees of the "office" have the opportunity to park their cars.

Bykov, coming to regular meetings with his influential friends from the "office", left a car with a driver in this parking lot while having dinner in a friendly atmosphere with the head of the 8th department of the "K" Department Abdrafikov and his subordinate Burov.

With such a level of communication, it is not surprising that Bykov submits applications personally to the deputy head of the Service - the head of the "K" 4 department of the FSB Service of Russia I.I. So, on 03.04.2020, to the FSB reception room addressed to Tkachev I.I. .V., Also Solovyan M.S., and Taranenko R.V. and on the same day (this is the speed) I got to the 8th department for verification and consideration, to Colonel Abdrafikov and Captain Burov, and they immediately interrogated Bykov without delay.

What was the statement about?

According to a source of Rucriminal.info, Bykov is engaged in positioning himself as a businessman or banker with great opportunities, working under the "roof" of the Office of K. If he appears as a businessman, he offers people supplies of something. He is paid money for his shell companies, and he cashes them out, but does not deliver the goods. If he introduces himself as a banker, he offers all kinds of assistance with the withdrawal of funds stuck on accounts under 115 FZ, cashing out, etc. When people agree and begin to use his services, then, accordingly, they do not receive money back, since he lets all the funds through his campaigns.

When the deceived clients press Bykov, he goes to Department K, with whose employees he was a participant in various operational experiments.

Around the end of 2018, Bykov A.Yu., positioning himself as an excellent financial specialist and a successful businessman, met with Tsapko I.V. Later Tsapko I.The. introduced Bykov A.Yu. with Solovyan M.G. and Zhukov M.The.

Bykov, referring to his connections, offered his new acquaintances to take part in a profitable financial project, he was allocated a large sum.

According to our interlocutor, due to the expiration of the loan term and the absence of dividends from investments, in the fall of 2019 and in particular on October 29, 2019, in the Goodman restaurant located in Moscow, on Odessa street, house 2, Zhukov M.V ., Tsapko I.V., Solovyan M.G. met with A.Yu. Bykov. and offered him to return the money, while they did not use any violence, they did not express threats, and did not ask other people about it.

In November 2019, Zhukov M.V., Tsapko I.V., Solovyan M.G. decided to contact the police about the fraud by A.Yu. Bykov, which was reported to A.Yu. Bykov. And he hurried to write a statement addressed to Ivan Tkachev.

According to the information available to the editorial office of Rucriminal.info, Bykov attached to the statement of 04/03/2020, in support of the allegedly received from M.V. Zhukov. and Tsapko AND.The. Injuries and threats attached some medical certificate and disk DWD-RW X10200103503.

Such a medical certificate was the so-called milestone epicrisis, an extract from the patient's outpatient card No. 32104/19 about Bykov's appeal on November 22, 2019 to the "GBUZ City Polyclinic No. 3 of the Moscow Health Department" for medical help.

This milestone epicrisis is remarkable in itself as an example of an openly false medical document.

Thus, describing the "terrible" injuries of Bykov, previously convicted for fraud, the unknown compiler of fake medical certificates indicated that Bykov A.Yu. is not sick, but a patient (that is, female!), who is in bed in a forced position on his back, and according to the results of an X-ray (which was done at home by A.Yu. Bykov), A.Yu. Bykov. allegedly received such injuries as "arteriovenous rupture of the thigh." I would like to note that the editors, no matter how hard they tried, did not find such an injury in medical practice.

The operative Burov was obliged to check this extract from the patient's outpatient card No. 32104/19 by conducting ORM and perhaps he did it, but then it turns out he found out and hid that the stage epicrisis was fake, but this did not stop Burov from attaching fake certificates to the material of the pre-investigation check, as evidence of the harm caused by the accused to the health of Bykov, indicating in the report addressed to the deputy head of the Service - the head of department "K" 4 of the FSB Service of Russia II Tkachev. that: "... the presence of signs of crime in the actions of Tsapko, Solovyan, Zhukov, Kostin, Taranenko, Rakovsky ... evidenced by the results ... of the operational-search measures: ..." making inquiries "in the hotel" Villa Granta "and" GBUZ city polyclinic No. 3 health care of Moscow ",

As follows from the above report, the results of the ORM "Inquiry" in the hotel and in the polyclinic of GBUZ No. 3 were issued with a certificate of the ORM.

According to the information received by sources of Rucriminal.info, Burov knowingly knowing that in the certificate of the ORM "making inquiries" No. Moscow "are absent, in his report addressed to the Deputy Head of the Service - Head of Department" K "4 of the FSB Service of Russia II Tkachev, falsified the results of operational-search activities, which led to the most serious consequences for the accused.