FSB: Evgeny Dod would compromise the investigation with the help of Mikhail Prokhorov

Rucriminal.com publishes secret service certificate, due to which the former head of "RusHydro" was ... 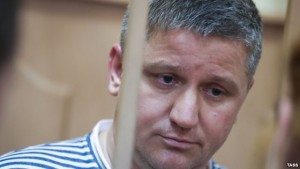 There is a growing potential life that can get the former head of "RusHydro" Yevgeny Dod. Now he is accused of fraud with premiums of tens of millions of rubles in one year alone. However, in the near future can be added and similar charges for other years. Also, the UK actively fulfills materials concealment Dod scale man-made disaster in the Zagorsk PSP-2 in the Moscow region. He withheld this information from the head of state not to display the reported 60 billion, which are necessary for the restoration of PSPP-2, and write themselves huge bonuses.

Dod clearly began to play: he lived with three women at the same time and spent millions of dollars on them, took an active part, together with Prokhorov in financing the opposition, develop cozy "nest" outside the Russian Federation. Rucriminal.com publishes a "closed" report FSB against Doda. He was born on June 21, 2016. A former head of "RusHydro" was arrested the next day.

Deputy Head of the Service

the discovery of evidence of a crime

Reporting in accordance with Art. 143 Code of Criminal Procedure that in the course of search operations, 9 Department of the Office of "P" SEB Russian FSB found that the Chairman of the Board of Open Joint Stock Company "Federal Hydro Company - RusHydro" (now a public joint stock company "Federal Hydro Company - RusHydro "hereinafter -" RusHydro "), a citizen of the Russian Federation Evgeny Vyacheslavovich Dod, born 17.04.1973, elected to the post of 24.11.2009, and the chief accountant - Head of corporate accounting and reporting" RusHydro "a citizen of the Russian Federation Dmitry Finkel, born 13.12.1977, appointed to the post by the order of the deputy chairman of the board "RusHydro» № 102p on 15.03.2010 and on 14.05.2010 an additional agreement to the labor contract from 15.03.2010 number 62, in 2014 by prior agreement with unknown persons committed "RusHydro" theft of property on a large scale.

In particular, it was found that in the period from 01.01.2014 on 28.02.2014 in Moscow EV Dod, Finkel DV and unidentified persons in violation of the Regulations on accounting "Accounting of financial investments" PBU 19/2 falsified income statement and balance sheet "RusHydro" for 2013, unduly inflating the size of the company's net profit amount to 35 321 mln. rub., significantly knowing that the net profit of "RusHydro" for 2013, due to the depreciation of the market value of shares of subsidiaries of OJSC "RAO energy systems of East", OAO "Yakutskenergo", OAO "Far Eastern energy company" amounted to no more than 28 000 million. rubles .

Available in Dod EV ownership, Finkel DV and their relatives houses in Russia and abroad, the high level of income at the moment, allow them a long time hiding from the investigation, including outside the Russian Federation does not care about the source of livelihood for themselves and their families.

According to available operative information, after repeated official requests directions to the address of PJSC "RusHydro", including those relating to the accounting of the company, D. Finkel, perhaps in order to avoid responsibility, urgently decided to travel outside of the Russian Federation, presumably, Greece.

Furthermore, according to available operational data currently EV Dod initiated the sale of his family-owned vehicles, indicating plans to leave the territory of the Russian Federation, in order to avoid criminal liability.

In addition, during search operations found that, in accordance with the oral instructions EV Dod Finkel DV and other unidentified persons, possible involvement in the crime, in PJSC "RusHydro" targeted measures are taken to the destruction of electronic media, as well as documentary materials that contain information about the facts of illegal activities Dod EV and his inner circle.

The owner of PJSC "Quadra", where EV Dod holds the position of Chairman of the Board, is MD Prokhorov, at the same time owns a media holding "RBC".

In order to avoid criminal liability, EV Dod Finkel and DV undertake efforts to attract the media to discredit the police.

In addition, according to available operative information from EV Dod Finkel and DV there are communications among law enforcement officials, including bodies performing operatively-search activity, in the organs of executive power of the Russian Federation. Using data communication, EV Dod Finkel and DV can put pressure on the course of search operations and investigations.

Thus, according to intelligence information, EV Dod Finkel and DV They plan to escape from the investigation and trial, as well as obstruct the criminal investigation into the theft of the property of PJSC "RusHydro", if it is initiated.