“Fedorov needs to be removed” The telegram channel Infobomb published the protocols of the preliminary investigation of the Spanish court in the case of the Russian mafia, headed by the "godfather" of St. Petersburg. Part of the material is devoted to scams around the funds and assets of the Financial Leasing Company (FLC), the deputy director general of which was Petrov's trustee Nail Malyutin. 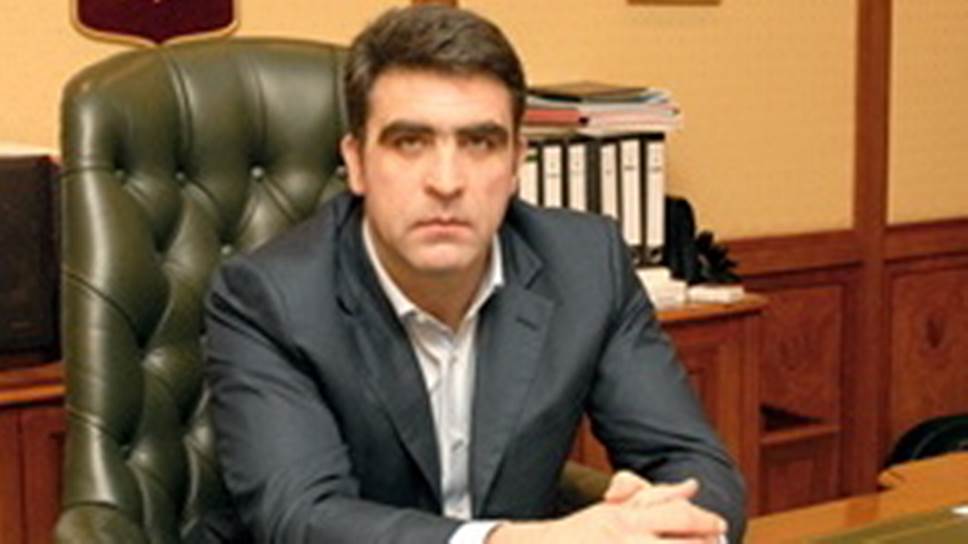 Petrov knew perfectly well the other deputy general director of the FLC Andrei Burlakov. A FLC security guard under the name Morozov was the leader of a gang of killers Aslan Gagiev (Dzhako). In 2008, the FLC bought two shipyards in Germany from the Norwegian company Aker Yards and one of the secret beneficiaries of the transaction was just Gennady Petrov. Rucriminal.info has a record of an interesting telephone conversation between Malyutin and Petrov. Immediately after the purchase, Malyutin reports to Petrov about the deal in his interests and announces that the shares immediately began to grow up. “They know who is involved, so the stock is growing,” says Petrov proudly. Malyutin notes that it is necessary to resolve the issue in order to "advance and appoint our Poghosyan." We are talking about Mikhail Poghosyan, whom Malyutin and Petrov wanted to put at the head of the United Aircraft Corporation instead of Alexei Fedorov, who annoyed them. “Fedorov needs to be removed. This is the main thing, ”Malyutin notes. In aircraft construction, Petrov also had interests. Poghosyan, who held the post of vice president of the UAC, was his own and in 2011 he managed to replace him with the head of the UAC. Malyutin tells how hard work is for him from Spain, explaining that "demand is from him, as from an understanding." Petrov agrees.

And now we give an excerpt from the Spanish protocols, which collected a dossier on Petrov.

“Gennadios Petrov. In the criminal Russian environment, he is known as the Criminal authority. The leader of the Tambov organized crime group, whose existence is confirmed by the Russian authorities, various police services, international data, a number of expert reports and intelligence on their activities and the pyramidal structure of the organized crime group, the existence of which, as well as his status in it, was recognized by the accused. Petrov has numerous criminal convictions, was repeatedly registered with the police, was serving a prison sentence together with Sergei Kuzmin. On February 8, 1985, Petrov was sentenced to 6 years in prison by a sentence imposed by the Zhdanov Municipal People’s Court of the city of Leningrad. Petrov was under judicial investigation due to a connection to a criminal organization, where he was together with Alexander Malyshev. So, September 5, 1992 About 30 people were detained as part of a criminal group under the control of Malyshev. During the detention, an unregistered pistol was seized from Alexander Malyshev. The members of the criminal group were accused of banditry and the commission of various group crimes. Together with Malyshev Petrov, Kuzmin and Mustafin were also detained. If Petrov was acquitted in the framework of criminal case 2-96 / 95 on the verdict of September 12, 1995 due to the fact that the witnesses who testified were refused, then Alexander Malyshev was extorted from the conviction on this verdict. Petrov was marked in the Directory of Unwanted Persons in the Schengen Information System (Greece) under the number G002000M8963680000, valid until 18-10-2008, as a foreigner who is prohibited from staying on the territory of the Schengen countries (Article 96) with the following wording: “On external borders: refuse to enter the territory. On the territory of the country: in accordance with national law, request an identity document and in the presence of a competent person to expel the person from the Schengen agreement. Contact the SIRENE national service. ”Interpol Greece (2003) sent a request to Petrov’s name in Interpol Bern, Interpol Moscow, Interpol Tbilisi and Interpol Madrid to confiscate all official Greek documents by which the identities of Gennadios Petrov, his wife Petrova Elena Viktorovna and his son Petrov Anton Gennadievich could be established, “since these are Greek identities identity (passport, identity card identity, driver’s license) were obtained by criminal means on the basis of the provision of false documents. ” In 2004, the Interpol of the Czech Republic sent a request to Interpol Athens and Interpol Moscow; it reported on a police investigation against Gennadios Petrov (also known as Gennady) "on suspicion of belonging to a criminal organization and money laundering" Petrov is under judicial investigation in the Russian Federation in connection with a number of murders. In addition, he was interrogated in Spain by judicial order and request from the Prosecutor of the Russian Federation. Petrov and Malyshev testified of their connections with criminal authority Barsukov (formerly known as Kumarin), who is currently in prison. From their testimony it clearly follows that both the persons summoned for interrogation are members of the Malyshevskaya criminal group, which is associated with another group called Tambovskaya. This investigation was carried out in connection with a number of murders. On the other hand, during the investigation of a number of murders and attempted murders of people related to the activities of the Kolpino company (food industry), the Russian authorities officially announced that the accused Khristoforov was the representative (“connecting link”) of the accused Leonid Vitalievich is: "Petrov Gennady Vasilievich, currently lives in Spain, one of the leaders of the Malyshevskaya organized crime group; has a criminal record." Also, on the basis of a court order issued by the Russian Federation for a number of reasons, including a number of murders and fraud in the amount of several million euros, both Khristoforov and Petrov were questioned. Another request for Petrov’s interrogation was also received due to the leak of state funds in connection with the bankruptcy of the shipyards in Rostock connected with the FLC. Bankruptcy caused an illegal outflow of funds worth more than 100 million euros. Indeed, the Russian Prosecutor’s Office requested that Mr. Gennadios Petrov testify in connection with fraud and misappropriation of funds worth more than € 100 million in connection with the activities of the FLK company. As the judge of the Court of First Instance No5 explained, from a formal point of view, according to the Russian procedural rules, Petrov was a witness in this process, however, the content of the questions asked to Mr. Petrov was incriminating, revealing his involvement, as noted in the figure in court case report of the Spanish Civil Guard Guardia Civil (* police *), to the aforementioned crime of embezzlement of money (in Russia) and bankruptcy (in Germany). This is an investigation into the case of embezzlement of public funds of a company ("FLC"), which owns shipyards in Rostock (Germany). This led to the bankruptcy of these shipyards, the dismissal of thousands of employees, as well as the waste of public funds of the Russian Federation. ”