“These are Kenes fighters” At the disposal of Rucriminal.info was an audio recording made by restaurateur Jeanne Kim at her restaurant, Element, an hour before the shootout.

This entry makes you look at this story in a completely different way. Conversations with Jeanne are conducted by lawyers of opponents, trying to clarify the situation with the debt. There are no threats. The situation changes after Kim contacted her close friend, investor Element, Kazakh businessman Kenes Rakishev. He promises to send his fighters to her, after which Kim begins to openly be rude to the guests, provoking them into conflict. At that time, Rakishev himself sent a lawyer Eduard Budantsev, who was closely associated with the FSB of the Russian Federation, to "disassemble". 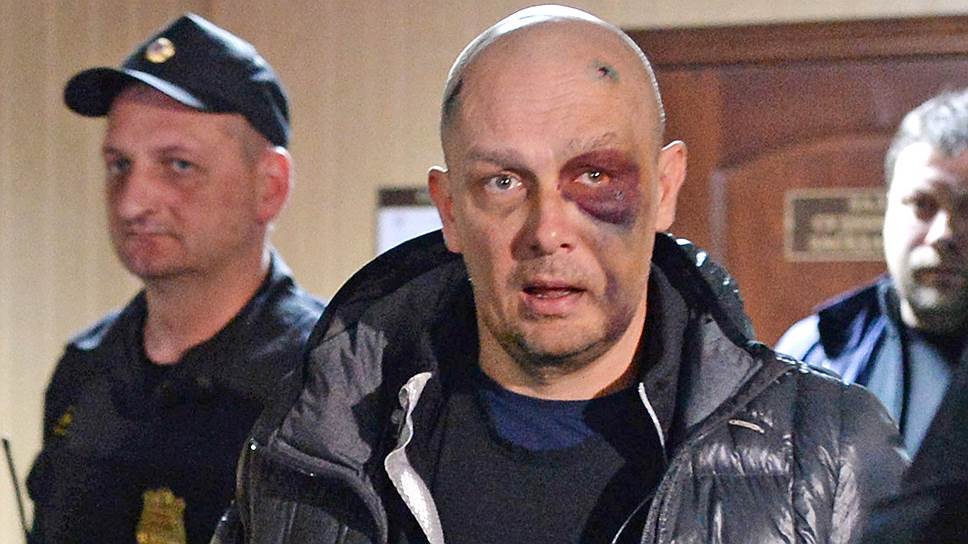 On December 16, 2015, when Budantsev was still in custody (he would later be elected a preventive measure in the form of house arrest), he was first questioned. The lawyer described in detail the events of December 14, 2015. In particular, Budantsev describes how he had to go to the Element: “On December 14, at about 20 o’clock, either Vyacheslav or Kenes called me on a cell, I confuse them by voice.” The caller said that some people were "running into" the owner of the restaurant "Elements" Jeanne Kim and she needed urgent help. Vyacheslav means a large Kazakh businessman Vyacheslav Kim (a relative of Jeanne). However, in this case, the caller of Budantsev was not him, but Kenes Rakishev (a close friend of Jeanne and an investor in Element). The fact that it was Rakishev who called the lawyer, both from the testimony of Budantsev himself at the trial, and from the case file against the police officers accused of not preventing the shootout. According to rucriminal.info, in these cases there are details of the telephone connections of the “handsets” of Budantsev and Kim. So, from these details it follows that when the Italians came to Kim, she called to different numbers, including Kenes Rakishev. In turn, Rakishev shortly after this conversation called Budantsev. And the latter began to gather at the Elementes restaurant. But there are no connections between Budantsev’s phone and Zhanna’s phone. Moreover, Kim until the last did not know who would come to her defense. She recorded conversations with ransomware on a recorder that she didn’t turn off. Because of this, the recordings (published by Rucriminal.info) included Jeanne’s conversations with people from her team, as well as some telephone conversations. In one of these conversations, she says: “Now the soldiers from my boss will fly up. Everything is fine. ” Kim talked about Kenes people. Moreover, after Kim found out (on 57.16 you hear Kim say about Budantsev: “This is a man from Kenes”), she changed a lot in her behavior. Here’s how, according to Rucriminal.info, this was described by police Shakirov, who was tried for not stopping the “showdown”: “Zhanna Kim’s behavior is provocative, given that she consciously made an audio recording and understood what and who needed it to speak in order to hear the necessary answers and to encourage those who come to the aggressive reaction and behavior. In addition, Kim repeatedly left the meeting room and went back, moved around the restaurant, during the evening had a dialogue with the people who arrived at the meeting, repeatedly used the phone, which indicates her normal, unsuppressed state and the absence of threats to her life and health received by her ".

During the investigation, Budantsev tried to change the evidence. Kenes Rakishev’s request to intervene in the situation with Kim fell out of them. The lawyer said that since 2014 he had concluded an agreement on legal assistance with Gangam Style LLC (owned by Kim) and it was within the framework of this agreement, as well as by a call from Jeanne, that he arrived at Element on December 14.

Kim began to adhere to the same testimony, and they contradicted the case materials - the first interrogation of Budantsev and the transcripts of the recordings, handed over by Zhanna to the recorder. Peppered with this evidence, at the court Budantsev admitted that he was sent by Rakishev.

During the trial of Zakhar Kalashov and Andrei Kochuykov, Kim was interrogated in the building of the Almaty City Court of the Republic of Kazakhstan by using video-conferencing systems. During the speech of Kim, the Italian said the following: “Jeanne, if you slander us, I will name your investors. One is a relative, and the second is the one who sent Budantsev. ” By the last person (who sent Budantsev) Kochuykov meant Rakishev.

Sources of Rucriminal.info say that Rakishev was very afraid of the wrath of Zakhar Kalashov and tried his best to settle the issue, including financially.