rucriminal.info continues a series of investigations about the bigwigs of the Russian energy complex. These people have access to tens of billions, and are sometimes unknown to the general public. Earlier we talked in detail about one such businessman Valeria Goncharov (former member of the Management Board of PJSC FGC UES). Valery Goncharov and the owner of the Ukrainian holding Soyuz Igor Prikhodko built schemes that made gigantic sums flow from the budget. The FSB of the Russian Federation even conducted an investigation in this regard. Goncharov also had another loyal partner - the general director of OOO Lenelectromontazh Muratkin Alexander Mikhailovich. This is also a long-time acquaintance of law enforcement officers, a defendant in a series of criminal cases, in particular the Promsvyazbank credit fraud investigation (this story will be told in the near future by rucriminal.info). Now Muratkin is going to increase, but our sources doubt that such "rich baggage" will allow him to take a new position. Especially the history of cooperation with the same Goncharov. Since 2013, Muratkin and Goncharov have implemented schemes of illegal activities in the construction of electric power facilities, the customer of which is exclusively FGC UES PJSC.

An active participant and the main executor providing criminal intentions inside PJSC FGC UES is Valery Anatolyevich Goncharov, first deputy chairman of the board, and Muratkin’s long-standing partner since the early 2000s since joining the tariff commission of St. Petersburg.

Under the actual leadership of Goncharov, a stable group of senior company officials was formed in PJSC FGC UES, providing financial, investment, banking and control support for criminal schemes, as well as corrupt interaction with officials of the Ministry of Energy of the Russian Federation to conceal the results of criminal activity as a result audits of the targeted use of budget investments allocated by PJSC FGC UES as part of the investment program.

According to Goncharov’s instructions, officials of PJSC FGC UES issued advances to Muratkin’s firms at least 30 percent, and thus, taking into account the money received from banks, advances in the amount of 50 to 70 percent were received at the time of commencement of work from the volume of construction.

Muratkin’s contractors concluded numerous subcontracts, usually not directly with manufacturers or suppliers of equipment, but through intermediary or one-day firms controlled by Muratkin, as a result of which the cost of imported equipment for PJSC FGC UES exceeded the cost of customs equipment declarations 2-3 times, and the tax authorities presented for compensation intentionally formed in this way VAT. Unlike other state-owned strategic companies, Goncharov made decisions to refuse to use customs clearance documents in determining the delivery price and to pay for equipment at the price of the last intermediary. In addition, it was precisely at Goncharov’s direction that the FGC UES PJSC introduced a mechanism for full payment of equipment to the contractor only upon delivery without issuing documents to transfer it to the ownership of FGC UES PJSC, which allowed the contractor to use the same thing at the same time, already paid PJSC FGC UES, as a pledge in a bank on a loan for the purchase of the same equipment (for example, Networksroyservice LLC in Promsvyazbank PJSC and Rusengineering LLC in Investbank PJSC).

After receiving advances, Muratkina firms accepted part of the equipment and work from subcontractors, paying them no more than 20-30 percent, after which they transferred these works to pay off part of the advance to PJSC FGC UES. After that, Muratkin left the one-day company he headed (LLC “ITs Energo”, LLC “Setstroyservis”, OJSC “ESIH”), transferring it to his authorized representative for conducting a controlled bankruptcy procedure under the simplified procedure or liquidation.

Goncharov, providing early termination of contracts by PJSC FGC UES with contractors just on the eve of their bankruptcy, while significantly underestimating the actual volumes of work and equipment performed at the facilities by subcontractors.

After the termination, again, in imaginary tenders, Goncharov concluded with new contractors Muratkin (Lenmontazh LLC and Rubezh-RemStroy LLC) contracts for completing work on these facilities again, including the volumes of work actually performed by previous contractors, but not accepted by Goncharov upon termination.

Funds stolen as a result of double workload in the form of budget investments of FGC UES, as well as previously issued advances, were withdrawn to offshore companies controlled by Muratkin with a view to their further appropriation in the interests of a group of persons Goncharov-Muratkin. Subsequently, Goncharov proposed to commercial banks corruption schemes for concealing the damage caused as a result of such activities in exchange for refusing to appeal to law enforcement bodies: FGC UES PJSC does not sue banks for bank guarantees, and banks do not claim mortgaged from FGC UES PJSC they have equipment and seek repayment of loans only as part of the bankruptcy case through the register of creditors.

According to the materials obtained as a result of operational developments, Goncharov managed to establish contacts with a number of senior employees of a number of commercial banks with whom relevant agreements were reached on the legalization of these conditions: Zenit, Globex, Bank of Moscow, Vneshprombank. Available materials allow us to estimate the damage caused to commercial banks in the amount of 6 billion rubles, in relation to PJSC FGC UES, documented damage exceeded 14 billion rubles.

In addition, as a result of the theft by Muratkin and Goncharov through IC Energo LLC in 2014-2015 of funds of FGC UES PJSC in the amount of 500 million rubles transferred for the supply of Korean-made energy equipment from Hyundai to the Tommot substation in Yakutia, representatives Hyundai Corporation, through the Ministry of Foreign Affairs of the Republic of Korea, sent a statement to the Ministry of Internal Affairs of Russia to institute criminal proceedings against officials of FGC UES PJSC and IC Energo LLC, and a memorandum was prepared on behalf of the President of the Republic of Korea. ki Korea addressed to the President of the Russian Federation, which will be handed over during their personal meeting at the Pacific Conference in September 2016. It is obvious that so many questions have accumulated to Muratkin from law enforcement agencies that, of course, it is worth hurrying to ask them at the next interrogation, until he went somewhere to the warm regions (the Muratkin family has enough facilities abroad). In the meantime, Rucriminal.info is publishing the first part of the certificate, which was prepared by one of the special services about Muratkin’s “fun activity.” 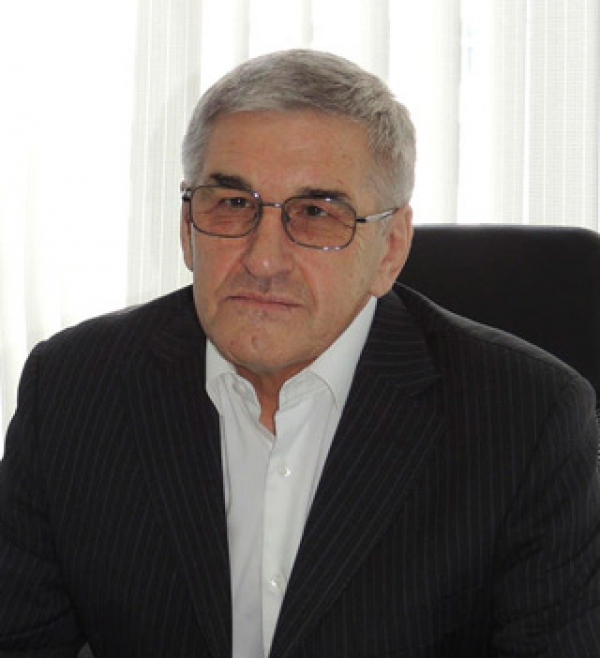 September 12, 2012 Setstroykomplekt LLC represented by P.V. Andreeva with Engineering Center Energo LLC concluded a contract for the supply of the above equipment at a price of 415 191 237 rubles.

Thus, all decisions on behalf of the executive bodies of Setstroykomplekt LLC and IC Energo LLC were made by one management company OJSC Energostroyinvest Holding (Anton Borisovich ZINGAREVICH) in the interests of one owner of MATIAS Co. Limited (Cyprus). This equipment supply was carried out to fulfill the obligations of IC Energo LLC to FGC UES PJSC under the integrated contract of October 3, 2011 IT-03 / 7-11-965.

n December 24, 2013, Setstroykomplekt LLC on the same site transferred equipment to IC Energo LLC. Thus, the equipment was immediately delivered to the site of FGC UES, since Setestroykomplekt LLC did not have the necessary material, technical and human resources to fulfill the conditions for the acceptance of equipment and was used solely as an intermediary to increase the delivery price for further illegal operations VAT refund from the budget.

On October 16, 2014, FGC UES PJSC notified EH Di Energo that the equipment was taken into ownership of FGC UES PJSC (letter No. PN-5299).

On December 9, 2014, the sole founder of IC Energo LLC, the offshore company MATIAS CO LIMITED (Cyprus), decided to liquidate it.

According to the available information, an attempt to implement this scheme was aimed at obtaining CJSC HCH Di Energo from PJSC FGC UES in the amount of 368 million rubles in the form of a repeated payment for the same equipment.

To achieve these goals, the general director of CJSC “Hitch Di Energo” A.B. Averkin, the executive director of Setstroykomplekt LLC P.V. Andreev, with the participation of one of the leaders of IC Energo LLC and JSC Energostroyinvest-Holding MURATKINA Alexander Mikhailovich, entered in cooperation with unidentified persons of FGC UES PJSC.

During these meetings, the indicated persons worked out a plan of actions to create conditions for the re-payment of this equipment by PJSC FGC UES ... ”