“Edik was simply put in jail”

How the main football star was imprisoned Details of the prison epic of the Torpedo striker Eduard Streltsov were provided specially for the Cheka-OGPU and Rucriminal.info by a well-known journalist, author of books about football Alexei Matveev

- He came to visit Anatolyich, and more than once, - shares the former striker of the Torpedo team Alexander LENEV. - Igor, his son, was small. We talked in an apartment near the Kurskaya metro station. The table is set, the bubble is standing. Onions, tomatoes, potatoes, herring - everything, as it should be in the best houses. We drank, ate, very well, sat sincerely.

He did not “start up” during the matches. From something or someone. Just played football. Amazing, amazing. I don't think there were any enemies. Envious people? It could very well be. Which of the normal people do not have them. But they didn't show themselves clearly. On the sly, probably, they "hissed", like snakes under the deck. And what would they do to Anatolyich? He is unattainable for them football pinnacle. Nobody openly dared to oppose him.

Sometimes Dynamo player Igor Chislenko kept us company. Anatolyich was friends with him. Both great strikers, people admired their game. Celebrities called me with them. The three of us went to restaurants, or just walked around Moscow in their free time from training and matches. They didn’t get into scandalous situations because they were drunk, they kept themselves in hand. Coming home to "scrap" is not in our traditions, foundations. They didn't use drugs. Sorry, we are not Mamaev and Kokorin.

In my opinion, Edik was simply put in jail. In order not to interfere with opponents, he annoyed me too much with the game, with goals scored. He started his career very quickly. We decided to "slow down" a little, sending them to "places not so remote." In my opinion, no one was going to think about the essence of what happened at the damned dacha, let alone figure it out. What for? There is an order from Khrushchev - to judge, to imprison. All. Then it was not discussed at all. Almost like in a war. Try not to follow the order of the commander - execution, or, at best, a guardhouse, in a simple way, "lip". Even the Spartacists, the TsESkovtsy were sleeping and dreaming of getting rid of the Sagittarius as soon as possible. I say I got them. They certainly didn't plan to eliminate him physically. But they really wanted to “hide” away from Torpedo, his fans. We achieved our goal for a while.

No need to pedal only on the machinations of Khrushchev. Version, I confess, is not the strongest, obvious. Anatolyich was set up, I have no doubt about that. Like who? The son and father of the Karakhanovs, the owners of the ill-fated dacha, Edik went to visit them. I didn’t ask Streltsov for details - he didn’t dare. And questions about this topic were unpleasant to him. Why stir up the old, relive again, tear your heart with not the best, to put it mildly, memories.

It was, in my opinion, a conspiracy of the Spartacists and the army, their common company. I'm leaning towards this version. For the sake of the "high" goal - to remove Streltsov from football - sworn enemies joined forces. I have already spoken in order to isolate a brilliant, unlike any other player from the football community.

“After all, it is not uncommon in the Union when it was precisely outstanding people in various fields of activity who seemed to be imprisoned out of the blue,” says Alexander Lenev. - Geniuses did not fit into the generally accepted framework of understanding, they always interfered with someone. The public was disturbed. Tried to innovate. Often, with hostility, attempts were made.

Streltsov, by his mere presence on the field, brought confusion into the ranks of his rivals. Sin, according to opponents. Among them were influential people. Including the leadership of the country.

According to my information, Edik was literally dragged to him by Spartak. Almost on the heels of the player went, persuaded, promised earthly blessings. Streltsov rejected the promises. Remained true to Torpedo.

CSKA in the race for our player also did not stand aside. They dreamed of calling Edik for military service. At that time, there was a vicious practice: they called, - everything, their player. It was not necessary to prepare your own, home-grown masters.

They took ready-made masters under the pretext of an army draft. Anatolyich categorically refused to "get under the gun." A dubious prospect - to play in CSKA - he was very sick of it. He himself told me about this. 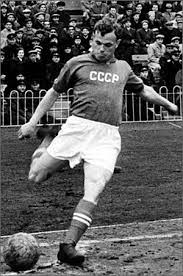 That's revenge. For the manifestation of obstinacy, obvious disobedience to the established order. A kind of dissident in football. Atu him! For the sake of objectivity, Edik partly “played along” with his ill-wishers by going to the mentioned dacha. The slightest reason for isolation was required. He was found.

It is also extremely strange that on the fateful day my partner ended up in the company of the Spartacists, Tatushin and Ogonkov. Although he was never friends with them. Yes, everything went wrong... 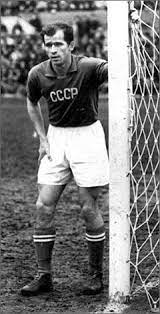 No need to guess why and why Streltsov spoke brightly after leaving prison. The answer is on the surface: a great desire to play inspired football exploits. And he originally possessed God's gift.

On the field, he was probably the opposite of himself in everyday life. The game is a passionate, skillful, indomitable fighter. Behind the edge - a weak, even weak-willed type. This contrast surprised, delighted, somewhat disappointed. In life, one However, a person does not consist of only positive qualities.

In the team of veterans I had a chance to play with him. People in different cities and towns of the vast Union stood in line to touch the living legend of national football. We all kind of got along with him. They were not offended, they gave their due. Admired...

“Of course, it was interesting then where and how our sister, Raya, met Edik,” says Nadezhda Mikhailovna, the youngest of the FATEEV sisters. - Raechka is a lively, strong nature at that time.

We just lived in an area where, basically, torpedo fans were found. They knew each other, the youth communicated. The area is a factory.

Rai has the wives of Torpedo players as friends. Lenya Ostrovsky, his wife, Rita, the Brednev couple, famous football players from the car factory, were friends with our sister. In this sports party, Paradise met Edik Streltsov.

The company met not so much in cafes and restaurants as at home. So it was accepted. Cozier, more comfortable, perhaps. Many Torpedo players just lived in a house opposite the Velozavodsky market, next to the Avtozavodskaya metro station. In my opinion, at a party, in the apartment of the Brednevs, my sister met Edik.

But, they met, of course, after Streltsov's imprisonment. The events "before prison" around the player were just gaining momentum at that time. A drama was played out, allegedly with rape.

Even people who are far from football actively discussed the topic. I also tried, as much as possible, to delve into what is happening. As if a fever struck the citizens. They vied with each other about the tragedy with the Torpedo footballer.

Our family was far from football and sports in general. At least for that period of time. But we, in our narrow circle, also “wound up”, the story did not leave anyone indifferent.

At the dawn of his career, a handsome, young guy, according to experts, an excellent player, fell into a human catastrophe. Prison "shone". After a while, he was there. Of course, the very fact of many excited. It went far beyond just football. The fate of a young man was collapsing, his career was going downhill.

Part of the sports girl in the family was Raya. She participated in athletics, ran skiing, and was engaged in sports shooting. Well done. Temperamental, moderately fighting, responsible.

Rai's relationship with Edik developed rapidly. In February of the 63rd, he was released, and in September of the same year they got married. It never occurred to us to warn her against contacts with a former prisoner, as is commonly believed. They were just a bit confused. Paradise, Edik, marriage ...

We did not fear for the future of a person close to us. It just all happened very quickly. Neither mother nor grandmother told Raya: they say, be afraid of him, stay away. Apparently, at first the very fact of meeting Streltsov shocked them somewhat.

He came to our house when he looked after Raya. What can I say, handsome man! To be honest, we really liked it. Fears for the future of Rai instantly vanished. Sometimes he saw off his sister, talked on the site between the fifth and sixth floors. There were invariably loving couples. The tradition, by the way, has survived to this day.

The first time Edik visited us was with his Torpedo partner Sergeev. Later, Shustikov and Voronin came. We saw - good, sincere, intelligent guys. With an irresistible sense of humor.

From the moment we met, there was never a conversation about the events that preceded the conclusion. They didn't talk about Edik's life in prison either. We did not raise the topic, he, in turn, did not share. As if behind the scenes they agreed not to return to the past, not to stir up the old. It felt like he had said goodbye to the past once and for all. Perhaps he told the guys from the team something, but not to us.

Raechka fell in love, that's all. Recklessly. Just like Edik himself. A powerful, deep feeling completely captured both of them. And it never let go, until the end of days. There was no wedding as such. We signed at the registry office, arrived at our apartment. Mom set the table.

modestly noted. Witnesses, Rai's friend with her husband. A narrow circle of the closest people.