How the Deputy Prime Minister promoted the Mafia firm Mercator 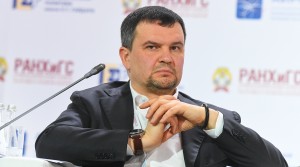 The Rucriminal.info material that the Russian Post signed a contract with the Mercator Holding company caused a big stir. Its head, Stanislav Nikolaev, in the materials of the US FBI and the report of the Interpol NCB appears as a person associated with the Solntsevo organized crime group, "authorities" Semen Mogilevich (Don Simeon) and Sergei Mikhailov. Mikhailov, by the way, was at one time the official co-owner of Mercator, Mogilevich is considered the unwritten co-owner of the holding. “Russian Post” was not at all embarrassed by the mafia ties of their partner. They drew attention to something else. Our correspondent associated the signing of the contract with the fact that the Post of Russia was headed by Maxim Akimov, who is well acquainted with the leadership of Mercator, including Nikolaev. However, the Russian Post, through controlled resources, announced that Mercator had won the tender for the conclusion of a state contract even before Akimov headed the Russian Post. That is, he has nothing to do with it. Rucriminal.info talked to its sources and the situation cleared up. It turns out that Akimov actively lobbied (this is a soft definition) the interests of “Mercator, still in his former position, deputy chairman of the government. This was directly spoken by regional officials. 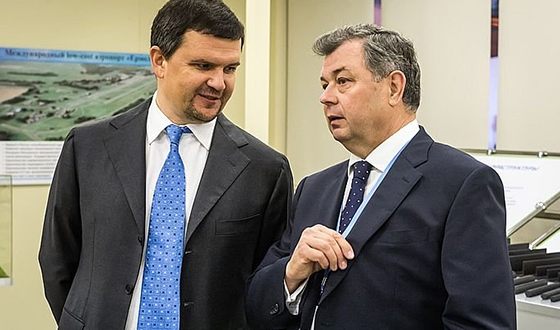 The biography of Maxim Akimov is tightly connected with Kaluga. For a long time he was the head of this city, then vice-governor of the Kaluga region (under the governor of Anatoly Artamonov, who was recently dismissed). Namely, in the Kaluga region is the main plant "Mercator". The plant is, of course, loudly said.

The plant in Kaluga is positioned as its own production jointly with Bucher. At the same time, the report for Bucher shareholders indicated that it was just an “assembly line”. In fact, at the plant in Kaluga, the wheels are fastened with English and Swiss technology and delivered to state auctions under the guise of Russian products. This allows circumventing regulatory acts of the Government of the Russian Federation to prohibit the admission of goods originating from foreign countries for the purpose of procurement. The so-called counter-sanctions.

In the Kaluga region, the owner of the Mercator has long been seized, he specially established warm relations with local officials. And first of all, Artamonov and Akimov entered the field of interests. The main “trick” of “Mercator Holding” in establishing relations with high-ranking officials was the export of their entire “sides” to Switzerland and Italy under the pretext of familiarizing themselves with the products supplied by the structure of Semyon Mogilevich and Stanislav Nikolaev. And she supplies harvesting equipment manufactured by the Swiss-Italian companies Bucher. I did not avoid a trip to these countries, organized by Stanislav Nikolaev, and the leadership of the Kaluga region. The governor and his deputies more than once went to the Swiss city of Niederveningen on the pretext of studying the work of the Bucher plant for the production of municipal special equipment .... And also flew to Italy to get acquainted with the work of Giletta SpA, participating in the joint project with Mercator Holding . 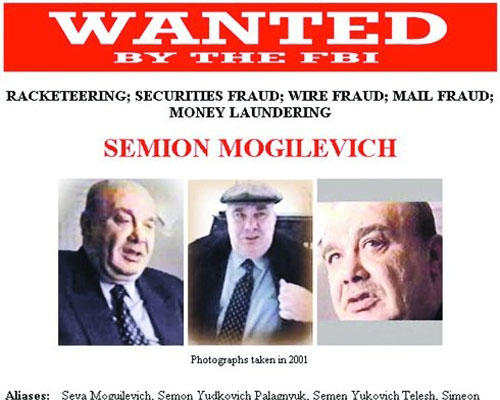 Then Akimov moved to Moscow, where he built his further career. He began with the Deputy Head of the Office of the Government of the Russian Federation, and in May 2018 he was appointed Deputy Chairman of the Government of the Russian Federation. Akimov’s responsibilities included: communications, transport, and the digitalization of the economy. You’ll laugh, but until May 2018, Mercator supplied street cleaning equipment. And as soon as Akimov became vice-premier, Mercator suddenly revealed himself as a specialist in digital transformation, etc., to all the areas that Akimov began to oversee in the government. And state-owned companies, regional governments began to conclude contracts with Mercator one after another. The “Post of Russia” was no exception. Sources of Rucriminal.info say that Akimov directly recommended working with Mercator. Some regional officials did not hide this.

So, in October 2019, Mercator held an advertising event on Komsomolskaya Pravda radio. The president of the Mercator Holding group of companies, Alexander Belogortsev, praised his native structure as a supplier of everything necessary for the digital part of the transport industry. It was about contracts for the public sector. Nearby sat the Minister of Transport of the Rostov Region Andrei Ivanov and nodded. Finally it was his turn to speak and the weary official uttered a phrase, from which Belogortsev's mouth opened. Ivanov agreed that the supplies of Mercator were indispensable and referred to meetings led by Deputy Prime Minister Maxim Akimov.

Here is this snippet:

Corr: “Andrei Nikolaevich, you just listened, nodded in some places. Do I understand correctly that you, as a manager, a transporter, have heard what you would like to hear when we talk about what technology is capable of, in this case, the Mercator?

Ivanov: “Of course, I heard this ... And yesterday, holding a large plenary meeting, which was called“ Horizons of tasks for 2020 in the framework of the national project, ”Maxim Alekseevich Akimov said that our task today is not it’s just mechanically adding money to the industry, not just mechanically re-equipping with some machinery, but fundamentally re-equipping the road transport complex. ”

Maxim Akimov, as deputy prime minister, helped Mercator get state contracts not only with Russian Post, but with many regions. Now its capabilities have narrowed down to one Russian Post. But he is not going to part with an old and faithful friend in the person of Stanislav Nikolaev. We will remind, the criminal authority Semen Mogilevich (aka Semen Yakhimovich, aka Don Simeon) is a longtime senior partner of Stanislav Nikolaev. Mogilevich is wanted by the FBI, an extensive report was prepared on the activities of his organization at the time of the FBI. This report was made available to Rucriminal.info. This report also speaks of Stanislav Nikolaev, as a faithful assistant to Mogilevich. The FBI found that the center of the Mafia empire of Mogilevich was Arigon, a company registered in the Channel Islands. Arigon had branches around the world, and the largest of them (also called Arigon) was located in Hungary. This was led by Arigon Stanislav Nikolaev. The other partner of Mogilevich in the report named the leader of the Solntsevo organized crime group Sergei Mikhailov. He at one time was the official co-owner of Mercator. In this mafia circle, Maxim Akimov fit in very organically.