Shareholders of the bank "lowered" billions of VIP-investors 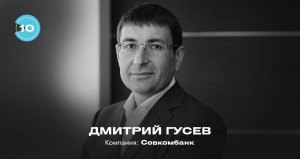 rucriminal.info returns to the story of one of the biggest scams in the banking market. “Sovkombank”, bypassing the instructions of the Central Bank of the Russian Federation, took deposits from VIP-clients for billions of dollars, and then refused to pay them. The total debt to privileged investors exceeds 6 billion rubles. In order to cover this kind of activity from the Bank of Russia, deposits were drawn up as follows. Huge sums were accepted by the shareholder and deputy chairman Sergey Peretrukhin and gave out debt receipts as a private person. However, the receipts indicated that the funds are accepted “for investments in shares and deposits of Sovcombank. In some cases, Sovcombank acted as a guarantor.

After the publication of the article rucriminal.info, it began to actively discuss on the forums depositors "Sovcombank." Which is understandable. If people who made deposits for billions were treated like this, then investors will have an unenviable fate. However, immediately appeared on the forums participants (obviously employees of Sovcombank), who began to reassure customers. They say that the article cites only Peretrukhin's IOUs, and the fact that the courts recognized these gigantic debts, and that their amount is really 6 billion rubles, is not confirmed.

It is time to bring documentary evidence, and at the same time to conduct arithmetic of Sovcombank's debts.

According to the documents at the disposal of rucriminal.info, in the summer of 2017, Sovcombank in the person of Peretrukhin stopped paying interest on the deposit and Bychkov demanded the return of all deposits. But he was sent to all four sides. As a result, the businessman personally charged part of the amount with Peretrukhin through the Moscow Savelovsky court. He transferred the right to claim the second half of the debt to IC “Bely Gorod”.

The arbitral tribunal declared Sergey Peretrukhin bankrupt, and all the other VIP depositors of Sovcombank, who made deposits through Peretrukhin, are now filing debts in the framework of the bankruptcy case. Among such applicants is the same IC "White City", as well as businesswoman Marina Shatskaya. She in April 2017, through Peretrukhin, made a deposit in Sovcombank for 1.2 billion rubles. However, she almost immediately stopped paying interest. In July, a woman demanded a refund, but received nothing.

There were other VIP depositors who still continue to submit applications for inclusion in the register of creditors' claims. So far we are talking about Peretrukhin's lenders. His Sovcombank promptly removed from the number of shareholders. However, according to sources at rucriminal.info, Peretrukhin continues to occupy an office in Sovcombank, although formally he now has no positions at the bank. Why do we say "bye"? Yes, because it is perfectly clear from one court decision how all these billions were first settled into Sovcombank to calm customers, and then quickly withdrawn. In the near future rucriminal.info will publish this document.

According to the information of our interlocutors, the withdrawn funds were used for the needs of the shareholders of Sovcombank, who have different types of business. Also, the money went to buy for them real estate around the world and other entertainment. rucriminal.info has already said that the bank’s shareholders, including Dmitry Gusev, Chairman of the Board, are avid poker players and sometimes make bets on huge sums.