Debt to the USSR has become a luxury residential complex Rucriminal.info continues to tell the details of the criminal case about one of the largest scams related to India's $ 1 billion debt to the USSR. In 2007, as part of Vladimir Putin's visit to India, an agreement was signed that was supposed to resolve the problem of Indian debt dating back to Soviet times in the amount of $ 1 billion. The joint venture Titanium Products Private Ltd (TPPL) was created, in which India was represented by Saraf Agencies Private Ltd, owned by a family of tycoons - S.M. Shroff and his two sons (they are named Saraf). It was planned to build a chemical and metallurgical complex with a capacity of 40 thousand tons of titanium dioxide, 132 thousand tons of titanium tetrachloride, 10 thousand tons of titanium sponge and 108 thousand tons of titanium slag per year. Rosimushchestvo and VEB transferred about $ 60 million to the project. India has allocated large areas of land for the plant. However, all the money from the accounts of the joint venture was stolen, the lands intended for the plant were registered with third companies (controlled by Shroff and his sons), the plant itself never came into being, and the joint venture turned into a "dummy". In 2010, it became clear that Russia was faced with a scam and it was decided to raise this topic during Dmitry Medvedev's visit to India. Then he was president. Russia decided to ask India to change partners in the project. However, the Shroff family responded by asking for a compensation of $ 120 million.

Information on this case was at the disposal of Rucriminal.info and we continue to publish it. 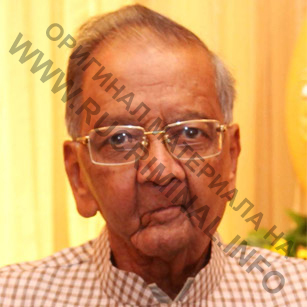 It was also found that Rs 28.87 crores illegally debited from TPPL accounts to Titanium Mineral Products Ltd were mainly used by Titanium Mineral Products Ltd to repay an unsecured loan of Rs 26.06 crores to related Titanium Mineral Products Ltd. or by the Saraf Group of individuals, namely 10 companies. All of these companies are affiliated with the accused. Rs 25 crores deducted from TPPL T. accounts to Saraf Agencies Private Ltd was used by Saraf Agencies Private Ltd to cover the development costs of the special economic zone in the amount of INR 16.11 crores, to repay the current financial obligations in the amount of Rs 9.75 Indian rupees and unsecured loan repayments of INR 4.36 crores. The expert could not determine the recipient of the expenses for the development of Saraf Agencies Private Ltd and the repayment of current financial obligations under the publicly available financial statements. However, the unsecured loans were paid off under the pretext of investing in capital under construction.

However, the recipient of funds for capital construction in progress cannot be determined based on publicly available information. Thus, the bulk of the funds withdrawn from the TPPL in the amount of INR 750 million (Rs 75 crore) was transferred to the accounts of F.

According to the information available in the materials of the criminal case, F. in 2011 received a bank loan secured by the two land plots she had acquired. The first plot is used for the construction of a 40-storey luxury residential complex. F. in 2011 used funds received from Saraf Agencies Private Ltd to clean up her balance sheet and other vesting in your upcoming project. Funds used by F. for the construction of a 40-storey luxury apartment complex consisted of Rs 198.2 million of his own funds and Rs 750 million from Saraf Agencies Private Ltd. After clearing the balance sheet and investing in her project, F. increased her own creditworthiness, which was necessary to obtain syndicated financing. "