Typically, information about the activities of the American Mafia penetrate the seal of the... 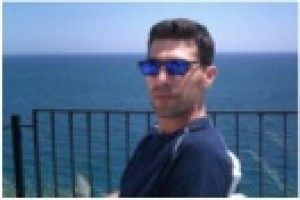 Typically, information about the activities of the American Mafia penetrate the seal of the report on the investigations conducted by the FBI and the police, where less of corrupt informants and almost never by the protagonists. Therefore, this story caught my attention, especially since we are talking about the Russian mafia links to the US real estate market.

The former head of Bayrock Group a major construction company and current owner of a mind no less respectable company East River Partners, Mr. Jody Criss almost officially recognized that a period of seven (!) Years working on the Russian mafia. Nominally managed the company Bayrock Group he, in his own words, ran errands Russian criminals who were engaged in the construction of real estate in New York and Florida taking money almost from the thieves' common fund. A very Jodie Kiss - a graduate of the prestigious Wharton School of Business, criminals contemptuously called "Wharton" or "Wharton in law" (a phrase consonant "thief in law"). All these facts are confirmed protoklolami court in New York and in articles in such prestigious publications as the New York Post.

In addition to the number of not less than obvious facts should include a number of lawsuits related to the illegal and often a criminal Mr. Jody Criss practice. Excerpts from lawsuits, though dry, but eloquently indicate - Jodi Criss did not disdain any direct extortion (quoted in the claim: "... charged with the application of mafia tactics to get their share of income from real estate transactions"), or blackmail (quote from the action: "... The defendant forced the family Kornblit with newborn baby move out, creating a life-threatening infant conditions ..." for termination lawsuit Jodie Krissy had to pay the victims 1.6 million dollars), or even speculation Holocaust (quote from the action, "the defendant, without being authorized, speaking on behalf of the victims in the concentration camps, demanding financial compensation ... ").

And yet the facts - the shadow of one of the partners Criss Jody is still wanted by the Moscow prosecutor's office in connection with the criminal case related to financial fraud. The second partner - twice convicted racketeer, who was able to interview, argued that Criss Jody was a screen, frontman for the criminal structures. Racketeer surprised how cheap, it turns out, are sold not only to young expert like Jodi Criss, but his father, a prominent lawyer Ron Criss. I thought that Wharton graduates are more expensive, - he said. The third partner, was arrested for pimping ... And in the incident which ended with the judicial process, the fourth partner, known for its ties to the Mafia, the FBI asked for protection because Criss Jody turned to the help of the serious mafia

Clan, known as the Persico family, headed by the famous godfather Carmine (Snake) Persico, who in 1987 was sentenced to 139 years. It is known that Criss Jody had been stolen and the Mafia presented documents proving the above deal with the authorities of the partner who is ready to testify against this criminal clan. Obviously, instead of Jodie Criss tried to get help the Mafia. Help, which is manifested in getting rid of unwanted and Criss Jody Persico people. The usual tactic Criss usually comes down to blackmail and extortion. In one of the many baseless lawsuits Dzhozhi Criss and his team of lawyers - Frederick Oberlander and Richard Lerner - tried to use the stolen documents.

Confidential files stolen Criss command, refer to the activities of one of his former partners, who helped the FBI and the US Department of Justice, agreed to testify against criminal clan Persico. Moreover, Dzhozhi Criss presented the stolen documents not only the court but also the lawyers Persico clan that could lead to the murder of former partner Criss. Well, someone decides disputes by means of justice, and someone turns to the Mafia ...

closely connects it with the underworld. Prosecutor's Office in several countries of the former CIS is still under investigation and communication channel for illegal transfer of large sums of money from these countries to the United States. As a result, next to the name Jodi Criss float names Semyon Mogilevich, Ivankov-Jap, Ded Hasan, and other notorious criminals post-Soviet authorities, as well as the FBI sought for major real estate fraud Victor Wolf.

And according to information from some Ukrainian sources, anti-corruption committee of the Verkhovna Rada conducted an investigation to determine the fate of money of former President Yanukovych of Ukraine, which Jodi Criss invested in real estate in the United States. As is known, in recent years, Jody Criss repeatedly visited both Russia and Ukraine, where, according to enforcement officials, met with the crime bosses. In support of this statement, there are photos of Jodie Criss with known thieves in law. It is not surprising that the Ukrainian authorities are actively investigating the activities of Jodi Criss in an attempt to return the stolen money to Ukraine Yanukovich.

At the same time, according to published on the website of the prosecutor's office in New York, the documents in real estate transactions in every way Criss Jody hide the presence of criminals-partners.

But this is the case, so to speak, the past, but how is it that with his current firm East River Partners linked several scandals due to violation of not only the building, but simply human norms? (Quotes from the claims: "... During the renovation, the apartment was found that the original walls have been painted with paint containing lead ... for the Environmental Protection Department of the many violations of building regulations to stop the construction of a residential house ... The defendant repeatedly warned about the lack of conformity to the rules of safety conditions of construction ... ").

Nevertheless, the firm Jodi Criss - East River Partners, and he himself, it is flourishing, just look at the company's website.

The logic of further reasoning is simple and obvious: if lighted on the links with the mafia developer left or been kicked out of a civil engineering firm, is to open another company he needed money, and a lot of money. And with such a "mafia-like" reputation in America found serious and, most importantly, legitimate investors is not easy. Of course, Mr. Jody Criss is famous for being constantly suing both with individuals such as Donald Trump, and with the whole companies and even law firms. Moreover, the sum of which, apparently, very necessary Jodie Krissy - one billion dollars. But as far as we know, he has never managed to win back a cent.

Consequently, the money comes from some other sources. Well, then begin the questions, the answers to which are trying to find the journalists and law enforcement agencies as the United States and other countries. Who is he, Jody Criss - the victim or the perpetrator? The investigation is ongoing.