Denis Manturov surrounded by the TFR and the FSB

Pharmamogat, subordinates and Olympic friend of the head of the Ministry of Industry and Trade... 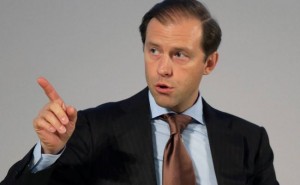 The VChK-OGPU telegram channel learned the details of the case in which the deputy head of the pharmaceutical industry department of the Ministry of Industry and Trade Olga Pokidysheva and the former head of this department Olga Kolotilova, now an adviser to the governor of the Novgorod region, were arrested. They are only one of the defendants in a large-scale investigation of corruption in the Ministry of Industry and Trade, within the framework of which the resident of the Russian Water Polo Federation, the Russian Diving Federation and the Synchronized Swimming Federation Alexei Vlasenko was previously taken into custody. The latter is a close friend of Industry Minister Denis Manturov. The criminal case was initiated by the TFR back in October 2020. The FSB of the Russian Federation conducts operational support on it. According to the investigation, the half-shadow businessmen, the Zubkov brothers, who control a number of pharmaceutical companies, through intermediaries managed to agree that the Ministry of Industry and Trade would conclude several government contracts with structures controlled by the brothers for the purchase of medicines. During the execution of government contracts, more than 500 million rubles were stolen. In reality, no medicines were supplied for such an amount. In November 2020, one of the brothers, Vladislav Zubkov, was arrested. At first, he denied guilt, but then began to cooperate with the investigation. He said that the government contracts were obtained as a result of corrupt actions of the leading employees of the Ministry of Industry and Trade. It was possible to obtain the state control orders with the help of intermediaries who have connections in the department. The main mediator was Alexey Vlasenko, who had a lot of acquaintances in the Ministry of Industry and Trade. He is a friend and head of department, Denis Manturova. In March, Vlasenko was arrested. And in May, it was the turn of the executors from the Ministry of Industry and Trade, those who organized government contracts for the Zubkovs' structures. Pokidysheva and Kolotilova went into custody. Sources say that the chain of corruption does not end there. There are questions for Denis Manturov himself. In the case file there is a "estimate" attributed to Vlasenko, which states how much will go to the leadership of the Ministry of Industry and Trade, and how many officials of a lower rank. Because of this, everything around this case is classified. The term of the preliminary investigation in the case expires on June 26, 2021 and will be extended.

At the disposal of Rucriminal.info were the materials of the court hearings on the selection of preventive measures for the defendants in the case, from which the initial position of the accused is clear.

“The court did not take into account the objective evidence that the crime of which V.Yu. Zubkova was accused. , refers to perfect in the field of economic activity, in connection with the execution of government contracts, which were executed in full and accepted by the customer without any comments. Zubkov at the time of the act incriminated to him held the position of the general director of the organization and the crime incriminated to him was committed in connection with the exercise of the latter's powers to manage this organization and in connection with the implementation of commercial activities by the organization. Despite this, the court's ruling groundlessly and unmotivatedly states that the charges brought against Zubkov do not apply to crimes committed in the field of entrepreneurial activity. "

Then Zubkov began to cooperate with the investigation.

“Paying attention to the data on the personality of AV Vlasenko, that he ... has state awards, represents the interests of the Russian Federation in the international sports arena ... and also considering his great contribution and the enormous achievements of the Russian Federation in diving, water polo and synchronized swimming ... indicates that Vlasenko A.The. has nothing to do with the charges brought against him and considers that there is a reservation Vlasenko A.The. persons who have been under arrest for a long time and are ready to incriminate anyone. Notes that Vlasenko A.The. will not be able to destroy material evidence in the case, since they have already been collected during the search. Draws attention to the fact that Vlasenko A.The. voluntarily issued all the means of communication at his disposal, voluntarily provided the access codes to the devices, voluntarily opened the safe in the house, no other documents of interest to the investigation, except for those issued voluntarily during the search, were not found; cannot hide from the investigating authorities, due to the voluntary transfer of passports to the investigation ”.