"Plenipotentiary of Kadyrov" was replaced with "authority among persons belonging to the Chechen... 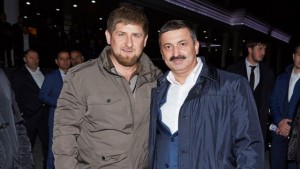 The Nikulinsky Court of Moscow is preparing to consider a criminal case against the ex-plenipotentiary of the head of Chechnya in Ukraine Ramzan Tsitsulaev. He is charged with kidnapping, extortion and large-scale fraud. As the VChK-OGPU telegram channel notes, if the case concerns VIPs from Chechnya, the investigation and the trial become an entertaining sight. Back in February, Tsitsulaev was released and no measure of restraint was chosen for him, so he flew to Chechnya. The ex-plenipotentiary categorically refused to fly to Moscow and get acquainted with the case. And the investigator who was in charge of this case had a clear condition from the management: he would receive the long-awaited retirement only if the “Tsitsulayev case” went to court. As a result, the investigator had to personally fly to Grozny and convince Tsitsulaev to sign an autograph that he had read the materials. Therefore, the trial of Tsitsulaev will be extremely interesting. As well as the verdict. 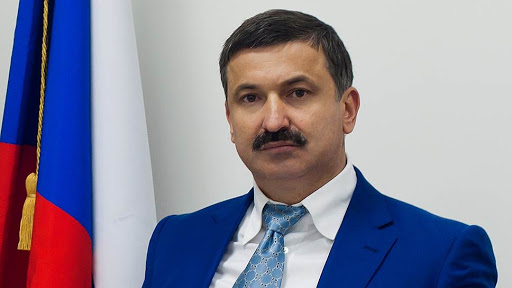 Rucriminal.info has at its disposal the materials of the "Tsitsulaev case" and we will publish them in parts. The materials contain a lot of interesting things. For example, there was no way to connect the prisoner with Ramzan Kadyrov. It followed from the case that Tsitsulaev was not any plenipotentiary. His place "at court" was designated as "an authoritative person in the Chechen diaspora." Here is an excerpt from the case file. “Taking into account the personality of AA Zakriev and his position in the Chechen ethnic diaspora, realizing in this regard the difficulty in resolving the conflict that had arisen, Kononova EA attracted her acquaintance RA Barkovsky to resolve it, who agreed to provide assistance and as a new accomplice of his acquaintance RL Tsitsulaev, who possessed stable extensive connections and considerable authority among persons belonging to the Chechen ethnic group. "

Today we will give a fragment of the indictment, which describes. As during an attempt to arrest Tsitsulaev's guards beat up the operas, and the envoy himself calmly left the hotel where the operation was taking place. After that, he flew to Chechnya and remained inaccessible to law enforcement officers for a long time until he was caught in Ukraine.

“He (Tsitsulaev R.L.) organized and directed the execution of the use of violence, not dangerous to life and health, against a government official in connection with the performance of his official duties, namely:

As part of the implementation of this operational-search measures Zharikov M.The. and Polyadsky A.E., acting in accordance with Federal Law of 07.02.2011 No. 3-FZ "On the Police", Federal Law of 12.08.1995 No. 144-FZ "On operational-search activities", as well as in accordance with their official regulations, being on the first floor of the hotel "Golden Ring", located at the above address, monitored the meeting Novikova M.The. and Tsitsulaeva R.L.

After Tsitsulaev R.L. funds from Novikova M.The. at 22 hours 24 minutes the latter tried to escape from the scene of the crime, in this connection, Zharikov M.The. and Polyadsky A.E. acting on the basis of Art. Art. 14 and 20 of the Federal Law of 07.02.2011 No. 3-FZ "On the Police" began to detain Tsitsulaev R.L., and in order to exclude the latter's attempt to escape from the law enforcement agencies, they approached him, introduced themselves, presented their official IDs and announced his arrest , and also applied to Tsitsulaev R.L. physical strength by holding his hands.

At the same time, Tsitsulaev R.L., being reliably aware that Zharikov M.The. and Polyadsky A.E. are police officers, that is, representatives of the authorities and carry out their official duties, since they announced this, with the intention of organizing the use of violence against these police officers that is not dangerous to life and health, and at the same time exercising leadership over the actions of those who were at the same time and in the same room Sagaipova A.S. and D.V. Tkachenko, who provided his personal protection and escort, as well as supervising the actions of their relative S.M. Tsitsulayev, gave the listed persons an oral instruction to attack the police officers with the aim of using violence against them.

In turn, A.S. Sagaipov, D.V. Tkachenko. and Tsitsulaev S.M., performing the given Tsitsulaev R.L. indication, acting jointly and agreed, under the guidance of the latter, being reliably aware that Zharikov M.The. and Polyadsky A.E. are police officers, that is, representatives of the authorities and perform their official duties, since they publicly announced this, having an intent to use violence not dangerous to life and health against police officers, ran up to M.V. Zharikov. and Polyadsky A.E., after which Sagaipov AS. inflicted Zharikov M.The. and Polyadsky A.E. at least two blows with each fist to the face and head, Tkachenko D.The. inflicted Polyadsky A.E. at least two punches to the face and head, and Tsitsulaev S.M. hugged Zharikov M.The. behind the neck, using a strangulation of the fight, which caused them, according to the conclusions of forensic medical examinations, the following bodily injuries: two abrasions of the frontal region to the right of the midline of the head and chin region Zharikov M.The. (in accordance with the conclusion of the forensic medical examination No. 927/14 dated 09.12.2014), abrasions of the right half of the frontal region Polyadsky A.E. and also humiliated their honor and dignity as law enforcement officers.

By his actions Tsitsulaev R.L. organized the commission and supervised the execution of the use of violence, not dangerous to life and health, against a government official in connection with the performance of his official duties, that is, he committed a crime under Part 3 of Art. 33, part 1 of Art. 318 of the Criminal Code of the Russian Federation ".