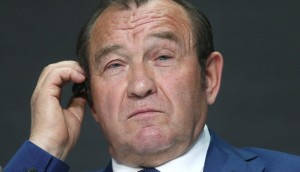 After the publication of the VChK-OGPU telegram channel of information about serious violations during the construction and commissioning of the Management Center for the Municipal Economy Complex (CU KGH), Nikolai Vinogradov, Deputy Head of the Moscow Housing and Utilities Department, lost his position during the day. According to a Rucriminal.info source, from Monday 12/20/2021 he no longer oversees the launch of the Central Administration of the KGH and leaves the department. However, most of the violations are related to construction without permits and overpricing of equipment, and not to informatization, for which Vinogradov was responsible. According to the source, the formal reason for Torsunov (head of the housing and communal services department since June 2021, former Deputy Governor of the Kirov region from 2000 to 2004) to dismiss Vinogradov was the official invitation of the organizations of the Moscow city economy complex to work in the unfinished and not commissioned building of the Central Administration KGH.

The main culprits of violations, abuses and corruption from the Moscow Department of Overhaul have not suffered any losses and are unlikely to suffer for well-known reasons - there are direct proteges of Vice Mayor Pyotr Biryukov, who will not break down on his own people. According to the information available to Rucriminal.info, in the near future a number of leaders of the creation of the Central Administration of the KGH will become scapegoats, so that after the launch of the center, to have more reliable and efficient people in key places.

In numerous interviews, P.P. Biryukov, Deputy Mayor of Moscow in the Moscow Government for housing and communal services and improvement, talks about the creation of the Management Center for the Municipal Economy Complex - Central Administration of the KGH.

The center was actually built, about 3 billion rubles were spent through the ANO "TsU KGH". and despite the overestimation of the cost of both the construction itself and its equipment, it will be opened in the near future. The opening dates were postponed several times and the beginning of 2022 was called the last date.

The problem is that despite the inclusion of the repair department, the housing and communal services department, etc., as a part of the city economy complex, which is headed by Biryukov, as well as the administrative capabilities of Biryukov himself, permission for the construction of the entire center was received literally on December 10. Thus, the center was built in violation of the law without permission, has already been built, is connected to all communications, is fully furnished and plans to open its doors for work from the beginning of 2022, while Biryukov himself and all departments hide this information from those who will work in a building that has not gone through the commissioning procedure. Moreover, since the housing and communal services department could not organize the work of the center, and the IT department was unable to ensure the integration of the systems of the organizations of the complex, Biryukov came up with the idea to place in the center not only his janitors and engineers, but also to send at least 30 organizations to work in German

In total, we have - illegal construction for several years, illegal exploitation, risks for personnel, a strong discrepancy between the goals of creating the center declared in interviews and the actual implementation. And of course, 3 billion, which were spent without sufficient reason.