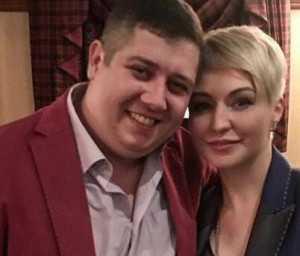 Sources of Rucriminal.info spoke about Elman Pashayev's connections in the Federal Chamber of Lawyers of the Russian Federation, which help him repeatedly restore the status of a lawyer and rob clients with impunity.

In particular, he is actively assisted by German Viktorovich Uspensky, who officially holds the post of assistant to the first vice-president of the Federal Chamber of Lawyers of the Russian Federation. German Uspensky is a longtime friend of Elman Pashayev. They spend time together at entertainment events with Russian pop stars, such as the Vitargan Club and others, where the singer Katya Lel often visits. According to a Rucriminal.info source, it was German Uspensky who helped Elman Pashaev and his friend and partner in picking off clients under the pretext of Reshalov Vitaly Nikolayevich Borodin to obtain the status of a lawyer in the Bar Association of the Republic of North Ossetia-Alania. At one time, Katya Lel introduced Elman Pashayev and Vitaly Borodin, and they planned to launch a large project, where Elman Pashayev promised a "kickback" of 15% for each client they brought. In particular, Katya Lel would "rush" representatives of show business with various problems with the law, as well as property and divorce disputes, and Vitaly Borodin was responsible for clients from among officials and politicians. Vitaly Borodin The head of the Federal Security and Anti-Corruption Project failed his anti-corruption project and after being fired from the administration of the Moscow Region Solnechnogorsk, where he served as deputy head of the Solnechnogorsk Administration for Security, decided to become a lawyer in order to have the status of a special subject. Currently, Vitaly Borodin is a lawyer and an active member of the Bar Association of the Republic of North Ossetia-Alania. According to the statement of Vitaly Borodin himself, he tried to enter into the criminal case of Mikhail Efremov from the injured side and represent the interests of Irina Sterkhova, who was the civil wife of the deceased Serey Zakharov. If Irina Sterkhova had not refused Vitaly Borodin's services, the work of siphoning money out of Mikhail Efremov would have been very effective. Two friends, Elman Pashayev, defending the accused Mikhail Efremov, and Borodin Vitaly from the injured party, who are members of one Chamber of Advocates of the Republic of North Ossetia-Alania, were planning a global divorce on the money of Mikhail Efremov, who was in trouble. The close attention of the press to this criminal case prevented them. In the databases of court proceedings of the Bar Association of the Republic of North Ossetia-Alania, as well as in Moscow and the Moscow Region, not a single case was found with Vitaly Borodin's participation as a lawyer, which confirms the fact that he needs this certificate to have the status of a special subject, as well as to in order to be able to act as a so-called “decisive” in criminal cases, using the remaining connections, which, in principle, he planned to do in the criminal case of Mikhail Efremov.