"Andrey pointed a small machine gun in my direction." 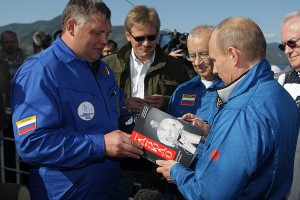 In the summer of 2020, in the UAE, at Russia's request, Akhmed Khamidova, the leader of a criminal group posing as Kremlin employees, was detained in the UAE, agreed with VIP clients to sell positions or major contracts, and then was involved in organizing murders around the world. However, Khamidov never ended up in Russia. He managed to resolve all issues in the Emirates and was released. Rucriminal.info has materials from the case of the “fixer-killer” organized crime groups at the disposal of Rucriminal.info and we will publish them in parts. Let's start with an episode when a businessman and former State Duma deputy Mikhail Slipenchuk, through fixers, tried to organize a lucrative state contract for the transit of gas through Ukraine to Europe. Through his friend Tatyana Balsamova, he pledged 20 million euros in a safe deposit box, which the fixers were to receive after signing the contract. However, they managed to take the money, and they tried to kill Balsamova in Ukraine. Khamidov's right hand Mikhail Koryak bred her for money. And Khamidov himself organized the attack on Balsamova. 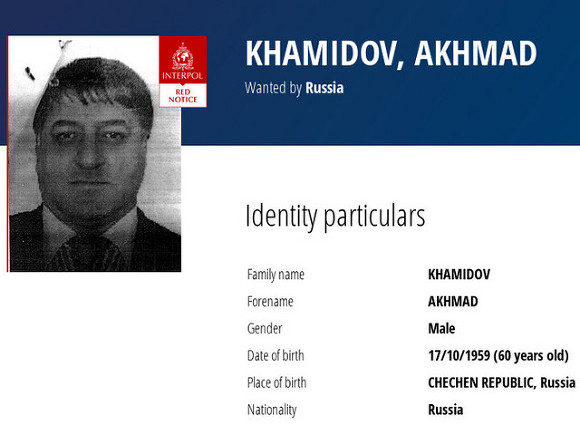 This is how Balsamova herself described everything in her statement addressed to the chairman of the TFR Alexander Bastrykin. With this statement, which is published by Rucriminal.info, an investigation began in relation to decided.

“I hereby want to declare that serious crimes were committed against me by a group of persons, including. theft of a large amount of money and the subsequent attempt on my murder and the murder of my friend, the commission of robbery against me, causing significant damage to me. The crimes were committed under the following circumstances.

I am an entrepreneur and owner of shares and interests in various commercial companies. One of the main types of my professional entrepreneurial activity is the implementation of commercial transactions for oil and gas products. At the end of October 2010, my friend Natalya Vladimirovna Pozdnova introduced me to her common-law husband, who turned out to be Mikhail Yuryevich Koryak. Koryak M.Yu. and Pozdnova N.The. there are two common minor children. The purpose of my acquaintance and cooperation with M.Yu. Koryak. was the conclusion of a contract for the supply to Ukraine and through the territory of Ukraine to European countries the products of "GasPromNeft". When meeting Koryak M.Yu. introduced himself as a person closely associated with the gas industry of Ukraine and cooperating with high-ranking officials of this industry. Koryak M.Yu. took on the obligation to organize the signing of a contract between the relevant Russian and authorized Ukrainian organizations, which would provide for significant volumes of gas supplies to end consumers in Ukraine and to Europe through Ukraine.

The required amount of funds for depositing in a safe deposit box was provided to me by my business partner Mikhail Viktorovich Slipenchuk on the terms of a loan. On March 09, 2011, cash was deposited in the amount of 20 million Euros in a safe deposit box at the branch of Sberbank of Russia, which is located at the address: Moscow, Gogolevsky Boulevard 19/2. The placement of funds in the said branch of the bank was a requirement of M.Yu. Koryak. The lease of bank cells was handled by M.V. Slipenchuk's authorized representative. Demeshin Sergey Alexandrovich. The tenant of the bank under lease agreements was Slipenchuk MB., On whose behalf the lease agreements for bank cells were signed by S.A. Demishin. on the basis of his power of attorney from Slipenchuk M.The. When implementing the bookmarking of funds at the request of M.Yu. Koryak was attended by his representative, a man previously unknown to me, who introduced himself as Pavel Gennadievich.

In order to comply with mutual interests, by agreement with M.Yu. Koryak, all the keys to the safe boxes, in which the funds were kept, were placed in a separate safe box, the tenant of which was also M.V. Slipenchuk. At the same time, at the request of M.Yu. Koryaka, the key to this cell was transferred for storage to his confidant Pavel Gennadievich. After the funds were pledged, on the initiative of M.Yu. I repeatedly flew to Kiev to discuss and sign a contract. However, according to M.Yu. Koryak. and his other representative, who called himself Albert Semyonovich, the meeting was postponed each time. Due to the fact that the issue of concluding a contract was delayed, I turned with a request to M.V. Slipenchuk. on the prolongation of the lease of bank cells. On June 06, 20011, Slipenchuk M.B. called me, who informed me that upon registration Demeshin S.A. with the bank of the agreement for the prolongation of the lease of banking Demeshin S.A. it was found that on March 31, 2011, i.e. about three weeks after the funds were pledged, a certain Makarov Pavel Gennadievich opened all the safe boxes rented by M. Slipenchuk, in which the keys to the safe boxes were kept and where the money was kept. As it was later found out, the bank was provided with a copy of the power of attorney allegedly issued by M.V. Slipenchuk. addressed to Makarov P.The., on the basis of which Makarov P.The. access to cells was allowed. According to Demeshin SA., The visual inspection made it possible to assert that the signature of M.V. Slipenchuk. under this power of attorney was falsified and did not correspond to the genuine one. In addition, M.V. Slipenchuk confirmed to me that he had not given out any powers of attorney with the right to access safe deposit boxes to anyone except Demeshin S.A.

On June 10, 2011, I once again, at the request of M.Yu. Koryak himself. and his representative Albert Semenovich flew with her friend Emilia Shkolyak to Kiev to meet with the person authorized to sign the contract.

While in Kiev, I was informed that my meeting would take place on June 12, 2011. On the morning of June 12, 2011, a car drove up to the hotel where I lived with Emilia Shkolyak, in which there was another representative of Koryak M.Yu. named Andrey, in order to take me to the country residence of representatives of the gas industry of Ukraine for negotiations. My friend Emilia Shkolyak decided to come with me. We left the hotel and sat in the back seat of a Korean-made car. Andrey himself was in the front passenger seat. In the driver's seat there was a man I did not know before, whom Andrey introduced as his driver.

After leaving the city of Kiev, we turned to the sign "Borispol, Chernigov". After driving a little more, I heard a metallic click, similar to the twitching of a gun bolt, but did not attach any importance to this. At this time, I was looking out the window. and immediately heard the exclamation of Emilia Shkolyak "What are you?" I turned around and saw that Andrei pointed a weapon that looked like a small machine gun in our direction. Andrey told us not to twitch and put the phones on the floor of the car, and gave the command to the driver to turn into the forest. The car turned away. I saw a lake and a meadow where people were resting. Together with Emilia Shkolyak, we managed to jump out of the car and, shouting for help, we ran to the people. We still had our bags with money and documents in the car. I immediately turned to people with a request to call the police. After a while, we saw the car returning. She drove up to us and the driver explained that he was in the dark, since he was hired by Andrey, whom he had met earlier, and asked to bring him and two women for money in the direction of Chernigov. According to the driver, our bags and Emilia Shkolyak's phone were taken by Andrey, who ran away from the car ...

I regard the current situation as an attempt to steal a large amount of money by a group of persons in collusion with bank employees with the subsequent physical elimination of me in order to imitate my disappearance with the money stolen by me belonging to M.V. Slipenchuk.

The information that I have at the moment allows me to assert with a certain certainty that the citizen Koryak Mikhail Yuryevich is most directly related to these crimes. "