The head of Gazprom will become the owner of ChelPipe? 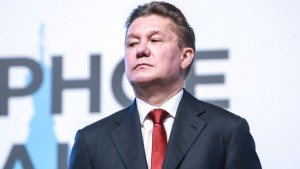 Sources of Rucriminal.info said that now in conditions of increased secrecy, the owner of the Chelyabinsk Pipe Rolling Plant (ChTPZ) Andrei Komarov is negotiating the sale of ChTPZ. And the buyers are people close to the head of Gazprom, Alexei Miller. Moreover, if the negotiations are successful, it will be his private investment together with a number of partners. In 2021, Miller may leave Gazprom and is now trying to do more than a decent pension fund. Komarov is considering options to move to another country. However, according to the source, a whole series of criminal cases instituted in 2014 “hanging” over him are “hanging” and are “easily” resuscitated. We had at our disposal a protocol of interrogation of the former financial director in Komarov’s structures, from which the ownership and activity schemes of ChTPZ become clear. There really is a lot of work for investigators. We will publish them in parts.

Question from the investigator: What activities does Arkley Capital carry out?

Witness answer: Arkli Capital was created to manage the assets of the main owners of ChelPipe OJSC A.I. Komarov and A.A. Fedorov, that is, the essence of Arkli Capital was the same as for any private equity fund - they buy asset, improve it in one way or another, and then sell it. Question from the investigator: In the case of ChTPZ OJSC, does buying an asset mean acquiring shares?

Witness answer: Yes, in principle, at first it was. A private equity fund is a pool or, in other words, a common pot of money for which you buy factories and plants, convert them, that is, make reconstruction, introduce modern management systems and sell them to new customers, in the case of ChTPZ OJSC, they should have become shareholders who buy shares on the London stock exchange. But the placement did not take place due to the fact that the price did not suit the existing shareholder A. Komarov.

Question of the investigator; What can you show about the structure of the offshore property of A. Komarov, what offshore companies does he own, was or is their beneficiary, in what relations are these companies related to each other?

Witness answer: Three years have passed since my dismissal, at the last interrogation they showed me the scheme and, in general, it looked like the situation that existed at the end of 2011 or the beginning of 2012, when I quit Arkali Capital

Question from the investigator: And what scheme worked until 2011?

Question from the investigator: How were offshore schemes used?

Witness response: Offshore schemes of ChTP3 OJSC have always been used. I explain that these are not money withdrawal schemes, these are ownership schemes under the so-called island (Anglo-Saxon) law. In this way, the majority of large Russian companies own property. Most use offshore companies due to the weakness of Russian legislation in terms of holding legislation and property law.

During my time at Arkali Capital, these offshore companies may have changed, I don’t remember their names, but if they call me, maybe I can explain something.

The witness is presented with a copy of the application for registration of a foreign organization, Arki Capital LLC (Luxembourg) dated 05.06.2005.

Question from the investigator: What can you explain about the submitted document?

Witness answer: It contains my signature and, in my opinion, the date is also stamped by me. Company "Kenn Management S.A." indicated by the founder of Arki Capital LLC (Luxembourg). In my opinion, another company was indicated on the diagram that I was shown at the last interrogation by the owner of Arkley Capital. In general, I would be sure that Komarov A.I. owned Arkley Capital directly.