Albert Bakov is the best "milkmaid" of Rostec In the last days of 2020, details were published of how the son-in-law of the famous director Nikita Mikhalkov, Albert Vladimirovich Bakov, can “destroy” defense enterprises of strategic importance in order to “pump out” and cash out their money. After the reign of Albert Bakov, enterprises often fell into bankruptcy, multibillion-dollar debts fell on the state, and the state defense order was on the verge of collapse. Bakov left for another enterprise, where everything was repeated anew.

The bill goes to hundreds of billions of rubles. Probably, Bakov knows perfectly well with whom he must share so that the legality of his actions is not questioned.

In the city of Kurgan there is a large plant, OJSC "Kurganmashzavod", where infantry fighting vehicles are produced. The enterprise is part of JSC NPO High-Precision Complexes of the State Corporation Rostec and is one of the leaders in the military-industrial complex of Russia.

In 2013, the managing organization of OJSC Kurganmashzavod was LLC KKU. It was headed by the general director Mikhail Grigorievich Bolotin and the first deputy general director Albert Vladimirovich Bakov.

In June 2013, OJSC Kurganmashzavod transferred to LLC IK Aktiv the rights of claim under loan agreements for 410.6 million rubles:

In exchange for 410.6 million rubles, OJSC Kurganmashzavod received emergency buildings from LLC IK Aktiv in the city of Nazarovo, Krasnoyarsk Territory. These buildings are located 2000 kilometers from Kurgan. They do not participate in cooperation and in the production activities of the plant. Emergency buildings are located in an area that is not related to the production activities of JSC "Kurganmashzavod".

Assessment of buildings in Nazarovo could have been carried out in violation of standards. We can talk about unreasonable limitation of the assessment methods and the use of incorrect photographs in the report that do not reflect the real state of the property.

It can be concluded that the deal for 410.6 million rubles was economically unjustified and could be fictitious. Presumably, the goal could be the withdrawal and legalization of funds.

It should be reminded that over the years of Bakov's rule, Kurganmashzavod OJSC showed a total loss of over 113 billion rubles. 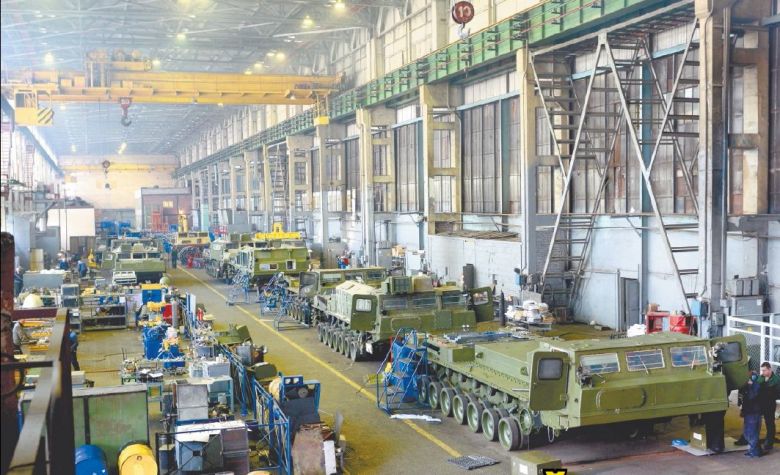 In the city of Lipetsk, there is a defense enterprise OOO Lipetsk Tracked Tractor Plant (abbreviated as LZGT). Produces tracked tractors for anti-aircraft missile systems.

Money was withdrawn from the enterprise, it went bankrupt. Albert Bakov and his KKU LLC were again connected with this story.

LLC "Lipetsk plant of caterpillar tractors" took out on 01.04.2015 a loan from JSCB "Novikombank" to replenish working capital. The amount is 0.5 billion rubles.

- for 0.2 billion rubles issued a loan to CJSC "Comprehensive Support"

Without a doubt, giving money to the above organizations, the management of LZGT could not but understand the high risks of non-return of funds.

By 2015, Kompleksnoe obespechenie ZAO had an uncovered loss of RUB 96 million. The organization's net assets were below the authorized capital.

It turns out that the credit funds of JSC AKB Novikombank were transferred through the Lipetsk plant of caterpillar tractors to other organizations, and the loan was not returned to the bank.

According to available information, it was Bakov who could lead an extremely dubious project to attract and use the bank's funds. We can confidently talk about this and that he immediately understood that the money would not be returned:

- LLC Lipetsk plant of caterpillar tractors paid for the promissory notes of LLC Chetra-KZCh. The management company of Chetra-KZCh LLC at that time was KKU LLC

The Department of Defense pays twice. Second time to Bakov?

Let's go back to JSC "Kurganmashzavod". Albert Bakov was an executive di here rector in 2016-2017.

During his tenure, the plant was supplied with barrels (guns) for combat vehicles. This is a tolling scheme. Such inventory items do not belong to the company and are not displayed in the accounting records.

Bakov formalized this operation as a commodity loan. The cost of the barrels was estimated and included in the calculation of the final product, combat vehicles.

Subsequently, the Ministry of Defense of the Russian Federation paid about 20 million rubles for the manufactured combat vehicles. In fact, by paying twice for your property. We bought our own trunks, paying for them to Bakov's enterprise.

Financial and accounting services of OJSC “Kurganmashzavod” waited out the required time, reflected the payment from the Ministry of Defense of the Russian Federation on a fictitious trade credit as income of the enterprise.

In our opinion, the doubling of the payment and approval of the transfer of money could not take place without the participation of the persons responsible for the transaction from the Department of State Defense Order of the Ministry of Defense of the Russian Federation. This may indicate the presence of a corruption component.

According to available information, the main enrichment scheme for Executive Director Bakov during his work at the enterprise was the uncontrolled sale of machine tools and other property of the enterprise at non-market prices.

It can be assumed that Albert Bakov withdrawn the funds received from the enterprise through controlled legal entities and cashed them. It cannot be ruled out that the debt to the enterprise could be paid off fictitiously, to offset the cost of the allegedly rendered services or the assignment of the right of claim.

Probably, the "extra" 20 million rubles, which the RF Ministry of Defense paid to the enterprise under the leadership of Bakov, could have been withdrawn. 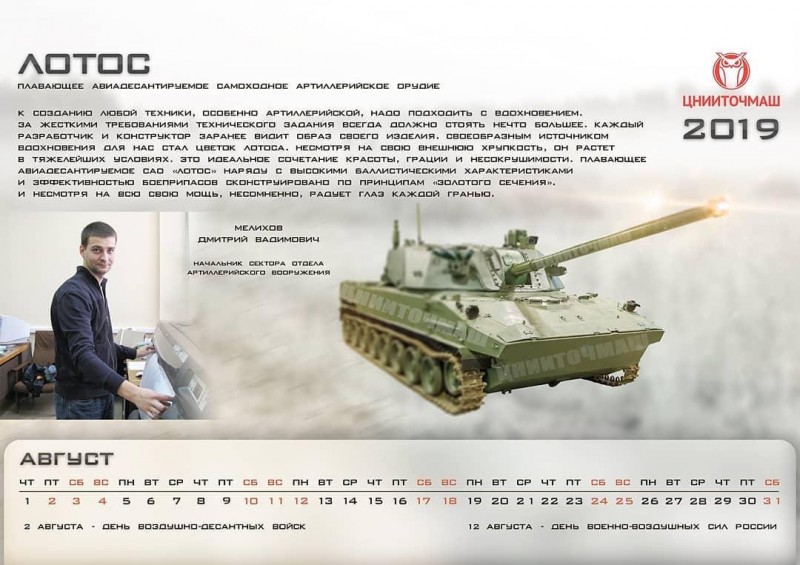 In 2018, Albert Bakov was appointed General Director of TsNIITOCHMASH JSC.

An unscheduled audit revealed Bakov's illegal activities in unjustified payment of allowances to himself. However, the law enforcement agencies were not informed about the embezzlement and waste of funds. The fact of illegal payments was assigned the status of a technical error.

In violation of the terms of the employment contract, with a clear excess of authority, Bakov signed orders to calculate and pay himself a bonus of 50% for working with information constituting a state secret. Under the terms of the agreement with the State Corporation Rostec, the maximum amount of such a surcharge is 30%.

In 2018, without approval from Rostec State Corporation, Bakov more than doubled the salary of deputy general directors. Bakov is on friendly terms with these people and has known him for a long time. There was no business case for raising wages.

In 2019, TSNIITOCHMASH JSC was in a state of deep financial crisis. The loss amounted to 233 million rubles.

This year Bakov significantly (9 times) overestimated the costs of payments to contractors for services rendered or allegedly rendered. The money went through a chain of trustees and intermediaries. The likely goal is to get a rollback.

Also in 2019, Bakov agreed and paid bonuses to the employees of TsNIITOCHMASH JSC in the total amount of 280 million rubles. By his actions, Bakov violated Order No. 99 of August 17, 2018 on the formation of a motivation system. The Audit Commission determined that the payment of bonuses was economically unjustified.

In 2019, despite the huge losses of the enterprise, Bakov increased the costs of cultural events by 5 times. At the same time, he reduced the cost of research and development by 15 times, to 800 thousand rubles.

It seems that the funds intended for the implementation of the federal target program “Development of the Russian military-industrial complex for 2011-2020” fell under Bakov's “development”.

The federal budget financed the capital construction object "Reconstruction and technical re-equipment of special production" (SSO-2). For the amount of 102 million rubles, Bakov purchased milling and boring machines manufactured by OOO Ulyanovsk Machine-Tool Plant. The machines were purchased from Modern Foundry Technologies LLC, which is neither a manufacturer nor a manufacturer's dealer, and cannot give a guarantee for the machines.

When holding a tender for the selection of an equipment supplier, the persons headed by Bakov directly violated the requirements of the law on public procurement No. 44-FZ. In fact, there was an imitation of the competition.

Instead of receiving offers from at least five suppliers with experience in similar supplies, TsNIITOCHMASH JSC formed an initial price based on the applications of three suppliers. At the same time, the commercial offers from two of them have already expired on 31.12.2018.

It should be noted that two out of three suppliers whose bids were used to determine the price did not have the necessary supply experience. This is a violation of the law. Bakov deliberately did not include the relevant requirements in the procurement documentation. Perhaps, to falsify the conduct of competitive procedures in order to purchase equipment from a certain company at inflated prices.

The acquired machines did not meet the requirements of the project documentation for the project “Reconstruction and technical re-equipment of special production”.

The implementation of the federal target program was carried out in clear violation of the law and could lead to economic damage.

Based on the results of inspections carried out by employees of the internal audit department of Rostec State Corporation, no proper measures were taken. This suggests a conflict of interest.

Let us remind you that the Bolotin-Bakov tandem actually ruined the Tractor Plants concern. It included enterprises in Cheboksary, Kurgan, Volgograd, Lipetsk and other cities.

Bakov joined the concern in 2006. By 2018, the concern had become so bad that Vladimir Putin personally joined in to save it. On his behalf, "Tractor Plants" was transferred to the anti-crisis management in the State Corporation "Rostec".

At the time of the transfer, about 20 enterprises of the concern were in bankruptcy proceedings, debts exceeded 100 billion rubles, the state defense order was on the verge of collapse.

In 2018, Bakov went through a personal bankruptcy procedure. Then he overdue to B&N Bank 78 million rubles by more than three months. Because of this bankruptcy, one of the Rostec managers, Sergei Abramov, had to defend Bakov in the PR field so that an important deal on the tractor plants would not fall through. As a result, Bakov's debts were bought by structures close to Rostec's partners.

All this did not prevent Bakov from becoming the general director of one of the backbone enterprises of the Moscow region, JSC TsNIITOCHMASH, where he was caught violating the law and causing damage to the country's defense capability.

Albert Bakov shows phenomenal unsinkability. If our country wants to continue to endure such "effective management", it is time to start laying in the budget of the Russian Federation money to cover billions of dollars in debts for Bakov. They will be required.