“And draw me 1 billion rubles” 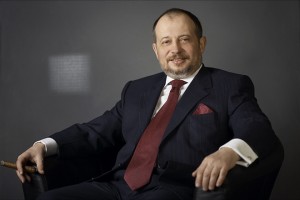 The theft of funds allocated for the design and construction of the Central Ring Road began 10 years ago and does not stop until now. According to the sources of Rucriminal.info, on the Central Ring Road under the guise of a gravel-sand mixture is the blast furnace slag of the Novolipetsk MK (NMLK) Vladimir Lisin. The slag buyer is Autobahn. The carrier is mainly Yamskoye Pole LLC. The trick is as follows.

"Autobahn" agreed with Lisin to supply blast furnace slag. The Yamskoye Pole carrier takes slag to NLMK and delivers gravel and sand mixtures according to documents for railway transshipment to the Moscow Region, using such an interesting combination, Autobahn turns out blast-furnace slag from crushed stone documents and at the price of real granite crushed stone (about 1360 rubles /ton).

We think we don’t need to tell anyone that for NLMK production waste - blast furnace slag is a huge technological and environmental problem. Thus, the company gets rid of toxic ballast and still makes money on it.

Instead of a base from normal crushed stone, the Central Ring Road receives a base from blast furnace slag, which is a waste product of hazard class 4. It does not have any strength characteristics, is hygroscopic like a sponge, no frost resistance, toxic, there are no chemical elements in it. Such a loose foundation of the Central Ring Road will lead to its rapid wear, the formation of ruts (which we can already observe in areas open to movement), and permanent repair of the canvas, repairs will become permanent, it will be cheaper to shift the Central Ring Road again than constantly keep it in good condition.

Blast furnace slag goes to the Central Ring Road for the second year, with volumes exceeding 10,000 wagons. In fact, we are talking about intentional wrecking and the construction of a strategic object from obviously unsuitable materials that are not construction materials.

The partners of Roman Abramovich’s co-owners of Metrogiprotrans, Arthur Mints and Valery Abramson, became the founders of the theft of the Central Ring Road. And they were helped by nationalist scientists who created an underground extremist nationalist group, the Northern Brotherhood. One of them, Peter Khomyakov, gave the FSB detailed testimony about the theft mechanism. In particular, expensive research and design work was not carried out and their imitation was created. And the money was stolen. Khomyakov’s testimony continues to be published by Rucriminal.info. “At the meeting, I said that a convincing simulation cannot be completed within 2 weeks, but all the participants at the meetings said that do something, because this report will be returned for revision when you formally correct the comments. This preliminary report was not final, A. Mints. and GIPOM from Voronezh I was told that the final report can be made more convincing and believable, supplementing it with those materials that will be received later.

Until December 25, 2008, Yudin M.A. Volkova S.N. called me, telling me to make an estimate for the work on the first stage for 1 billion rubles. Yudn said to give directions to the heads of the OGEI directions so that they make an estimate based on the list of work that should have been done and the estimated cost, which is set by the standards.

I assigned this task to the OGEI, located on Leninsky Prospekt, 62, to Samokhin, and Volkov in my presence to Samaev and Vaganov. Between December 2, 2008 and December 31, 2008, Mints A.M. called me and asked how things were going with the preparation of the financial report on the work done, to which he replied that the task was set and people were working, and that it was competence of Volkov S.N. and I expressed doubt that in such volumes it is impossible. Mints A.M. I was told so that I would not worry that an employee of Metrogiprotrans OJSC, who knows how to perform the same tasks, will help Volkov. According to Volkov S.N., to the employees who helped to make the financial report, he removed and transferred funds from four bank cards. ”