"$ 1.65 million for officials of the MID of the IC of the Russian Federation and the FSB

Corrupt power hydra began to "chop off the head" At the disposal of the VChK-OGPU and Rucriminal.info correspondents were the materials of the loudest and most not advertised criminal case of recent times. It was initiated by the head of the Main Investigation Directorate of the ICR Denis Kolesnikov and it is about the transfer of a bribe of $ 1.65 million to "officials of the Investigative Directorate of the SZAO of the Main Investigative Directorate of the ICR in Moscow and employees of the FSB of Russia." It was within the framework of this case that investigator Alexei Nesnov and co-owner of the law firm "Comprehensive Legal Protection" Kirill Kachur, the son of one of the largest shadow dealers Vitaly Kachur, were put on the wanted list. In the same case, Nesnov's boss, Sergei Romodanovsky, is the son of the ex-head of the Federal Migration Service, Konstantin Romodanovsky. Well, the threads from this group are drawn to the employees of the Directorate of the FSB of the Russian Federation. Without their support, it was hardly possible that the stormy activity in the market of resolvers, ordered criminal cases, the seizure of large companies that this group developed. Unfortunately, a significant part of its participants were able to escape from Russia, hoping that the curators from the Directorate of the FSB of the Russian Federation would solve their problem with a criminal case and they would return to Russia. In vain. The matter is gaining momentum and the curators are not up to all these "pawns". But they will return to Russia. Only handcuffed. This corrupt group has long become a shame for the special services, primarily for the FSB of the Russian Federation, forcing some nouveau riche to think that this law enforcement unit is a kind of McDonald's, in which you can choose a “dish” to taste from the menu and get it for a fee according to the list price. VChK-OGPU and Rucriminal.info will talk in detail and in detail about this group and its members. The third power war is in full swing. The war to clear the ranks.

First, let's say a few words about Vitaly Kachura and his partners. At one time there was such an extremely close-knit and powerful group: Alexander Udodov, Konstantin Kuramshin (Kostya Biker), thief in law Konstantin Vasiliev (Kostya Shram) and Vitaly Kachur.

All together they were fond of dashing riding motorcycles, hanging out with the "Night Wolves" (they especially loved trips to Sevastopol), and closely communicated with the Surgeon. Then Udodov got into a serious motorcycle accident, was in the hospital for a long time and is still recovering from its consequences. But, of course, Kuramshina, Vasilyeva and Kachura were connected not only by a passion for motorcycles. There were many things to do and more serious. For example, all three were involved in cashing, money laundering and resolving at the highest level. They worked in close cooperation with the 6th Service of the FSB FSB - now the entire team of this service is in the Directorate of the FSB F. As often happens, over time, the friendly team went too far, all its members decided to be independent figures. And they threw $ 5 million on two clients in cash. And they had direct access to the curators - to the current representatives of the Office of K. As a result, it was decided to land the presumptuous controlled ones. Such lessons are a favorite "trick" in Department K, it is enough to recall the story with the lawyer Alexander Vershinin.

Just at that moment, the friendly team took part in the fate of the raider-seized building in the center of Moscow. The building was seized by Denis Voronenkov (later he was shot in Kiev), who owed money to the "bikers". He offered to pay by the building with a surcharge (from the "bikers"). They agreed. Kachur did everything. As a result, Kachur, Kuramshin, Udodov were detained by the FSB curators in the case of the theft of a building. Udodov was released instantly, Kuramshin a little later, but Kachura was convicted and he spent time in a colony. Now they are trying to convict Kuramshin for money laundering.

Kachur, after serving time, left Russia and announced that he was tying up with dark deeds. However, this was, of course, a hoax. In reality, Kachur returned to his former curators and took up the same business. Preferring to stay in deep shadow. And he had a son, Cyril, as an errand in Russia. Once the fixer Oleg Pokrovsky brought the ex-general director of Merlion Vyacheslav Symonenko to Kachuram, who was angry with his former employers - the owners of Merlion, believed that they owed him money, that they were trying to burn down his house, so he went to different structures, offering to "bomb" offenders and wrest Merlion from them. I even visited A1. He found understanding with the Kachurov, who, of course, consulted with the curators. 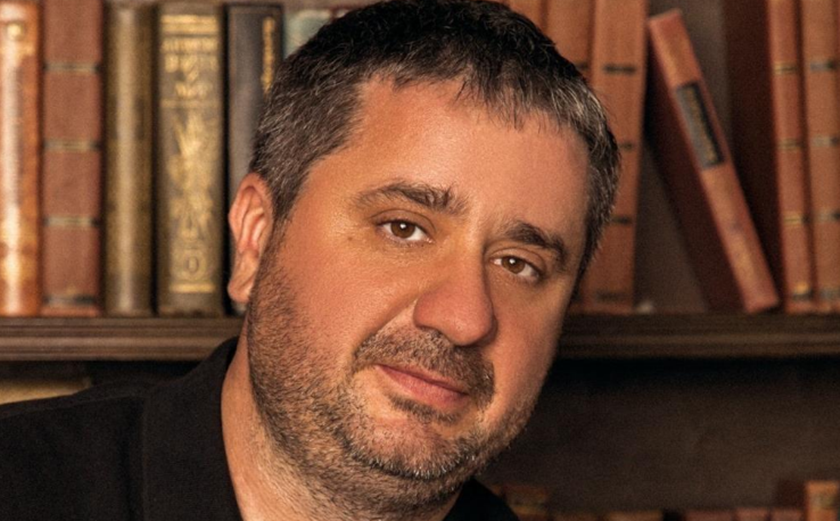 And a big corruption machine started spinning. Part of the story can be understood from the order to initiate the case.

“No later than 05.11.2020 in Moscow Nesnov A.S. and unidentified officials of the SU for the SZAO of the Main Investigative Directorate of the Investigative Committee of Russia in Moscow, guided by mercenary motives, for the purpose of personal illegal enrichment entered into a criminal conspiracy with K.V. Kachur, as well as other unidentified persons, aimed at extortion from A.A. Yenin. bribes on an especially large scale, under the threat of illegal criminal prosecution. To implement the plans, Nesnov A.S., Kachur K.V., unidentified officials of the Investigative Directorate for the SZAO of the Main Investigative Directorate of the Investigative Committee of the Russian Federation in Moscow and other unidentified persons united in an organized group, developed They worked out a plan to commit a crime and assigned roles. The general management of the actions of the members of the organized group was carried out by K.V. Kachur. In November 2020, no later than 11/17/2020 Kachur K.V. attracted to the commission of a crime the previously acquaintance of Pokrovsky O.I, who was in a trusting relationship with Yenin A.A., and for a monetary reward agreed to act as an intermediary in receiving a bribe. In the period from 11/05/2020 to 11/18/2020, during personal meetings and telephone conversations, O.I. Pokrovsky, acting as an intermediary, persuaded A.A. Enin. in his awareness of the results of the investigation of the above criminal cases and the presence of the investigating authorities of grounds for bringing the latter to criminal liability in connection with the implementation of the financial and economic activities of OOO TD VVK, as well as the planned investigative actions in relation to him.

In turn, Nesnov A.S., creating conditions under which Enin A.A. under the threat of illegal criminal prosecution, he will be forced to hand over a bribe, 11/18/2020 at 15:00. 44 minutes by telephone, he summoned him to conduct investigative actions in the SU for the SZAO Main Investigative Directorate of the IC of Russia in Moscow, located at the address: Moscow, st. Picturesque, 42.

A.A. Enin, fearing the implementation of the above threat, in order to prevent harmful consequences for himself, agreed with the requirement of K.V. Kachura. about the transfer of a bribe, as reported to Pokrovsky OI. In the period from 11/26/2020 to 12/10/2020 Yenin A.A., being at the place of residence of Pokrovsky O.I. at the address: Moscow region, Odintsovo, d. Zhukovka, d. 164 gave the latter money required as a bribe in an especially large amount in the amount of 1,650,000 US dollars (at the rate of the Central Bank of Russia, equivalent to 120,945,000 rubles) for not attraction Pokrovsky O.I. received from A.A. Enin cash in the amount of 1,500,000 US dollars in the above period at the direction of Kachura K.The. handed over to an unidentified member of an organized group. Thus, in the actions of Nesnov A.S., Kachura K.The. and unidentified persons contain signs of a crime under Art. 290 of the Criminal Code of the Russian Federation - receiving a bribe in the form of money by an official through an intermediary ”.