The fate of 1 billion euros was determined in Showroom 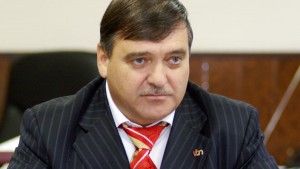 Russian Land Bank (RZB) became an active participant in the largest channel for money laundering from Russia in the summer of 2013. It was during this period that Igor Putin, a cousin of Vladimir Putin, was a member of the board of directors of RZB. According to the materials of the "Laundromat case", which are at the disposal of Rucriminal.info, the main shareholders of RZB, Alexander Gnigoriev and Beslan Bulguchev, attracted their bank to the mega-laundry "Laundromat" on June 30, 2013. The same shareholders in June 2012 took part in the invitation of Igor Putin to the bank, where he worked until November 2013. That is, when "dirty" billions were flowing through the RZS, Igor Putin worked in a bank. His surname "flashes" in the testimony of witnesses, but he was not interrogated in the case. 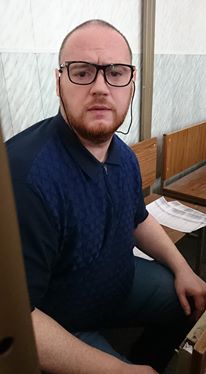 Rucriminal.info publishes fragments of the case, who talks in detail about the role of RZB in laundering.

“Not later than June 30, 2013 Korkin A.G., continuing to implement a joint criminal plan, acting in accordance with the criminal role assigned to him, while in Moscow, including in the premises of the showroom of a closed-type clothing store“ Showroom ”( Showroom) at the address: Moscow, per. Novokonyushenny, 11, office 2, a more precise place and time have not been established, Kiev, Ukraine, Riga, Latvian by the actual (real) co-owner of the Open Joint Stock Company Joint Stock Commercial Bank "Russian Land Bank" (OGRN 1027739484321, TIN 5011002908, BIK 044525684), registered at: Moscow, Sytinsky per., 3, str. 1, (in the text OJSC JSCB "RZB" or Bank) - A.Yu. Grigoriev, dedicated the latter to criminal plans to organize an international criminal scheme for the withdrawal of funds from the Russian Federation to the accounts of non-residents, having introduced him to V.N. Platon, V.G. Plakhotnyuk. and other unidentified persons, as a result of which he involved him (A.Yu. Grigoriev) in the activities of the Community. No later than June 30, 2013 in Moscow, the exact time and place have not been established, A.Yu. Grigorsv attracted for the implementation of the proposed to him by A.G. Korkin, V.N. Platon, V.G. Plakhotnyuk. and other unidentified persons of the scheme for withdrawing funds in foreign currency from the Russian Federation by transferring it to the accounts of non-residents in foreign banks - its partner and shareholder OJSC AKB RZB Bulguchev BM, having initiated the latter into general criminal plans. In this regard, Grigoriev A.Yu. being: the actual (real) owner of 16, 3524% or 185 600 000 pieces "of ordinary registered shares of OLO AKB" RZB "through the foreign company" Boaden Limited "owned by him (private limited liability company PRIVATE COMPANY LIMITED BY SHARES BOADEN LIMITED), registered under the laws of the Republic of Cyprus:

the actual (real) owner of 16, 3524% or 185,600,000 pieces of: ordinary registered shares of OJSC AKB "RZB" through the foreign company "Curinio Limited" owned by him (private limited liability company "PRIVATE COMPANY LIMITED BY SHARES KOURINIO LIMITED"), registered under the laws of the Republic of Cyprus;

Advisor to the Chairman of the Management Board of OJSC AKB "RZB" (Order (order) on the hiring of an employee 32/1-le dated March 15, 2012); - Chairman of the Board of Directors of OJSC AKB RZB (Minutes No. 1 of the meeting of the Bank's Board of Directors dated June 27, 2013), having experience and special knowledge in the credit and financial sector, including the organization and management of Russian activities of credit institutions, in the the national payment system of the Russian Federation and international payment systems, including the Swift system, guided by personal mercenary motives, hoping to receive a constant and stable criminal income, voluntarily agreed to join the Community and head the functionally separate OJSC AKB RZB controlled by them ”, Providing this bank as an instrument of committing a crime. Thus, no later than June 30, 2013, Grigoriev A.Yu. and Bulguchev B.M., being in Moscow, including in the premises of OJSC AKB "RZB" at the address: Moscow, Sytinsky per., 3, building 1, more exact time and place have not been established, by virtue of the achieved with Korkin A.G., Plahotnyuk V.G., Platon V.N. and other unidentified persons of the agreements and the role assigned to them in the commission of illegal foreign exchange operations, the purpose of which was to withdraw funds from Russia to the accounts of non-residents. "

As Rucriminal.info previously told, according to the official version of the SD MVZ RFU, 562,900,000 US dollars and 454,800,000 euros passed through the Laundromat, which in accordance with the rate set by the Bank of Russia on the day of transfer is equivalent to 40,191,605,980 rubles. According to unofficial data, this figure is $ 20 billion.