From a successful criminal case to the assets of a state corporation and partnership with Marina... The correspondent of Rucriminal.info became aware of the details of how the investigator in the case of the Magomedov brothers Nikolay Budilo found himself in the position of the top manager of the subsidiary Rostec of RT-Chemcomposite JSC. He was put there by the vice president of Rostec, also a native of the law enforcement bloc, Alexander Nazarov. Awakened, Nazarov and ex-employee of the DEB Interior Ministry of the Russian Federation Alexander Andreev (also known as a friend of Marina Sechina) are long-time comrades. In the Ministry of Internal Affairs of the Russian Federation, they together participated in many interesting topics. Sources say that Budilo left the Ministry of Internal Affairs of the Russian Federation not of his own free will, but after the third effective verification by the FSB of the Russian Federation. In particular, Budilo attracted the attention of counterintelligence officers due to close relations with lawyer Vladimir Timoshin, whose main client is the Kazakh oligarch Kenes Rakishev. Rakishev was the beneficiary of the BTA Bank case, which was led by Budilo. 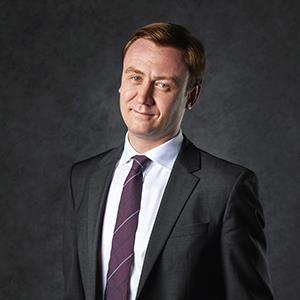 According to the interlocutors of Rucriminal.info, Alexander Nazarov, Alexander Andreev and Nikolai Budilo closely agreed on the “case of the Financial Leasing Company (FLC). Alexander Nazarov was then a leading employee of the Department of Economic Security of the Ministry of Internal Affairs of the Russian Federation (he headed ORB 3, was deputy chief of the DEB). The victims wrote a statement in his name, in fact, led the operational support in the case. Alexander Andreev was an employee of the anti-economic crime units, entrusted to Nazarov’s opera. Andreev conducted all operational work on the “FLC case”, and then quit the bodies and ... headed the company, which transferred FLC assets to 1.7 billion rubles. Awakening actually led the "FLC affair."

In short, the essence of the story is as follows. In 2008, the FLC learned about the existing offer of the Norwegian company Aker Yards of two shipyards in Germany and the Okean shipyard in Ukrainian Nikolaevsk. Norwegians asked for 300 million dollars, then “moved” to 260 million. The head of the FLC, Nail Malyutin, his deputy Andrei Burlakov, another deputy director of the FLC, Yevgeny Zaritsky and Sergey Morozov, became interested in a possible deal. Under the last name, the leader of the bloodiest killer group of killers Aslan Gagiev (Dzhako) lived and steered many processes in the FLC. FLC just sold bonds, revenue amounted to $ 150 million. Of these, $ 60 million was transferred by Aker Yards as a deposit. For $ 10 million in Spain, a chic mansion was bought next to the mansion of Gennady Petrov. It was supposed to be a gift to a major federal official, a native of St. Petersburg. Burlakov, Malyutin and Morozov (Gagiev) shared $ 50 million. Moreover, Jaco took the lion's share, referring to the contents of his gang of killers. Then there were many different financial transactions, including those involving budget funds. 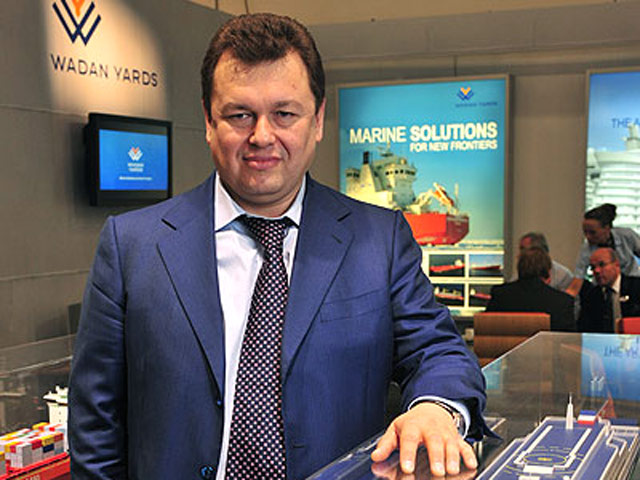 And then in a friendly team there was a split. On the one hand were Andrei Burlakov and his close businesswoman Anna Etkina. And on the other Malyutin and Morozov-Gagiev. Malyutin, as the head of the FLC, was in danger of being attracted for embezzlement of budget funds and he filed an application against Burlakov. The statement was supervised by Nazarov, and Andreev was engaged in all the work. Failure orders were issued twice, but then Malyutin found an approach to the DEB employees. As a result, a criminal case was brought up against Burlakov and Etkina. Initially, the case was opened by the investigator of the Main Directorate of the Main Directorate of the Ministry of Internal Affairs in Moscow Polikurov, but then it was transferred to Nikolay Budilo in the SC Mid-State Department of the Ministry of Internal Affairs in the Central Federal District. The operational support was led by Alexander Nazarov, and all the operational work was carried out by Alexander Andreev. According to Malyutin’s original plan, the investigation should have been in his favor, which would have allowed for the theft of budget funds to be attributed to Burlakov and Etkina, and at the same time to seize their assets, and not yet stolen assets of the FLC. But, according to Rucriminal.info sources, the DEB and the investigator had their own plans.

Budilo sent a report to the FSB of the Russian Federation that during the investigation he found signs of a crime (embezzlement of money from the FLC, which went to buy real estate in Spain) in Malyutin's actions. The FSB SU instituted proceedings against the latter and he went on the run. Burlakov and Etkina were under arrest, and after they were released, they were shot by one of the killers Gagiev (Burlakov died, Etkina survived). The FLK was bankrupt under the control of the Ministry of Internal Affairs of the Russian Federation, after which the company acquired Independent Technologies (NT) property worth 1.7 billion rubles. It was “NT” that was headed by Alexander Andreev after he left the law enforcement agencies. The interlocutors of Rucriminal.info say that his activities continued to be supervised by Alexander Nazarov, who in 2011 also left the Ministry of Internal Affairs and became an adviser to the general director of the state corporation Rostec. And only the partner of this couple, Nikolai Budilo, continued to work for a long time in the Ministry of Internal Affairs of the Russian Federation, conducted high-profile cases in the Investigation Department and recently quit, finding a good place in RT-Chemcomposite JSC. Now the friends are together again. Now Alexander Nazarov is Deputy General Director of Rostec Group of Companies.

Rostec's “daughter” is RT-Chemcomposite JSC, where Budilo became deputy general director. JSC RT-Chemcomposite also has a "daughter" - ONPP "Technology" named after A.G. Romashina. And "Technology" them. A.G. Romashina delivers government contracts for gigantic amounts to Stankoflot, where the founders are Alexandra Andreev and Marina Sechina, the ex-wife of the head of Rosneft Igor Sechin. Andreev and Sechin are friends and partners.