How will the fight in Dubai end? Sources of the VChK-OGPU telegram channel and Ruciminal.info said that the most ambitious project of thieves in law - "general expense" - with a creak, but still managed to be implemented. Back in March, at a meeting, they had to decide that the thieves in law, who were in conflict, forgive each other without apologies and showdown, the so-called “common expense” occurs. The main goal of the event was to neutralize the old “message” about Tariel Oniani (Taro), who was released from prison, where 30 extremely influential “criminal generals” recognized him as not a “thief in law”. However, the main opponent of Taro, Lasha Shushanashvili (Lasha Rustavsky) from prison, unexpectedly for everyone, did not refuse his signature under the letter about the dethronement of Taro. And without the consent of Lasha, the whole event became simply meaningless. Thus, a blow was dealt not only to Taro, but also to the influential thief in law Badri Koguashvili, who, in fact, was the person who drew the scheme of "total spending" under the strict guidance of "thief in law No. 1" Zakhar Kalashov (Shakro Young), whose arms, legs and eyes is now Badri.

However, according to the source, after a series of discussions, it was decided to apply such a scheme. In fact, Lasha's word is put "on pause" until the moment of his release, when he can express all the Tarot face to face and discuss mutual grievances. A large majority of thief in law out of more than 30 thief in law voted for this, and objections were minimal. The general vote "total expense" was passed and everyone was able to save face.

According to a Rucriminal.info source, now Tariel from Dubai is a full-fledged thief in law, the leader of the Kutaisi clan and one of the leaders of the thieves' world as a whole. With all the necessary attributes, including conflict resolution among other thieves in law. 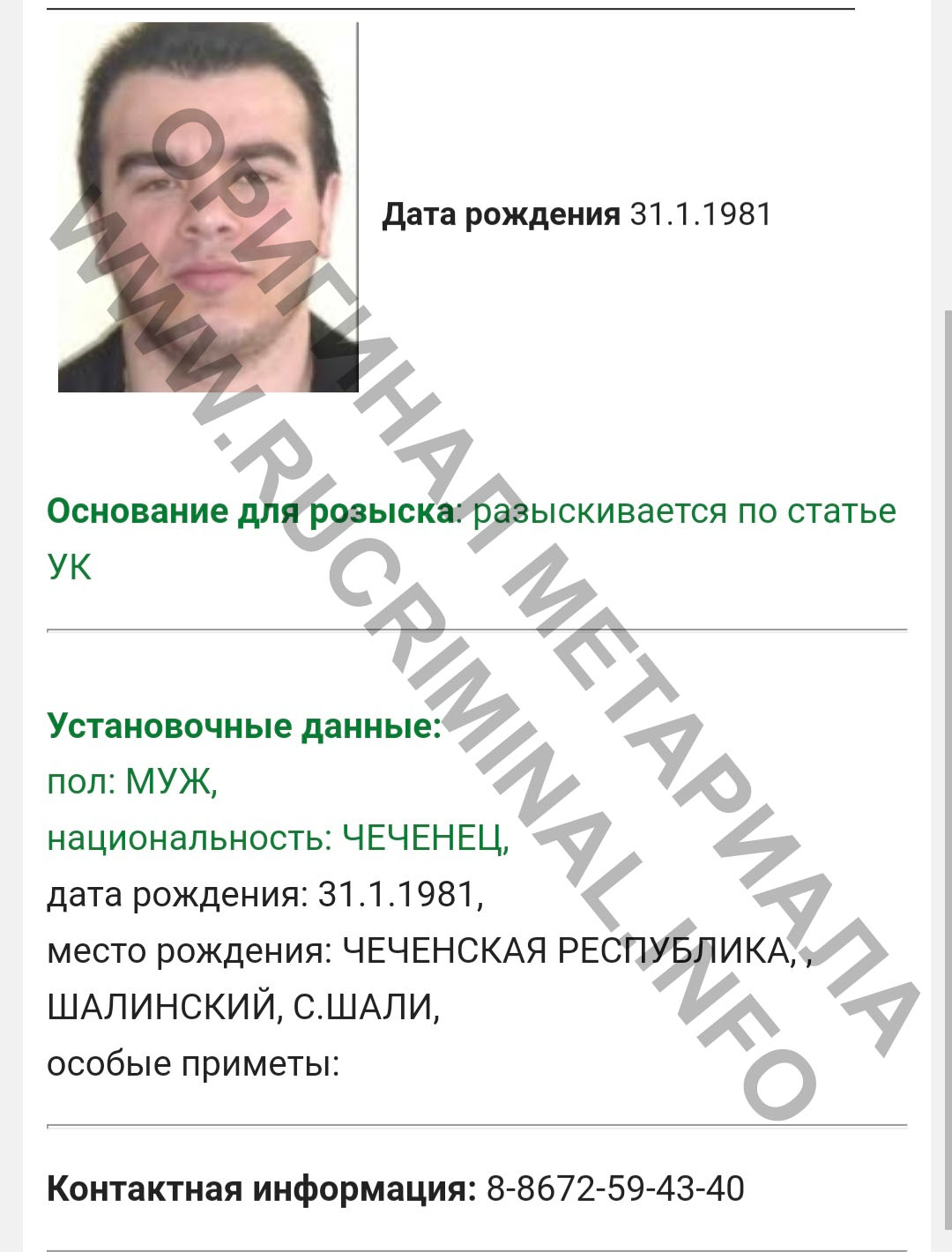 However, not everything is so rosy with Oniani. According to the editors, after being released from a Turkish prison in Dubai, thief in law Akhmed Dombaev (Ahmed Shalinsky), who has a very difficult relationship with Taro, settled. Dombaev spent part of his term in a "covered" and strict colony in the Lipetsk region. At the same moment, there was a whole group of more experienced crime bosses, of which Tariel Oniani stood out in the first place. However, it was Dombaev who "ruled" all the processes along the thieves' line in the colony, which at some point stopped liking Taro. As a result, Oniani began a difficult "behind the scenes" game against Dombaev, which almost ended very sadly for Taro.

Upon learning of Tariel's intrigues, Ahmed considered his behavior unworthy and even tried to break into Oniani's cell in order to dot the i's with him personally. After the incident, the administration transferred Taro to ShIZO.

Considering that Taro is related to the meeting in 2021, during which it was decided to suspend Dombaev's thieves' powers, the meeting with Shalinsky does not promise anything good for Oniani. Especially in Dubai.

Earlier, the Cheka-OGPU reported that the Turkish authorities released the influential Chechen thief in law Akhmed Dombaev (Akhmed Shalinsky). At the same time, he has no restrictions, so he immediately left Turkey. Akhmed Dombaev was detained in early February immediately upon arrival in Istanbul. According to the source, the Turkish special services obtained information about him when they were monitoring people from republics closely associated with the Chechen authorities. Moreover, they had information that Dombaev, together with a group of associates, would arrive in Turkey to organize some kind of attack on a person from among the opposition to the Chechen authorities. However, during the verification of this information, they could not find confirmation. In the Russian Federation, Dombaev is wanted on charges of occupying a higher position in organized crime (Article 210.1 of the Criminal Code of the Russian Federation).

As previously reported by the Cheka-OGPU, Dobmbaev got rid of his castle in Chechnya with giant thieves' stars on the gate. In 2021, a number of thieves in law held a meeting and decided to crown Shalinsky. He was blamed for the fact that he lives beyond his means, and, accordingly, is “applied” to the “common fund”. From Chechnya, they presented the necessary "evidence": the shooting of that very luxurious Shalinsky mansion.

However, in the thieves' world, the decision to get off was perceived ambiguously, and many thieves refused to recognize her decision. So Dombaev continues his former life and the majority of "criminal generals" is considered an active "thief in law".