Why Rostec expels the director of Motovilikhinsky Plants Alexander Valerievich Anokhin, and can the ... 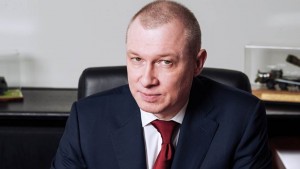 On February 17, 2020, Interfax announced that the State Corporation Rostec plans to change its leadership in all enterprises included in Motovilikhinskiye Zavody.

According to Interfax: “The change of the acting director of MGM and SKB, Alexander Anokhin, is due to the fact that he failed to bring SKB to breakeven (fulfills the state defense order), as well as to implement the industrial site restructuring program. "Enterprises generate a net loss, payables and cash shortages are growing, there is no positive dynamics of production."

Versions of Motovilikha workers began to sound on social networks and media comments long after people realized that Anokhin’s empty promises were worth nothing but a thirst for personal gain. Therefore, the version of workers turned out to be shorter: “Anokhin didn’t fix anything, he just ruined the existing one. You can’t squander money and steal so much. ”

In Rostec itself, Alexander Anokhin has long been considered an eloquent talker, which can not be trusted.

In 2017, the state, for the financial recovery of Motovilikhinskiye Zavody, carried out the separation of plants and transferred the state defense order to a new enterprise, ZAO SKB, which has no debts.

Anokhin systematically played on the fact that planned sales figures, under which the financing of the enterprise is formed, are compiled at the beginning of the year. It is understood that the head of the enterprise is a responsible and adequate person, and makes plans realistically, and not “from the ceiling”. However, Anokhin overestimated the targets from 2 to 5 times!
For example, in 2018, Anokhin set a plan of 8 billion rubles, but actually carried out 1.5 billion.

At first, in Rostec, they tried to help a young manager who made a good impression and beautifully outlined plans for raising the enterprise (besides, having no debts initially).
The best specialists of the state corporation were engaged in a situation analysis. The problem points were clear: Anokhin was asked either to load the workers with the release of new products, or to reduce the staff to the volumes that the old one provides.
The first option, of course, is preferable both for the country and for workers, but it requires the director to be able to work, and not just distribute the budget.

However, Anokhin sent the staff to paid absenteeism and concentrated on stuffing his own pocket.

The result of the grief-leader’s activity was “negative profitability”. That is, “having painted the leadership of Rostec with rainbow plans, Anokhin squandered the money, but never created a new production.

Monthly contracts of SKB CJSC, clean of old debts, generated losses amounting to billions. At the same time, Anokhin himself was rich in front of his eyes, and he saw Rostec subsidies to him as the only way to correct the situation.

Anokhin increased the debts of the enterprise, telling tales of how he plans to improve the situation in some uncertain future. There were no sources of debt repayment, debt was growing, Anokhin's tales continued. And the leadership of Rostec constantly listened to the demand for more money at the end of the report on the next loss.

What Anokhin did is very similar to the work of a professional fraudster. Only, unlike a fraudster, Anokhin works at a state enterprise and spends state money.

The double reports of Anokhin with the same income were similar to the actions of a fraudster. For example, he easily transferred the income of 2019 to 2020 on paper so that the picture shown to the management was more beautiful. This was revealed in the analysis of his plans. Not only did Anokhin not fulfill his own plans and do not intend to fulfill, so even in the drawn 6.5 billion planned incomes of 2020, there were 1 billion real incomes of 2019. In fact, Anokhin twice reported the same money!

The company ZAO SKB, created to get rid of debts, under the leadership of Anokhin, went bankrupt within two years.

The only reason why SKB CJSC has not yet gone bankrupt is because Anokhin created the main debts to the structures of Rost itself.