“I can’t look at this chaos” 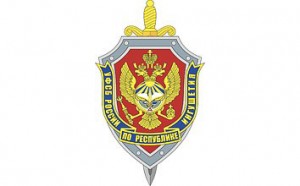 At the disposal of Rucriminal.info was an appeal to the head of the FSB for the Republic of Ingushetia D.N. Kechkin about corruption in the bodies of the regional Ministry of Internal Affairs and the protection of this by local counterintelligence agents. We publish it with small cuts.

“I was prompted to turn to you by the honor of a Chekist officer and civic duty. The fact is that our Directorate includes such persons who dishonor the honor and dignity not only of the personnel, but of our entire service as a whole. .... I can no longer look at this lawlessness and at the same time consider myself an officer - a Chekist, and therefore I will start in order:

Bachiev Eldar (an approximate ex-head of the FSB of Russia in the Republic of Ingushetia) completely “protects” the corrupt component of the Economic Crime Department and the PC of the Ministry of Internal Affairs in the Republic of Ingushetia (collecting from the Mining Farm, from the pension department, FTEC, the employment service, etc., they put everyone on tribute).

In addition, Bachiev Eldar and Kuriev Ilez with the Minister of Internal Affairs for the Republic of Ingushetia solve personnel issues exclusively in their personal interests. Bachiev Eldar, after the dismissal of Chernyshev, when collecting and sharing money, began to refer to the deputy head of the FSB of Russia for the Republic of Ingushetia Dmitry Viktorovich, he does not hesitate to openly refer to him. In addition, Bachiev Eldar monthly receives 500,000 rubles from a black widow (Lyudmila Dzyaudinovna), the sister of our employee Zelimkhan Dzyaudinovich Kotiev, not to mention gifts and a donated Toyota-Camry car. Eldar receives money from the black widow through Eldzharkiev Islam (Head of the Center for Economic Affairs of the Ministry of Internal Affairs for the Republic of Ingushetia).

At this time, Bachiev Eldar is behaving confidently, demonstrating his far-fetched illusions that he has connections with the new head of the Department, Kechkin D.N.

The department has several organized groups, formed under the head of S. Chyrnyshov. The head of the above group is Bachiev Eldar. 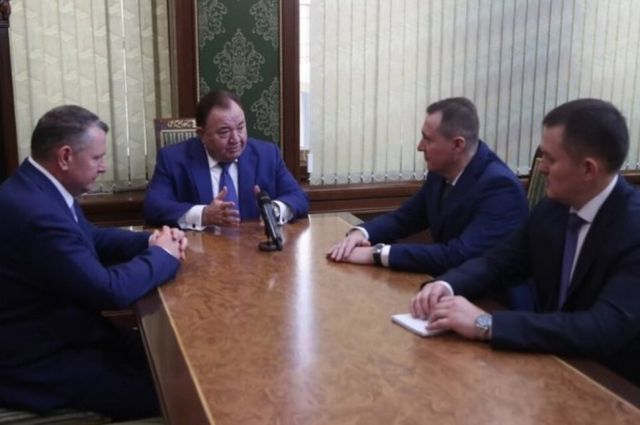 It is also known that Ekazhev M.T. repaired at his own expense the Friday club in the KBR, owned by Valagirov Ratmir, for 15 million rubles. After his departure, Ratmir Valagirov passes Ekazhev to Zalim Baragulov by inheritance. After Baragulov transferred to the SEB department, his opportunities for enrichment expanded and he needed to transfer his department from a local employee who was able to establish a scheme for receiving kickbacks from the Batlaks for gold, since the Batlaks are mainly engaged in gold. To do this, Baragulov Zalim gets rid of an honestly working employee, a fighter against corruption, and in his place he transferred his friend Ramzan Chumakov, (who had previously been sent to the duty unit from the BT department for shortcomings in his service. leaked the deputy head of the Department VV Les, who was fired for taking a bribe from Belkharoev Yakub and protecting hucksters) as being able to negotiate using family and other ties when receiving tribute.

As we all know in Nazran (Center-Kamaz) on the street. Kurkieva, house 11 in relation to Medarov (the owner of the Ali restaurant, a businessman, is engaged in gold mining in the north) during a search, took or 2 (two) Glock pistols 2 (two) APS pistols, 36 (thirty-six kilograms of gold, 24 (twenty-four) million rubles, 2 wrist watches with diamonds, 2 diamond necklaces. This event ( robbery) was carried out led by Oleg S., Baragunov Zelim and Chumakov Ramazan. Before the event, all the phones of Medarov and his close relatives were wiretapped on the instructions of Chumakov R. Everything that was obtained during the "event" was divided between Oleg S. , Baragulov Z. Chumakov R., Chernyshev Sergey received the lion's share. A few days later, Chumakov R. and Baragulov Z. each purchased a Toyota Camry for themselves. Similar "events" had previously been held by the owner of the Eldorado shopping center Evloev Akhmed Kadyrovich , living in Nazran (Centre-Kamaz) In the course of these "events" the specified employees took 500,000 US dollars from Evloev A.K. They carried out similar "events" from the head doctor of the perirenal children's center, also from the head of the Federal Tax Service of the Republic of Ingushetia , the list is endless. The population in the republic is so frightened that they are afraid to say a word, to report to the relevant authorities, for example, to the RSD of the FSB of Russia for the Republic of Ingushetia, as there were cases, but they ended in failure for the applicants, since the head of the RSD department and operational officer Rizvan are at the same time with them. Let me give you an example: Umar Evloev (responsible for the Unified State Examination in the Ministry of Education in Ingushetia) was extorted money in the amount of 10,000,000 rubles, he turned to the OSB, and they, in turn, opened a criminal case against him, in April they searched his place.

For the third organized group (OPG):

The head of the third group in the FSB of Russia for Ingushetia is Georgy Nizheradze. The activity of our hero lies in the fact that motivating the work on the Batlaks, he receives money for the patronage of certain individuals from among the Batlaks and the solution of their issues.