Kazakh oligarch paid off the case of the massacre on Rochdelskaya At the disposal of Rucriminal.info was a letter from a number of operatives to the leadership of the FSB of the Russian Federation. In it, they ask to pay attention to the Kazakh oligarch Kenes Rakishev. The authors of the message assure that Rakishev is closely connected with a number of representatives of the FSB of the Russian Federation and Ramzan Kadyrov. It was thanks to this and financial injections that he managed to avoid responsibility in the case of the shootings of the Element on Rochdelskaya Street. Earlier, we published evidence that it was Rakishev who provoked the massacre at the restaurant. The owner of the establishment was his close friend, Jeanne Kim, owed to designer Fatima Misikova for work in Element. During a conversation between lawyers, Kim began to call Rakishev and he promised to send “fighters”. At the same time, Rakishev knew that Misikova was friends with the wife of “thief in law” Zakhar Kalashov (Schakro Young) and deliberately went to the conflict. Rakishev sent to Element lawyer-solver Eduard Budantsev, closely associated with the FSB. But he was not warned that he would have to deal with the mafia. The quick-tempered and always armed Budantsev opened fire. Now we pass to excerpts from the letter. We do not give many points until the end of the audit on this appeal. 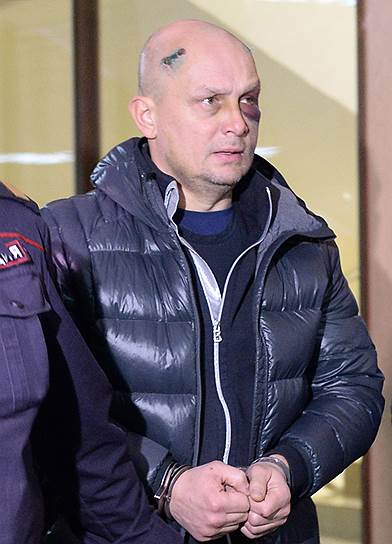 “The day after the shootout on the Rochdelskaya street in the law office of Eduard Budantsev“ Dictatorship of the Law ”a meeting was held at which the possibility of leaving or minimizing the criminal liability of Budantsev was discussed. At the meeting, it was proposed to make the police officers who were at the scene of the incident, as well as accusing extortioners of negotiations, one of the areas of Budantsev’s defense. As Petukhov explained, this is necessary to justify the use of weapons by the Budantsev. The attorneys present agreed with this position.

Further, the law dictatorship bureau lawyers prepared a single position on what happened on 12/14/15 in the Elementus restaurant, respectively, in favor of Budantsev. The essence was as follows: the persons participating in the negotiations are extortionists; police officers at the scene were inactive; Budantsev was forced to suppress lawlessness. In reality, there was a dispute between two business entities, and the conflict occurred on the basis of hostile relations. When all the participants in the events went out onto the veranda of the restaurant, Budantsev unreasonably took out a gun and said: "I will shoot everyone." After this, a fight began. Well, to be more precise, the Kochuykov guard tried to pacify the lawyer Budantsev, but in vain. When viewing the video, it is clear that Budantsev is committing a deliberate murder, in fact, shooting unarmed people, as in a dash. By the way, it has been documented that Zhanna Kim first saw Budantsev on 12/14/15 and after talking with him thought that she was a police officer who arrived on behalf of her friend businessman Kenes Rakishev. It is worth noting that not one of the participants in the events confirmed the phrases “load the bald man in the trunk”, “get the guns”, etc., which were invented by the lawyers of the “Dictatorship of the Law”.

In the course of the investigation of the criminal case against Budantsev, the SK officers figured out what was happening on Rochdelskaya, and Budantsev’s charge was reinforced by new episodes. In early summer 2016, on behalf of Drymanov, Budantsev was charged under Art. 105, 111, 115, 118 of the Criminal Code of the Russian Federation, and it was also decided to prosecute Kenes Rakishev as an accomplice. The last decision was made to discredit the current leadership of the GSU SK Moscow. To this end, Rakishev allocated $ 3,000,000, ”the letter said. Moreover, Rakishev decided to connect his Chechen resources to solve the problem. As you know, Kenes Rakishev has long been friends with Ramzan Kadyrov. In December 2017, U.S. authorities included Kadyrov on the Magnitsky’s list and named him responsible for “killings, torture, and other large-scale human rights violations.” Sanctions were imposed on Kadyrov. Rakishev is not only a close friend of Kadyrov, but also his business partner. With the money of Rakishev, a mosque was built in Grozny, it is Rakishev who invests Kadyrov’s funds abroad. Starting in 2017, Rakishev carefully cleans all references to his friendship with Kadyrov from the Internet. However, according to Rucriminal.info sources, close relations between Rakishev and Kadyrov continue, including financial ones. Only they no longer advertise their friendship. As a result, according to the authors of the letter, Rakishev asked Kadyrov to help put pressure on the arrested officers of the TFR through their cellmates - arrested law enforcement officers from Chechnya. For these purposes, officers of the Chechen Ministry of Internal Affairs, Said Akhmaev and Lecha Bolotbaev, who served as the guards of Adam Delimkhanov, were selected.

They were detained on charges of extortion in a pre-trial detention center with an employee of the Investigative Committee, Denis Bogorodetsky, who was arrested for

“We found out how the pressure was exerted on the employees of the Investigative Committee of the Russian Federation (for self-incrimination). So Bogorodetsky, detained on suspicion of taking a bribe, was placed in jail No. 4, where Chechens Bolotbaev Lecho and Akhmaev, who were accomplices in one criminal case, exerted pressure on him , for a successful operation they received a reward in the form of a mitigation of the article of the Criminal Code. They are in the immediate circle of Delimkhanov. Chechens carried out pressure on Bogorodetsky not without the participation of Rakishev, who is friends with the leadership of Chechnya ... Chechens were placed with the Lefortovo pre-trial detention center to work with the employees of the Investigative Committee (Maksimenko, Lamonov, Nikandrov), ”the operatives said in a statement.