The main shadow banker of Russia did not stay in prison Shadow banker Ivan Myazin, who received eight years in a general regime colony for stealing 3.2 billion rubles from Promsberbank, did not go to the colony. According to telegram-canada VChK-OGPU, he is serving his term in a pre-trial detention center in Mozhaisk, moreover, Myazin filed a petition with the local court to replace the unserved term of imprisonment with a milder form of punishment. From the isolation ward, he calmly communicates with the whole world and there is no doubt that he will soon be free - the Moscow Region courts make decisions mainly in favor of Myazin - one of the most influential shadow bankers, the creator of gigantic (in terms of amounts) money laundering channels, for example, withdrawal channels funds through Danske bank and Deutsche bank.

This is not the first such scandal associated with Myazin. In December 2019, the Podolsk court passed an extremely lenient sentence to Ivan Myazin. Judge Tatyana Yuferova sentenced him to a ridiculous sentence of 5 years in prison. A few months later, the Moscow Regional Court changed the sentence and increased Myazin's term to 8 years. And a year later, the largest shadow banker got ready to go free. 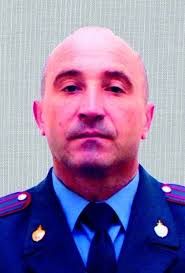 According to a source of Rucriminal.info, such successes of Myazin in the courts near Moscow are simply explained. His good acquaintance is Major General of the Ministry of Internal Affairs (retired) Sergei Buzinov, who at one time served as security guard for Myazin. Buzinov began his police career in the criminal investigation department of Podolsk, where he became friends with representatives of the local lads, including, of course, with their leader Sergei Lalakin (Luchok). When gangsters close to him had problems, Buzinov began to behave very nervous, for which he received the nickname Serge Vanity. After rapprochement with Podolsk, Buzinov's career took off. He moved to the Main Directorate of the Ministry of Internal Affairs for the Central Federal District, where Nikolai Aulov (Nick Nick) became his head. Aulov and Buzinov launched a vigorous activity, many shadow bankers were under their tutelage, in particular Yevgeny Dvoskin, Ivan Myazin, Alexander Grigoriev (the latter was always closely associated with Luchk). Aulov and Buzinov actively interacted with the St. Petersburg authorities, including Gennady Petrov, who was then living in Spain. In the Main Directorate of the Ministry of Internal Affairs for the Central Federal District, Buzinov was the head of the OSB. When they asked for Aulov from the Ministry of Internal Affairs, Buzinov went with him to the Federal Drug Control Service. Serge Vanity became Deputy Head of the Main Directorate of the Federal Drug Control Service. Got a general. However, then the cleaning began, and Buzinov had a lot of real estate in Spain, bought during his cooperation with Petrov and Co. He had to resign from the Federal Drug Control Service. And he went to the head of security to Ivan Myazin. Officially, Buzinov was issued as the director of the asset protection department of Promsberbank (he was controlled by the shadow bankers Myazin and Alexei Kulikov). And the Buzinov, and even more so, Luchko has huge opportunities to influence the judiciary near Moscow. Hence the success of Myazin. Moreover, these successes "on all fronts." The source said that the Investigation Department (SD) of the Ministry of Internal Affairs of the Russian Federation transferred to the Main Investigation Department of the Main Directorate of the Ministry of Internal Affairs of the Russian Federation for the Moscow Region the case of embezzlement of funds from Promsberbank, where it can be sure that it will eventually be buried. And with him will be buried and potentially one of the most high-profile investigations - about money laundering through Deutsche bank (DB). The persons involved in the two stories are the same - Ivan Myazin, Alexey Kulikov (convicted), Oleg Belousov (on the international wanted list) and Andrei Gorbatov (hiding in Cyprus). It was within the framework of the "Promsberbank case" that materials and testimony were collected about the laundry that operated through DB. It was established that Aleksey Kulikov was personally acquainted with the head of the Moscow office of Deutsche bank Yerg Bongarz (now the director of DB for Central and Eastern Europe), who brought him to the bank. He also advised how to bypass DB's control - to buy already operating financial companies with a history and admitted to work as clients of Deutsche bank. Such companies were IK Financial Bridge or Rye, Man & Gor Securities, the activities of which began to be supervised by Andrey Gorbatov. By the way, "Financial Bridge" was acquired from Alexander Perepelichny, who later became an informant for Western intelligence services and died under strange circumstances. A special role was assigned to Gorbatov's assistant Oleg Shevelev, whose duties included the selection of nominee leaders of these companies. There is also evidence against the former vice-president of Deutsche Bank for operations in the stock market, Sergei Suverov. Suverov was personally acquainted with Alexei Kulikov, they were on friendly terms. Financial Bridge and other companies involved in the laundry took an active part in transactions for the formation of packages of securities of Russian issuers for the subsequent execution of sham transactions, the purpose of which was to withdraw funds from the Russian Federation. Gorbatov and Belousov are now holders of Cypriot passports and have acquired their own bank-CDB in Cyprus. At the same time, Gorbatov himself likes to boast that he has so much money that he can easily solve any problems with the security forces. That's when Belousov was announced in International wanted list, according to Gorbatov himself, he, having become poorer by several million dollars, solved the issue in the prosecutor's office and the supervisory agency blocked the Ministry of Internal Affairs of the Russian Federation from bringing accusations in absentia to Gorbatov. Now the case of the theft of Promsberbank and the laundering through DB were sent to the funeral.