Rucriminal.com names the performers of one of the most high-profile crimes. Part 4 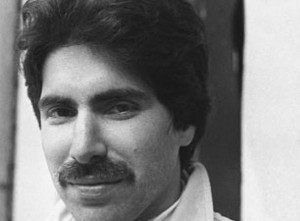 Rucriminal.com continues the publication of a documentary detective about the murder of St. Petersburg vice-governor Mikhail Manevich, a close friend of Russian President Vladimir Putin. For 20 years no one has been brought to justice for this crime.

In the previous parts of the investigation, we indicated the one who followed Manevich, but left the responsibility. This is the employee of the North-Western Customs Igor Bondarenko. We also quoted a version of the FSB that the murder was connected with the St. Petersburg seaport. In this part of the documents of the special services, which were at Rucriminal.com's disposal, we ask you to pay attention to the mention of the "family trace". Well, and, of course, to study the detailed description of the killers. Can not doubt, these are the very people who dealt with Manevich. It's not about loners, such as Solonika or Lesha Soldat, but about a detachment of professional killers. On his account, almost all the loud, but never uncovered, murders of the 90s.

"In addition, as a version, situations are also considered in which MANEVICH could become a victim as a result of inadequate reaction to any of the decisions he adopted that affect the insignificant interests of specific individuals.

The block of versions that the murder was committed by a person from the number of connections based on motives of a domestic character, as well as by a person prone to commit serious crimes, in the light of the received data is less realistic, but also verified. In the process of verifying this block of versions, materials about commercial activities of M.Manevich were claimed and verified. and his closest relatives.

The version that there was a mistake in the object of encroachment is also being worked out. The reason for this version is that in the house where MANEVICH lived, and in a number of houses located nearby there is a significant number of entrepreneurs and persons engaged in criminal activities who use the Volvo cars to move around the city.

Simultaneously with the conduct of investigative actions and operational-search measures to verify the versions put forward about possible customers, the purposes and motives for the murder of MANEVICH, the investigative and operative way verifies the available materials about the involvement in the murder of Maneveich of specific persons - the direct perpetrators of this crime.

Currently, more than 20 signals that have been processed in the case materials, about possible involvement in the murder of M. Manevich are being checked. specific persons, and in this connection, corresponding instructions were given to the operational units on the conduct of operational-search activities.

Including the involvement in the murder of MANEVICH, the members of the criminal group CHELYSHEV, suspected of committing hired murders in the territory of the Tambov region, in Moscow and St. Petersburg, are being checked.

This group, as they say in the materials that were at the disposal of Rucriminаl.com, specialized in killing by shooting from firearms from roofs and attics, including moving targets (vehicles).

arrested in St. Petersburg by the investigator of the prosecutor's office of Tambov region in the criminal case N52044, which is in his production, and are sentenced: VASILIN to Moscow, TERESHCHENKO to Tambov.

According to the available information, VASILISIN and TERESHCHENKO have information about the preparation and execution of the murder of MANEVICH.

Thus, according to VASILISIN's testimony, obtained in the criminal case N52044, five people took part in the murder of MANEVICH, two of them were arrows, and three carried out their cover. Three of the five have already been killed. As the source of his awareness of the participants and the circumstances of the commission of the terrorist act, VASILISIN named the so-called brigade leaders of the criminal group MALYSHEV in St. Petersburg. At present, these persons are being established.

At the same time, there are reasons to believe that the immediate perpetrators of the terrorist act and their accomplices are persons from among the members of the criminal group of CHILDREN.

This version is checked in the framework of criminal case No. 86 by conducting investigative actions in the territory of St. Petersburg, Moscow, Ulyanovsk, Tambov and Lipetsk regions.

It is established that this criminal group, in addition to VASILISINA and TERESHCHENKO, includes:

DROZHZHIN Oleg Borisovich, born May 27, 1963, native of the town of Kaskelen in the Alma-Ata region of the Kazakh SSR, registered at the address: 139, the town of Usman, the village of Streltsi, previously convicted three times;

VOLKOV Anatoly Gennadievich, January 2 (according to other sources - March 21) born in 1958, native of the city of Alma-Ata of the Kazakh USSR, nickname "Khan";

VOLKOV Yuri Gennadievich, born April 11, 1964, native of the city of Alma-Ata of the Kazakh USSR;

Of these, CHELYSHEV AA7, CHELYSHEV SA, YAKOVLEV SV, POPOV SN, DROZHZHIN OB, SMIRNOV NG. and CHELYSHEVA AG have now been arrested by the prosecutor's office and are being detained in the detention facilities of Moscow and Tambov.

In addition, to the criminal activities of the group of CHILD, according to the materials that were at Rucrimin al.com's disposal, could be related to:

The remaining members of this group are being searched.

It was established that a number of members of the group CHELYSHEV in August 997 were in St. Petersburg and could take part in the preparation and direct commission of a terrorist act.

In view of the foregoing, interrogations are conducted to find out who exactly was in St. Petersburg in the specified period of time, and in particular on August 18, 1997.

At the moment, in the process of verifying the version of the involvement in the commission of a terrorist act against MANEVICH of members of the criminal group CHELYSHEVY in the criminal case No. 86, there were conducted 40 searches, more than 230 witnesses were questioned, 45 examinations were assigned. In addition, 12 criminal cases were instituted and separated from criminal case No. 86 into independent production.

Being interrogated as witnesses TERESHCHENKO admitted that he kept the specified cartridges from his mother and cohabitant, and VASILISIN refused to give evidence, referring to a poor state of health.

June 3, 1998 in respect of AN TERESHCHENKO. criminal proceedings were instituted on the fact of illegal storage of ammunition, that is, the commission of a crime provided for by part 1 of Article 222 of the Criminal Code of the Russian Federation.

On the same day, on the fact of illegal storage of ammunition in the place of residence, VASILISINA SV a criminal case has been initiated under part 1 of Article 222 of the Criminal Code of the Russian Federation.

These criminal cases are separated into separate proceedings.

During the search of the place of residence YAKOVLEVA SV In the village of Pervomaysky, Tambov region, 9 turret cartridges of 7.62 mm caliber were found and seized.

Being interrogated as a witness by Yakovleva's wife. - YAKOVLEVA EV reported that she did not know how these cartridges were in their house. She also explained that she last saw her husband in January 1998.

June 10, 1998 on the fact of illegal storage of ammunition in the place of residence YAKOVLEVA SV in the village of Pervomaysky, Tambov region, a criminal case was initiated and segregated into separate proceedings on the grounds of the crime provided for by part 1 of Article 222 of the Criminal Code of the Russian Federation.

During the search in the apartment of the co-worker CHELYSHEVA SA. - KUZMINOY O.V. They seized two cartridges for the Makarov pistol and one cartridge for the TT pistol, which KUZMINA explained had been left for storage by ZDANOV Romanov, born July 5, 1962, born in Leningrad, a Russian citizen of the Russian Federation, a junior inspector of Division 11 of Division 5 8 of the Main Directorate of the Ministry of Internal Affairs of Russia, previously not convicted, residing at the address: St. Petersburg, Desantnikov Street, 28, apartment 203.

Being questioned as a witness, ZHDANOV admitted that he kept his place of residence in Kuzmina OV's place. specified cartridges. At the same time, he explained that these cartridges were purchased by him in several receptions during the period from 1987 to 1995 while performing training firing at the polygons located on the territory of the Leningrad Region. At the same time ZHDANOV denies the fact of getting acquainted with CHELYSHEV and transferring his patrons to someone.

June 10, 1998 in respect of Zhdanov RV. a criminal case was opened and segregated into separate proceedings on the fact of illegal acquisition, transportation, carrying and storage of ammunition, that is, committing a crime stipulated in part 2 of Article 222 of the Criminal Code of the Russian Federation.