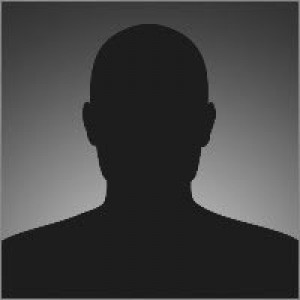 One of the leaders of the "Taganka" OPG. He was actively involved in the raider attacks "Department Store Moscow" and other Moscow companies. For many years, it turns into "thieves" circles.

He participated in the planning and organization of the assassination attempt, and then the murder of underworld patriarch Grandpa Khasan, his protege Scythian, as well as Jap.

It should be noted that "Tagansky" founder Igor Zhirnokleev many years "turns" in the "thieves" circles. In the past in contact with the Tarot, Merab Sukhumi and his brother Levan, jams, many more "legalistic" as well as leaders of major Russian organized crime groups. According to a source "Criminal Russia" Zhirnokleev participated in the planning and organization of the assassination attempt, and then the murder of Ded Hasan, his protege Scythian, as well as Jap. However, the company Shakro Young has not been noticed.

Detained Russian in Mallorca, which Spanish media called the "head of the Russian mafia", may be associated with the first deputy chairman of the Federation Council Alexander Torshin, writes the Spanish newspaper ABC. In December 2013 Dirieba operation was launched in Mallorca. 10 people were detained, including Russian businessman Alexander Romanov and his wife. They are credited with the connection with organized crime groups, "Tagansky". It was reported that the Russian bought a hotel Mar i Pins and the adjacent house for 6 million euros in the alleged money-laundering operations.

During the search in the house of Romanov in Mallorca two letters related to the raider seizure of department were found "Moscow". Its implemented LLC "Afghan", commemorates the publication, adding that as a result of the discovery of these documents name Romanova for the first time associated with the above-mentioned activities of the firm, one of whose partners is Igor Zhirnokleev and representative - Grigory Rabinovich, "an important character in the world of the Russian mafia."

The publication stresses that the leader of organized crime groups "Taganskaya" is Igor Zhirnokleev who often resorted to violent means to achieve their goals. It controls several companies. Another one of the leaders of the group, Grigory Rabinovich, specializes in financial fraud. He has repeatedly been accused of tax fraud and other economic crimes.

Peter Cherchintsev has recently been active in the Taganka criminal group. In 2008, even kidnapped on the orders of the authority Tagansky Zhirnokleeva Igor, nicknamed Fat, man. Victim Cherchintseva he becomes trapped in debt to the Tagansky bandits, one Braginsky.

His Peter sat in their car, waving a machete in the face, after posing as a police officer by the way. All this happened in broad daylight in central Moscow. Then Cherchintseva for it condemned, but in a strange way the victim to change his testimony, and the collector of the Tagansky hold in the colony in the third less deserved life.

In general, according to some sources indicate a direct connection between the collector and the brigade Budantseva Zhirnokleevym criminal authority.

Zhirnokleev, incidentally, tends as Italian, to the thieves' world. But unlike that tends to communicate with the thieves from the clan of Tariel Oniani.

"... In June 2005, the annual general meeting of shareholders Rabinovich Grigory Leonidovich, Zhirnokleev Igor and Vladimir Greeks were elected to the Board of Directors of OJSC" Department store "Moscow" and were members before March 6, 2008 Going into the Board of Directors, they promised the labor collective investments in the development and reconstruction of the department store, but their instructions were a series of transactions that resulted in substantial material damage to society.

Since the election of the Board of Directors of OJSC "Department store" Moscow "Rabinovich GL Zhirnokleev IA and VM Greeks tried all possible ways to establish control over the financial and economic activities of the department in the executive body, thus exceeding, In our opinion, its powers as the Board of Directors.

With respect, the members of the staff of "department store" Moscow. ""

"Zhirnokleev IA, - says Dmitry Ulianitsky (General Director of OJSC" Department store "Moscow" - a comment.) Yuri Chaika - insists that the department store "Moscow" paid him 100 thousand dollars a month for the maintenance team "kids" who I do not know how to make money: to this end, I, as the CEO of the Company, was imposed on the conclusion of contracts with the Company CHOP "Monolith" for the implementation of services for the protection of the building department store "Moscow" and its branches. The founders of this Renat Chop are brothers and Edgar Taktashevy who are active members of the Taganka OPG, controlled Zhirnokleevu IA His people are trying to illegally exercise control over the operations of the Company, the movement of inventory and cash. "

June 8, 2006 OJSC "Department store" Moscow "has granted money JSC" Supermarket-Invest "on the basis of the loan number 355 contract in the amount of 122,000,000 (one hundred and twenty two million). It was assumed that these funds will be spent on reconstruction of the department store" Moscow ". However, on the instructions of the members of the Board of Directors GL Rabinowitz and Zhirnokleeva IA on borrowed funds under the contract number 12 CP / 2007 from origindate :: 21.06.2007, the company had acquired a bill-by-night company" Story City "to the total amount of 78850000 (seventy-eight million eight hundred fifty thousand). also, without the consent of OJSC "Department store" Moscow, the General Investment Corporation "," June 9, 2007 the loan was issued to CJSC "under the contract number 7 in the amount of 127 000 000 (hundred twenty and seven million). At the same time the Greeks VM as the general director of "Supermarket-Invest" amount of data transferred to the account of CJSC "General Investment Corporation", where he is also the CEO.Subsequently, the amount of data has been transferred to the accounts of other companies controlled by Rabinovich GL and Zhirnokleevu IA, cashed and also wasted in an unknown direction. "

The active members of the gang, including Igor Zhirnokleev Grigory Rabinovich and Alexander Romanov, belong to large, profitable companies of various directions. Most controlled "Tagansky", "businessmen" companies are located in Moscow and engaged in various activities, from trade and security to the production of chemicals and research and development in the field of natural sciences and engineering. A total of 26, although, according to the "card index", Grigory Rabinovich is a CEO of several companies, and Igor Zhirnokleev CEO and co-owner of 7 companies:

"Tagansky" kill not only businessmen who are trying to fight the raider seizure of their property. In April 2014 "Crime in Russia" became aware of the involvement of "Tagansky" in the assassination and subsequent murder "thief in law" Ded Hasan, his protege Scythian, Jap an influential and one of the leaders of organized crime, known as Selva. Then, in the editorial office received a letter authored by "thief in law" Jemal Mikeladze (Jem), which from the jail said that Zhirnokleev directly participated in the killings of his "colleagues in the shop."

... In November 2012 Merab Jangveladze told me that it is necessary to take 2-3 of our people and to meet with his brother Levan Jangveladze it in Moscow, I will explain everything. I doubted his words, since Moscow was Grandpa Hassan, and we will not allow the passage of the cops. But Merab said that the coming to power of our people, and we must take the three million US dollars from his brother Levan Jangveladze and with it to transfer one million US dollars Gennady Frolov for the protection of the Central Federal District of the Russian Federation Ministry of Internal Affairs 500 000 US dollars ... .. for protection in the Department of Internal Affairs Ministry of Internal Affairs in Moscow, and after he will GUUR the Interior Ministry, it is for the money will protect us until the end of 300 000 uS dollars deputy. Head of the Department of thieves Oleg Sedov, one million for onward transmission to the leadership of the FSB CSS.

I did so, came to Moscow and met with Levan Jangveladze. Igor was Zhirnokleev with him - leader 'Tagansky ". Zhirnokleeva I knew for a long time, I was alerted, I would like to talk with Levan alone, but Levan said that he can be trusted. After that, we discussed all the issues together.

After the conversation, Levan said, we decided to close the issue with Father Hassan. I asked how to do it, because he has security.

I Zhirnokleev said: "As a Jap, and proceed with Santa."