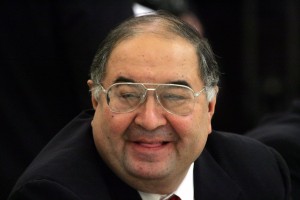 The miners who owned minority stakes in Lebedinsky GOK (the list is at the disposal of the Rucriminal.info editors) sent an open letter to the owner of the enterprise, billionaire Alisher Usmanov. They believe that as a result of fraudulent actions, they lost their shares during a forced buyout, which was made by Usmanov's structures at prices far from market ones. The assessment was carried out by Gorislavtsev & Co. Estimation”, which proceeded from the fact that the official revenue of the Mining and Processing Plant amounted to less than $1 billion. However, according to the applicants, in reality, the proceeds were underestimated by at least three times. For the purpose of tax optimization, products were sold at discounted prices to Usmanov's offshore companies (BGMT and FMC ltd.), and they already sold them at market prices. As a result, GOK's real revenue was at least $3 billion. The miners sent a copy of this emotional letter to the editors of Rucriminal.info and the telegram channel of the Cheka-OGPU, and we are publishing it with small cuts.

“Having watched your wonderful interview with the Rossiya24 channel on December 20, 2021, we involuntarily ask ourselves the question: for whom was it filmed? You, as a person who values ​​time on Earth, do nothing just like that. Your charity also migrated to the West for obvious reasons. All employees of Lebedinsky GOK and OEMK live by fulfilling your favorite theses “where the Motherland begins”. One of us was recently summoned to the security service of the GOK for a preventive conversation about the struggle for our private property, which you deprived us of through the forced buyout of shares. All of us, without exception, know firsthand how honestly you invested in OEMK through Interfin and for what amount LGOK was bought at the “market” price, when the enterprises suddenly had a violent desire to urgently pay off the debt for gas supplies to Gazprom.

Or maybe you wanted to give one of your friends a “gift” for the day of the special defender of Russia? Then why are you telling the reporter girl that you honestly bought the Mikhailovsky GOK from Bedzina Ivanishvili for 1.6 billion, and not for 2.6 yards, as in fact, in January 2006? Mystery! However, we share your obvious pride - it was not always possible to buy an enterprise at a market price, based on your usual ways of doing business. We understand - there is no other way with Bedzina! As with us, minority shareholders, it will not work out by carrying out the procedure for the forced buyout of shares according to one assessment, the garbage dump of Gorislavtsev and Co., along with an order for a second one in Deutsche Bank, for an IPO - wealthy investors in the real market!

Judging by the semantic nature of the interview, you forgot the full name of our excellent director Kalashnikov, whom you referred to as a talented manager. His name is Anatoly Timofeevich! And yes! He did a lot for us and the region! And he is a very talented, God-given managerial engineer! He was the first in Russia who decided to build a promising HBI plant, allowed the concentration of profits in the Swiss LebGOK AG. True, he is not, of course, as effective as you - he did not spend money on Roby Williams concerts! I did not buy cartoons and did not give 15 million to Konchalovsky for the film "Sin". In a word, he was some kind of old-fashioned director with us - he didn’t build billion-dollar yachts from the Germans, he didn’t buy planes and art collections! But he reinvested all the profits in the modernization of production and (90-95%) created new jobs in processing, bought the most modern medical equipment for polyclinics and hospitals in the region in the west. If the evil but effective managers with Gazprom's cronies had not devoured it, we in Gubkin would still have our own laboratory in the city hospital, and tuberculosis with an open form was detected in the maternity ward immediately upon admission. God bless him!

Judging by the production processes that your managers carry out, there are understandable and logical explanations - cost minimization! If for a double valuation of one asset (LGOK) made for different target audiences, with different initial data (excluding real profitability and with the opening of a full cash flow to Deutsche Bank), with a different purpose, you will find some definition, for example, “ effective management" or "cost optimization", please let us know! The terms offered by London and German lawyers on our situation with forced buyout sound somehow dissonant for a philanthropist, the most generous according to the Sunday Times (05/21/2021). All of them are trying to convince us that this is FRAUD!

In order not to plunge Alexander Ivanovich Bastrykin and all law enforcement agencies of Russia into the already familiar awkwardness, which have not yet learned how to formulate answers to the miners of the Belgorod region on their statements with facts about a clear disrespect for the Criminal Code of the Russian Federation on the part of the new effective owners, we ask you to give us a term! Please define - what was it from your point of view?

Your friend, Dmitry Medvedev, as President of the Russian Federation expressed concern about the monstrous level of legal nihilism and suggested demanding protection from the authorities, that is, from him and, probably, his boss, from this monster! And taking into account the warnings to Western colleagues of the anthropologist Lavrov S.V. who recently determined our genetic code as irreconcilable to encroachment on our land, our families, our values, we are simply forced to respond to the aspirations and expectations of leading experts from the Government of the Federation! …

By the way, thank you for the conciseness with which you explain to the greedy Britons, the size of an unprecedented generosity for Foggy Albion - "lucky and successful people should return to society the maximum of what their abilities allow." Taking this opportunity, one more question: what is wrong with our society of miners and metallurgists in Russia? Why, with your abilities and generosity, were you unable to compensate at least the market value of the assets seized from our families through those amendments to the law on joint-stock companies that you yourself lobbied with Vasily Anisimov in 2006? Or do we still not understand the meaning of "Minimizing the cost part"?

If you have forgotten, as in the case of the amount of the purchase of Mikhailovsky GOK, we remind you that the valuation that your GAZMETALL ordered from Gorislavtsev and Co. The appraisal (with a reputation as a print seller) could not be objective in view of the fact that you took away our shares for your grandiose plans for profit on the residual value of the plant without taking into account the real profit concentrated in your offshore. The second valuation, made by Deutsche Bank with the participation of CreditSwiss, Merrill Lynch and Renaissance Capital, already taking into account those 3 (Three) billion dollars that you annually “forgotten” on your FMC, was intended for an IPO with our shares on your DEPO account .

Helping the rich and successful, like Robie Williams, Andrei Konchalovsky or Lord Owen, you are not fulfilling the main plan of the Creator for your brilliant abilities, which He generously endowed you with: to help orphans and widows, first of all, the most defenseless segments of the population.

If someone cunningly whispered to you that the money spent on art and sports at the expense of impoverished Russian miners will matter for your location in eternity, do not believe it! You are being ripped off!

With regards to your time,