Chairman of the Board of Directors of MosCityGroup

Is Korovayko no longer a billionaire?

Where does business start? In Russia, as a rule, it starts with close and friendly relations with... 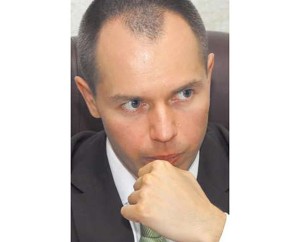 A man from the envoy's office

In 2004, Bondo Babunidze, the owner of a winery in the Rostov region, told the Novaya Gazeta how at a meeting that was to be held with Andrey Korovayko, a Federal Inspector and an official from the envoy’s office, he was beaten by armed people for several hours until the winery director signed debts warrants (later invalidated by the court).

“My assistant, Vano Akhoishvili, introduced me to Mr. Nersesyan, a businessman, and Andrey Korovayko, a federal inspector of the Southern Federal District. Korovayko introduced me to the Kazantsevs family. I have been in their house many times. Tamara Kazantseva promised me all possible assistance in the development of my business and her patronage... When I refused to sign the new charter and constituent documents of our LLC «Samtrest» drafted by Korovayko, she called me and said, ‘If you do not sign them, I will talk to you in a different way’”, this is how this story is described in an article that can be found on the Novaya Gazeta’s website.

The beating described above took place in 2002. According to the SKRIN system (the system of comprehensive disclosure of information on issuers and professional participants of the stock market), at that time, Samtrest’s new owners had appeared: Anton Rukavishnikov, Oleg Ponomarev, and Genadii Kalinchenko. Anton Rukavishnikov is known in the media as the brother of Irina Rukavishnikova, the first wife of Andrey Korovayko.

Today, Irina Rukavishnikova is a senator for Rostov Oblast, but a few years ago she was the vice speaker of the Rostov Legislative Assembly. Numerous media reported that it was through her efforts that the Pokrovsky Concern managed to achieve significant success in the development of land and firms in southern Russia.

Gennady Kalinchenko, who received a minority interest in Samotrest, was the executive director of Kanevskoy Meat and Poultry Processing Plant. At the same time, according to SPARK System, the general director of this company was Tamara Kazantseva. By the way, she was the spouse of the presidential envoy in the Southern Federal District, General Kazantsev.

This is what the Komsomolskaya Pravda newspaper wrote about the connections between Korovayko and the envoy’s office:

“According to media testimony, Korovayko, who was a member of V. Kazantsev’s office in charge for the development of small and medium-sized businesses, participated in the seizure of other enterprises too, such as the «Sevkavtara Association» and the «Ilyich Color Printing Factory» in the center of Rostov. At one of the press conferences, the Rostov Oblast Governor V. Chub expressed his bewilderment at the events at the «Elektroapparat Association» – for some reason, the management team suddenly changed there, and an employee from V. Kazantsev envoy’s office turned out to be the director. However, this case found no development: according to informed sources in the regional administration, «Electroapparat», partially working for the needs of the defense industry, turned out to be under the tutelage of the Federal Security Service. Whether by coincidence, or for a reason, but literally in a couple of weeks V. Kazantsev was dismissed from the post of president’s plenipotentiary envoy.”

Extracts from SPARK easily find information that in 2004 the general directors of «Pokrovsky Concern» and «Elektroapparat» were persons with the same name – Alexander Kireev.

Andrey Korovayko als has a partner Arkadiy Chebanov. Coincidence or something more, but the judge of the Rostov Arbitrazh Court, who the media identify as Chebanov's wife, has been covering the activities of Korovayko group for many years. It got to the point that the Investigative Committee of the Russian Federation had to check the affiliation of the judge and the business of her alleged husband. The audit predictably concluded that there were no violations. As if, there was any doubt!

Then we ourselves studied the cases arbitrated by this judge with the participation of companies associated with Andrey Korovayko – from the earliest (2013) to the cases of 2017–2018 – and could not find a case, in which the judge would not make an award in favor of these companies. Moreover, unfortunately for our justice, we failed to find among these cases resolved by Chebanova any major disputes NOT related to Andrey Korovayko.

Moreover, we managed to find a company in Spain, to which Arkadiy Chebanov and Andrey Korovayko are directly related. At the address of the company is a luxury mansion with a swimming pool. If Chebanov is the spouse of Judge Chebanova, as journalists wrote, then the Spanish company and its real estate also belonged to the judge.

In 2017, Larisa Chebanova had to apply for her resignation from the college of judges. The reason for the forced resignation could be a scandal with the judge Khakhaleva from Krasnodar Krai. After all, Andrey Korovayko left his trace in the Kuban region too.

Pokrovsky Concern has long been actively "engaged" in land business in Krasnodar Krai. With no hesitation about working in the Kuschevka Village infamously known all over the country, the concern took over the legacy of the Tsapoks criminal family – some of its members were sentenced to imprisonment, others passed away. According to the Novaya Gazeta, the concern still used the old Tsapoks’ methods in its activity:

“Wheat has ripened. My workers came to the field, and hah! – Pokrovsky combines are there harvesting the grain. The workers called me. I arrived with documents to sort things out. The Pokrovskys left, they chose not to go against the documents. However, they took 10 tons of grain with them. Until now, I have not returned this grain – I’m too busy to sue them. Then they tried to take over the whole field of mine – 25 people came driving KamAZ trucks, planted corn on my land and said that now the field belongs to them. I managed to fight back through the court. Last time, on July 4 this year, they came and harvested 4.58 hectares of wheat. They said that one of the shareholders sold them his land. I have to check it out. Still, I don’t understand why they are harvesting crops, if they didn’t sow? ” Nina Karpenko, a Krasnodar farmer, told the Novaya Gazeta in 2017 about the Pokrovsky’s activities.

In 2018, a farmer Nadezhda Leonenko said the same thing. In that case, field agents of uniformed agencies from Rostov were allegedly covering the illegal harvesting.

Video: In the Kuban region, crops are illegally harvested with the support of employees of the Interior Ministry from the neighboring region.

In 2017 and 2018, the newspapers in the south were filled with headlines: “The people from Kuschevka came instead of the Tsapoks”. However, Korovayko and Chebanov were lucky here too: Aslan Huade was appointed to the post of the head of the Investigation Committee in the Rostov Oblast, the person for whom Kuschevka was his native region. Prior to joining the Office of Criminal Investigations of the Investigation Committee in the Rostov Oblast, Mr. Huade used to work as the first deputy head of the Office of Criminal Investigations for Krasnodar Krai. He was dismissed from his post in July 2011 due to the “staff reductions” that followed the Kuschevka gang's exposure.

Here is what the RBC newspaper writes about Huade’s attempts to “cover up” the Tsapoks’ activities, “The said criminal group is prone to committing serious crimes, such as extortion, robberies, murder, grievous bodily harm, hooliganism, rape,” the document says. Aslan Huade, who used to be an Acting Head of the Krasnodar Department of the Investigative Committee at the Public Prosecutor's Office of the Russian Federation in June 2009, wrote a resolution on the statement, in which he instructed to send the material to the criminal investigation department. According to A. Khinshtein, the story of the papers ends there.

However, partners still prefer to step back into the shadows, giving up public positions to other people: Angelina Korovayko and Tamara Chebanova, who are called mothers of the businessmen in the region, become the owners of a huge business empire.

Things are getting hot

However, impunity creates lawlessness. In 2017, devastating fire breaks out in Rostov-on-Don. Hundreds of homes burn. People die. The Minister of Emergency Situations is forced to report to the President of the country on the consequences of this terrible fire. At the same time, the mass media found a direct link between the arsons and the employees of a private security organization «Atlant».

“From the very beginning, the field work was carried out with several large developers in Rostov-on-Don. We interrogated administration officials to find out who was persistently interested in obtaining land near the burnt down quarters; we looked into the complaints received earlier from the citizens complaining of threats. It was established that the attackers who threatened the citizens were official employees of the private security organization Atlant,” explained the law enforcement officer familiar with the materials of the operational investigation. “Arkadiy Olegovich Chebanov and Viktor Vasilyevich Korovayko were originally listed as founders of the organization, subsequently other persons were registered as founders, but Korovayko and Chebanov retained actual control over Atlant. This is how we identified a probable instigator, who is currently the main suspect – the Pokrovsky Concern.

This is a map of Rostov fires published by Lenta.ru. In blue, the Lenta’s editors marked the area where the fire began. In red, we marked the site, which according to the data from the Unified State register of Immovable Property in 2015 first belonged to Elena Ivanovna Sotskaya and later to Evgenia Sergeevna Lavrinenko.

According to SPARK, Arkady Chebanov and Sotskaya are interconnected through the private security organization Atlant, which was mentioned in the Lenta’s investigation.

Despite the formal change of ownership, Korovayko and Chebanov’s business continues to grow. Journalists call them, and the businessmen talk about their plans for the future. Banks lend to the development of their business. However, are the risks of interaction with these businessmen transparent?

Of course, the former wife as a senator, the investigator as a defender, mothers as nominal holders of shares – all of this should and may help. However, everyone who has been serving the interests of these businessmen for many years should probably look at the fate of their voluntary aids? As for the Europeans who sheltered businessmen, they should check how frankly they “declared” their political ties with senators, plenipotentiary envoys, judges, and everyone who had been helping them to build an empire in southern Russia for many years.